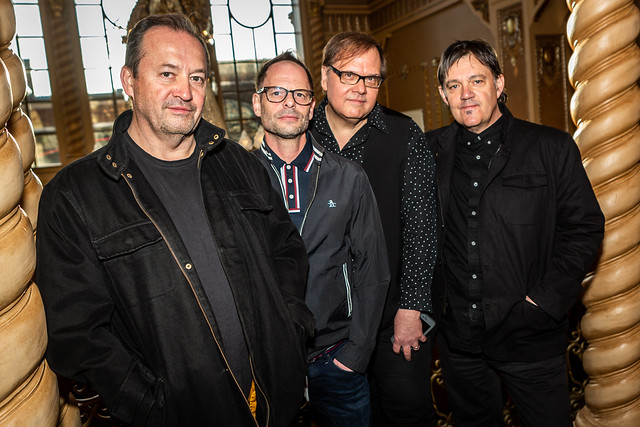 The Smithereens return to the State Theatre in Falls Church, Virginia, on Friday, Jan. 17, with Robin Wilson of the Gin Blossoms on lead vocalist!

The band was recently and deservedly inducted into the New Jersey Hall of Fame.

Huge fans of Buddy Holly and the ’60s British Invasion (particularly the Beatles, Kinks, and the Who), along with Elvis Costello and Nick Lowe, The Smithereens incorporated these influences and wore them proudly on their musical sleeves as they developed their own original style and sound.

Signature songs like “Blood and Roses,” “A Girl Like You,” “Only a Memory,” “Behind the Wall of Sleep,” and a raft of critically-acclaimed albums (Especially for You, Green Thoughts, 11 and many others) have cemented the band’s place in the hearts, minds, and ears of their devoted worldwide fanbase.

At the State Theatre on Jan. 17, Robin Wilson of the Gin Blossoms fronts The Smithereens as they continue nonstop touring around the world.

Watch The Smithereens perform “Blood and Roses” on YouTube:

Anyone who has heard The Smithereens on record and seen them live knows they are in for a bold and brash treat, with the band’s creative mix of melodic pop structures, lyrical prowess, and crashing waterfalls of high-energy sound enabling them to continue to be one of power pop’s most interesting and entertaining bands.