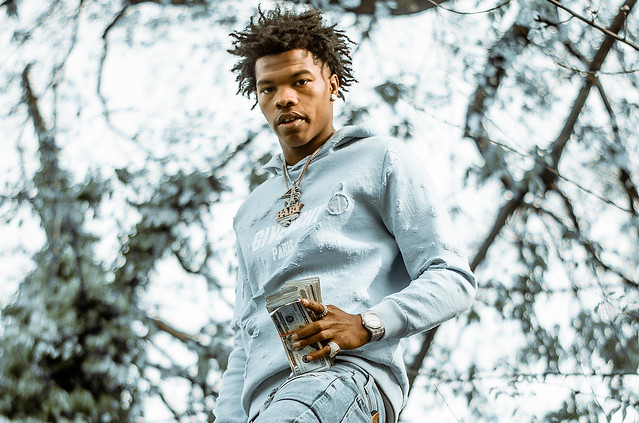 Hailing from Atlanta, Georgia, rapper Lil Baby is at the forefront of a new wave of hip-hop artists coming out of the city. In the short time he’s been recording — the artist penned his first bars in early 2017 — he’s found instant stardom and universal acclaim as a leading light within the scene, collaborating with rap luminaries Drake, Young Thug, and Lil Yachty.

Coming up in Atlanta, Lil Baby spent his adolescence in the same neighborhood as fellow trap star Young Thug — before the rapper wrote his first lines he was hanging out in the studio with Migos and the Quality Control crew, absorbing the creativity and determination that would later propel him to international fame. His first mixtape Perfect Timing was released in April 2017, featuring contributions from Young Thug, Lil Yachty, and Young Scooter.

Watch the official music video for “Woah” by Lil Baby on YouTube:

As Lil Baby sets his eyes on a second studio album, he recently released a new single, “Woah.” Rolling Stone liked what it heard.

“Produced by Quality Control producer Quay Global, ‘Woah’ is built on a bed of heavy hitting 808s and suspenseful piano, which provides Baby with a canvas to sing and stretch his vocals as he describes how far he’s come since embarking on a full-time rap career only two years ago,” Tom Breihan said for Rolling Stone.