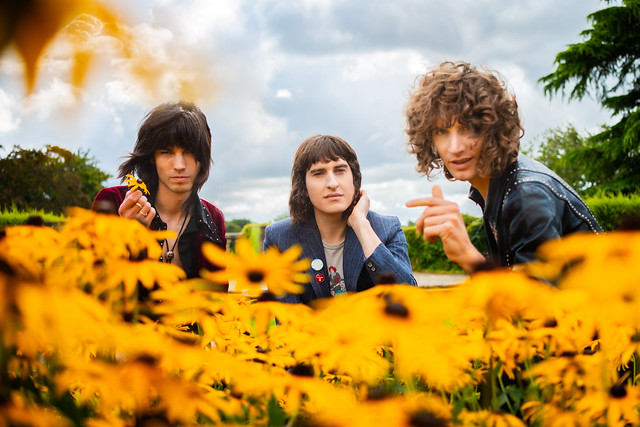 A brilliantly crafted, thoughtfully recorded collection, Hot Motion’s propulsive, seemingly immediate songs soon reveal an impressive depth of ideas and energy with subsequent listens because, as its title warns, Hot Motion is not a record that stands still.

“I’m excited for people to experience these songs for the first time,” said singer and guitarist James Bagshaw. “They are constructed in such a way that the album should feel relatively instantaneous, but we did not water down our creative ideas. Getting that balance can be hard, perhaps on the last record on some songs we used too many layers to create depth, but making this album we discovered that depth doesn’t simply come by layering things, it can come from the intensity of an idea.”

Watch the official music video for “Hot Motion” by Temples on YouTube:

“Hot Motion is arguably the band’s most ambitious statement of intent to date. It’s a sprawling, at times mesmeric, Technicolor fusion of styles and ideas that transcends any pre-conceived expectations,” said Under The Radar.

Take our word for it: Temples is a live show worth experiencing. You must see the incomparable excitement and energy from this quartet to believe it!