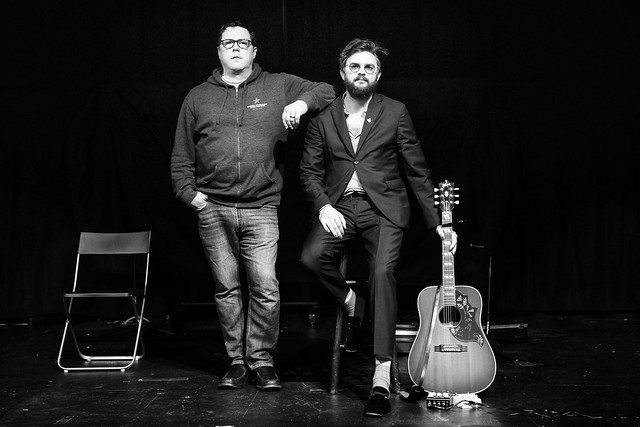 Damien Jurado and Nick Thune perform at The Miracle Theatre on Jan. 16, 2020. (Photo by Casey Vock)

On Jan. 16, Nick came on first to briefly introduce the show, and then Damien took the stage to play about an hour-long set. Nick followed Damien with his comedy routine, and then the two finish ed the show together.

Both natives of Washington state — though, as Damien mentioned, he lived in California for a while — Nick and Damien met through a shared business associate. Damien paid tribute to his home with “The Last Great Washington State.”

Damien’s casual attire contrasted with Nick’s more formal suit and tie. This was unintentional; Damien had meant to bring more suitable clothing on tour, but he overslept and had to grab a few things and rush to the small regional airport that he flies out of in the middle of the Pacific Northwest’s worst winter storm in some time.

Damien and Nick both have children, with Nick becoming a father more recently. Damien shared a charming story from when his younger son was six. As the boy was taking a bath, he spoke to his father through the door; as Damien noted, “He needs his privacy.” Damien was headed on tour the next day, and his son asked him if people did, indeed, pay to hear him sing song sad songs. When Damien answered affirmatively, the boy suggested that he was cheating people out of their money, and he should give it back.

Damien played off Nick well as a witty straight man. He had a certain deadpan delivery in his speech that contrasted with Nick’s more manic energy, which had the audience chuckling several times while he was onstage.

Stream In the Shape of a Storm by Damien Jurado on Spotify:

Damien told another funny story about composing a song for a car commercial. He was excited about the commercial because it was for Subaru, and he drives a Subaru. The commercial showed a man getting a Subaru, spending time with family, and then took a strange turn to reveal the man on his deathbed. In addition to having to having to work with a strange commercial, his competition included Gwen Stefani and Green Day frontman Billie Joe Armstrong. Ultimately, no one got the commercial, although he came away from the experience with an entertaining song.

Nick had Damien accompany him on a song about “Iron Man” that he wrote for when he auditioned for the Marvel character. Curiously, the song was about use of the term in athletic competition, and did not, at least obviously, have any relationship to the battlesuit-wearing Avenger. Nick, who is a sneaky 6’5”, said that he didn’t get the role because he was too tall to fit the in the already-constructed armor.

A prolific songwriter, Damien has released nearly 15 full-length, original studio albums over the last 20 years. Last year, he issued In the Shape of a Storm on Mama Bird Recording/Loose. Less than a year out, he was already playing new songs at Thursday’s show. The concert lived up to the promise of sad music, with old favorites like “Allocate” and “Working Titles” delivering on Damien’s trademark melancholy.

Here are some pictures of Damien Jurado and Nick Thune performing at The Miracle Theatre on Jan. 16, 2020. All photo copyright and courtesy of Casey Vock. 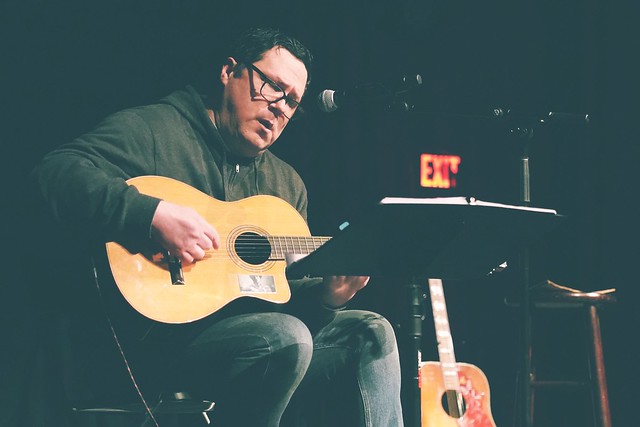 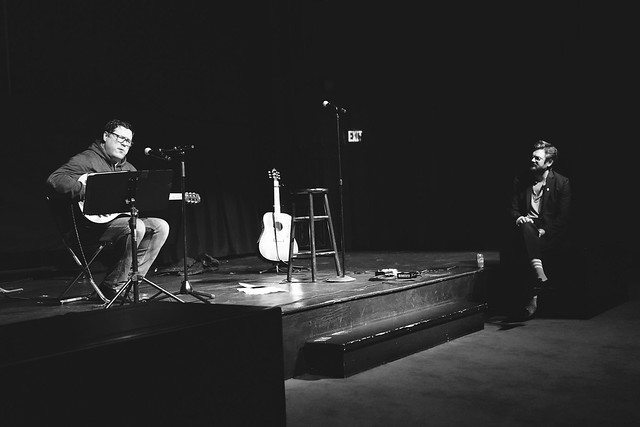 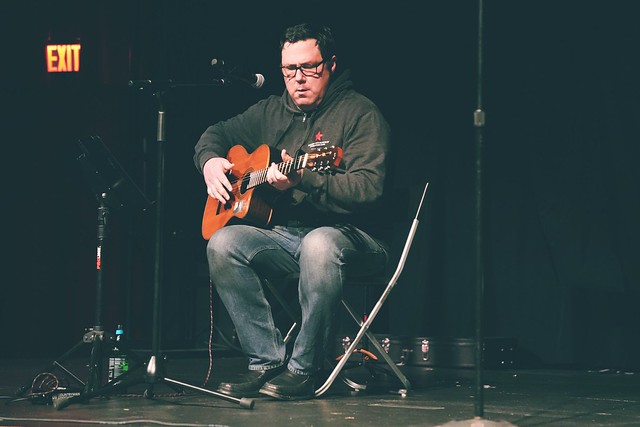 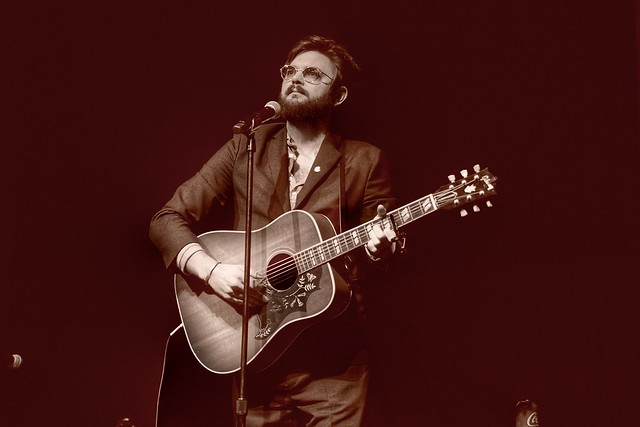 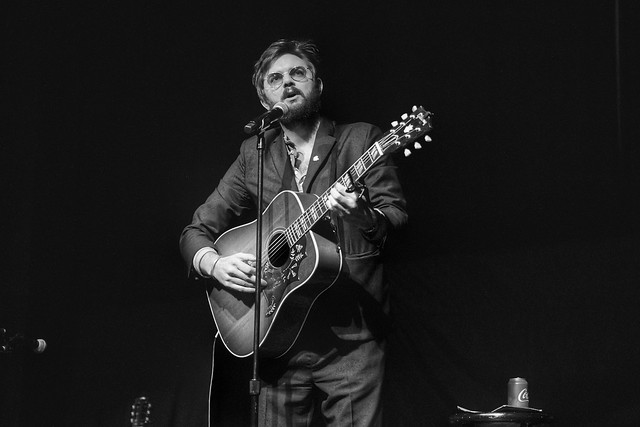 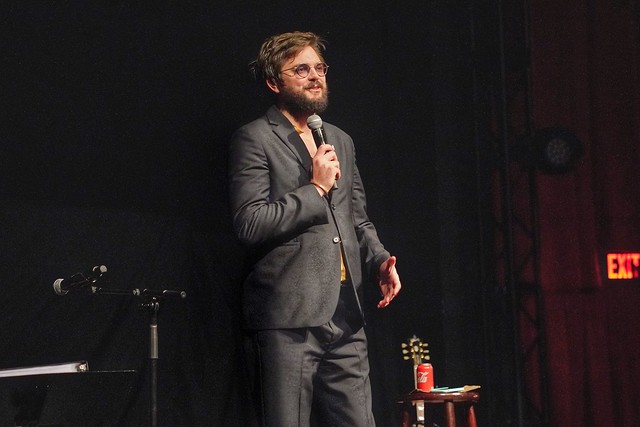 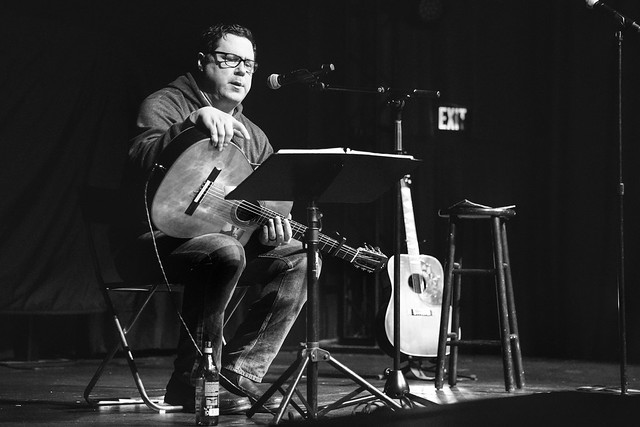 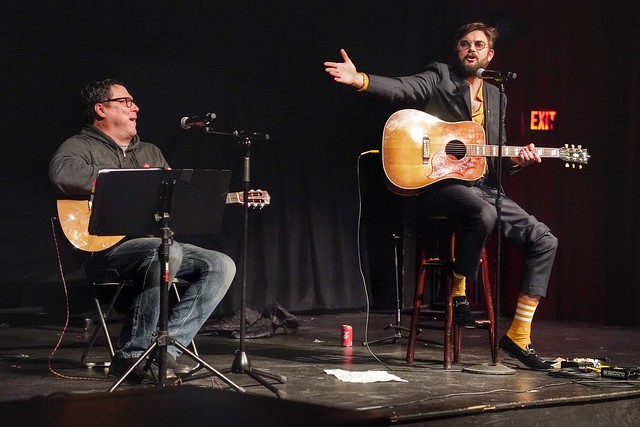 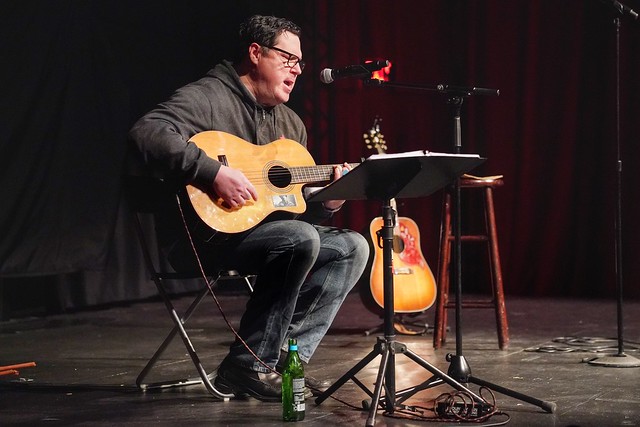 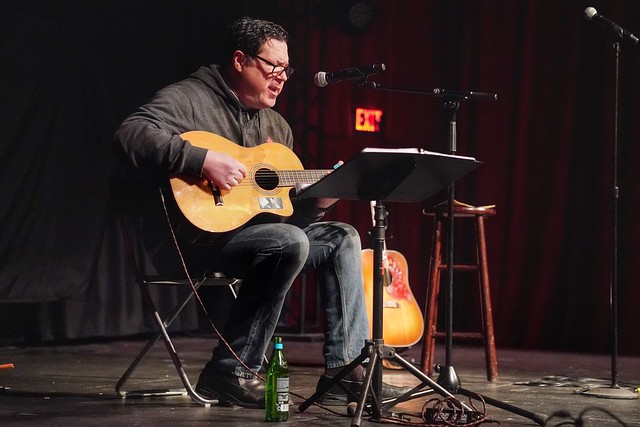