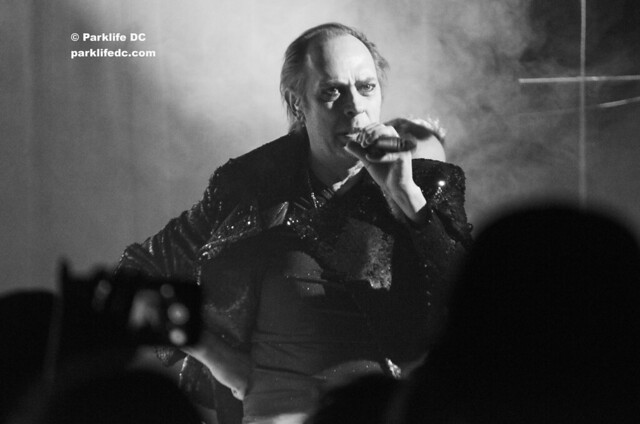 On Jan. 23 and Jan. 24, Peter performed more than a dozen songs, backed by his usual touring band, capturing that extremely influential period where Bowie’s glam tunes were redefining cultural chic across the United Kingdom and even the world. Parklife visited Le Poisson Rouge for the last of those shows on Friday, and it was deeply satisfying to witness Peter’s immersion into the music.

That an artist so significant as Peter Murphy would dedicate an entire evening to the music of another artist was alone moving and a maddeningly impressive subversion of ego, but that Peter, surely one of the 1972 witnesses to the “Starman” arrival via BBC, took the opportunity to bow so deeply to a source of his musical history was thrilling and moving all at the same time.

But most importantly, the emotive show was fantastically entertaining.

More impressive was that Mr. Murphy didn’t need to rely upon any tricks or gimmicks to present the show. Simply, he sang in his powerful baritone, channeling the songs of the older man through his own voice.

Peter began the show with some of the strongest selections of the night — “Suffragette City” and “Queen Bitch,” delving immediately into the Ziggy material. He paced the stage at Le Poisson Rouge, pausing at appropriately dramatic moments to raise his head, holding the microphone steady — perhaps a foot away from his face at times — his expression alternating between pensive and determined but always focused.

The sold-out room gave Peter energy. The crowd lapped at the edge of the low stage, and Peter sang directly to them. They would sing back to their favorite Bowie tunes, and of course they knew all of the words, shouting along to the likes of “Rebel rebel, you’ve torn your dress/ Rebel rebel, your face is a mess/ Rebel rebel, how could they know?/ Hot tramp, I love you so!”

Gently, Peter circled and returned to Ziggy Stardust with “Moonage Daydream,” pouring the irresistible rhythm of the number into the ears of a giddy audience. Soon, he took up a full-throated performance of “Starman,” his voice providing a vehicle by which we all traveled through the radio and into the sky.

After 10 songs or so, Peter returned to the stage for two more memorable songs. New Orleans cabaret artist Vinsantos, who opened for Peter Murphy on the previous night, started the first tune solo with a crystalline version of “Heroes” — for which the audience held a collective breath until Peter Murphy joined to weave in the lyrics of another song. Then from the ground, Peter sang “Space Oddity” on his back, adding an air of loneliness and mystery to the already deeply solitary song.

Many of you may remember that Peter Murphy postponed the last half of this Manhattan residency after being sidelined by a heart attack midway through it in August. Rest assured that he looked good, seemed in high spirits, and sang heartily.

Peter’s only spoken words during the entire show came simply at the end. “We love you, David Bowie.” Then he departed into the night.

Here are some photos of Peter Murphy performing at Le Poisson Rouge in Manhattan on Jan. 23, 2020. All photos courtesy Mickey McCarter. 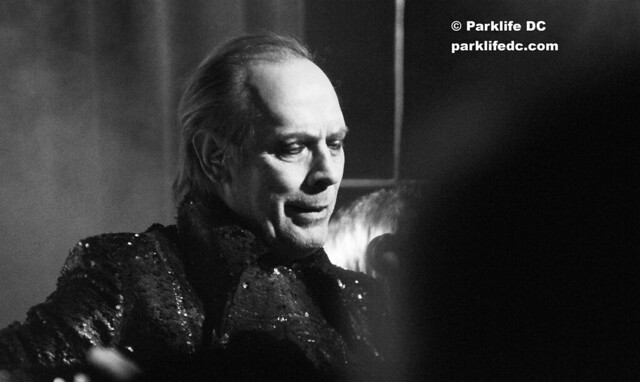 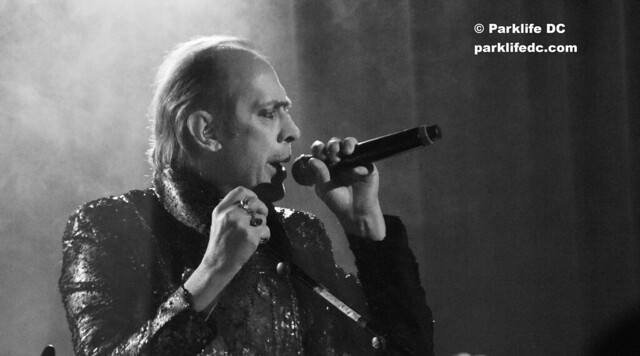 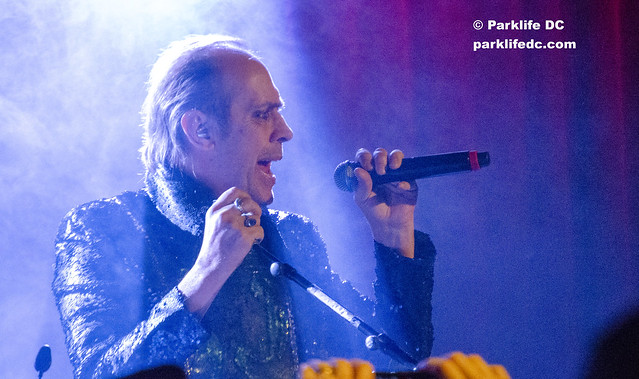 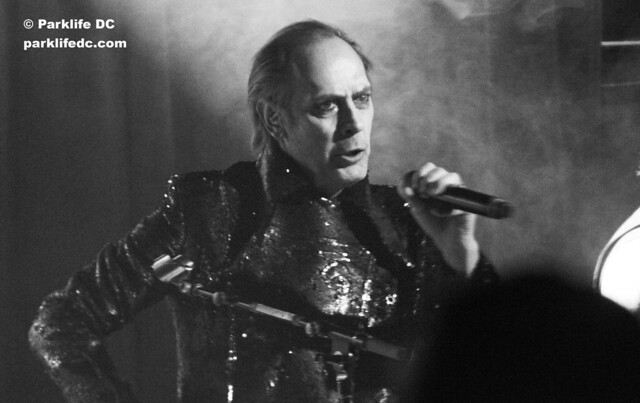 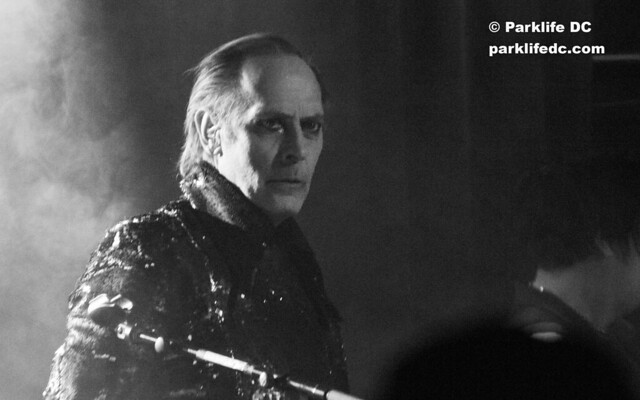 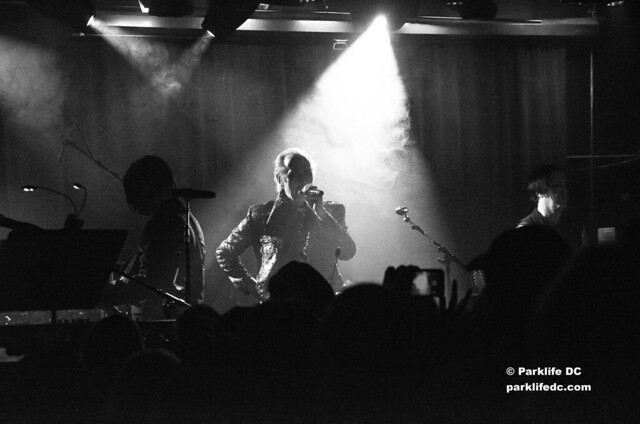 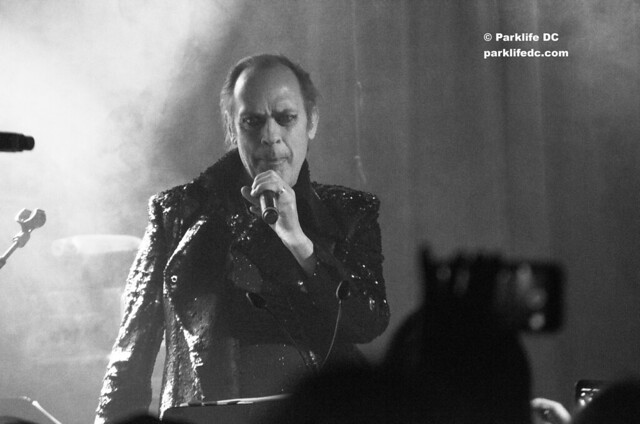 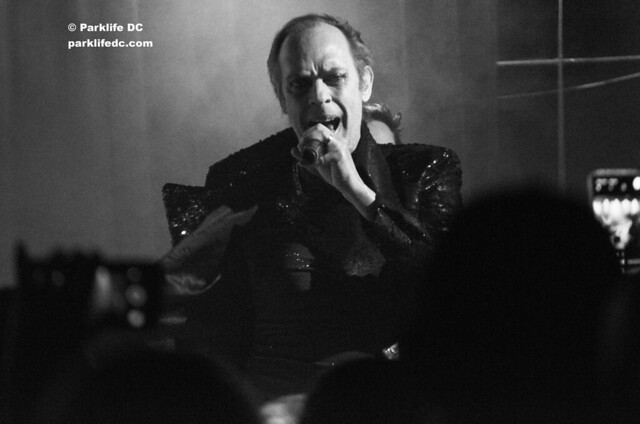 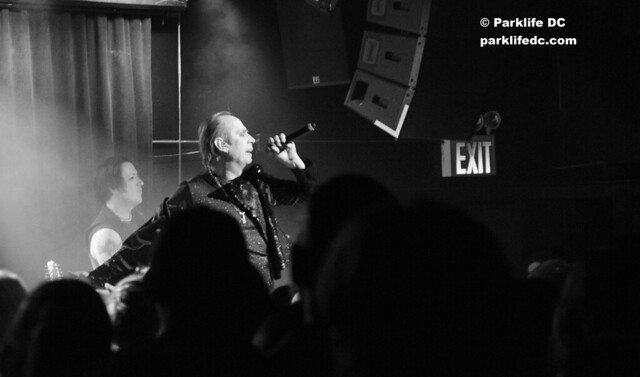 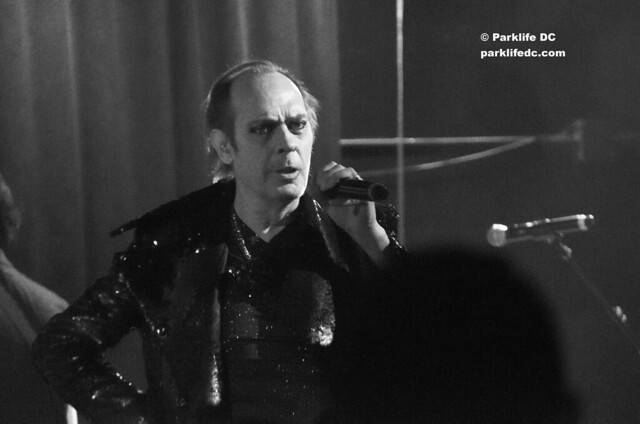 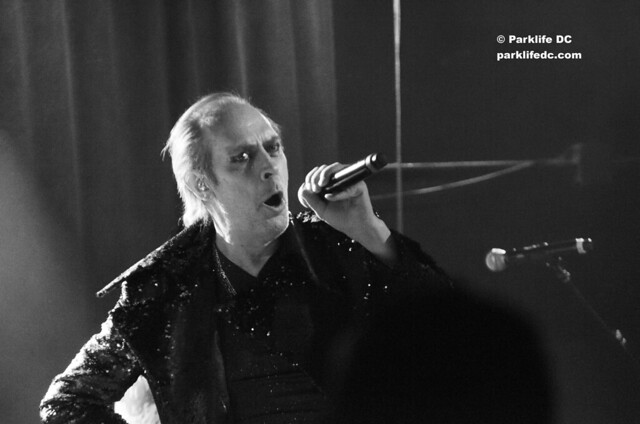 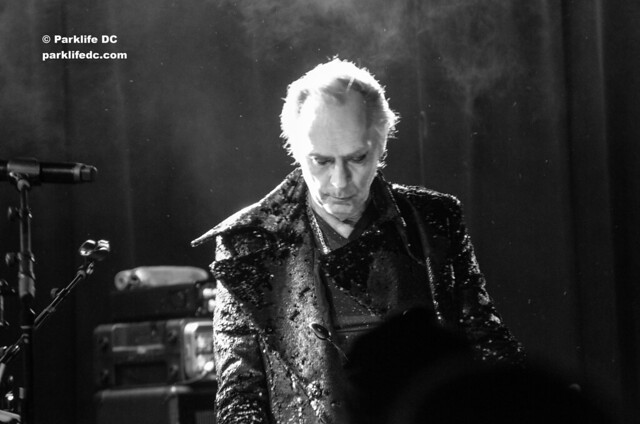 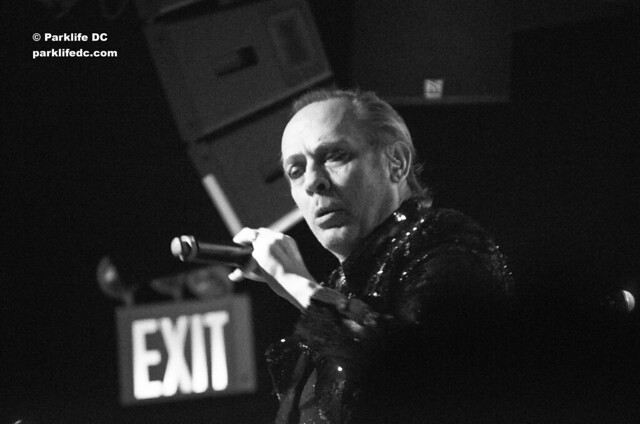 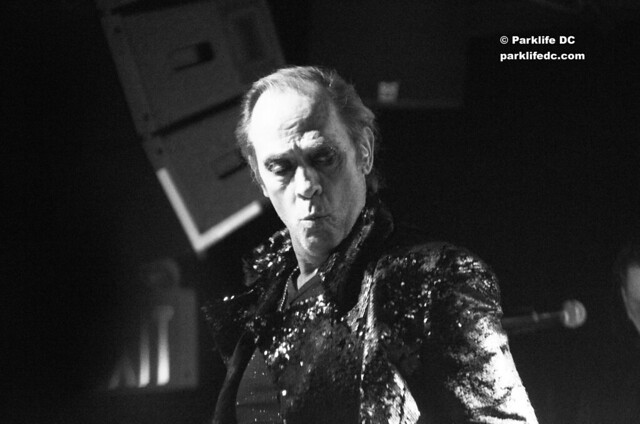 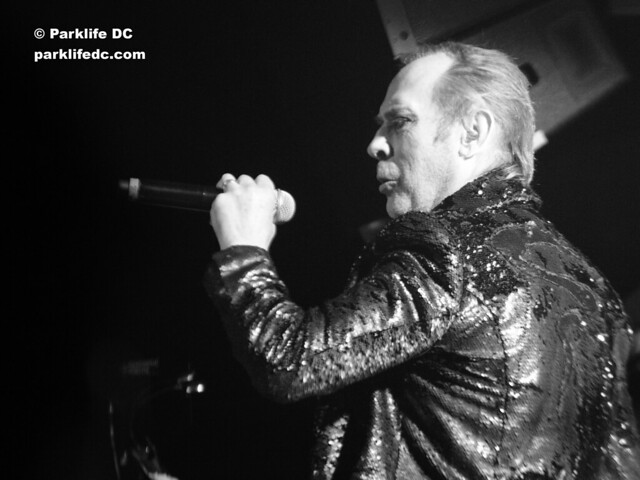