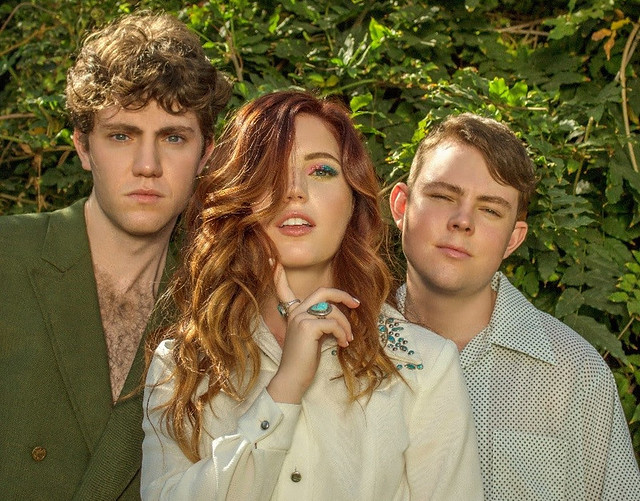 “Lonely Generation is the most personal thing we’ve ever released. We explore coming of age (all the good, scary and confusing things that come with that), discovering who we are as individuals, and falling in love. This sophomore album has been years in the making, but those have been some of the most important years of our lives. We want every single person who listens, to feel a little better about whatever it is that they’re going through, even if it’s because of the simple fact that none of us are alone. I hope our fans get to see themselves in these lyrics and get to know us better at the same time,” said frontwoman Sydney Sierota about the album.

On the “Diamonds” video, Sydney said, “‘Diamonds’ is one of my favorite songs on the record, and possibly my favorite music video, ever. We got to make up fake western characters for each other, talk in accents all day, film in an actual barn with horses and throw $1-dollar bills around. Pretending to be in an old western film was insanely fun and I’m so excited for everyone to see it!!!”

“Diamonds” follows bouncy lead single “Lonely Generation,” which addresses how it can feel lonely in this hyper-connected social media world and is a reminder to focus on real connection with each other.

Watch the official music video for “Diamonds” by Echosmith on YouTube:

An uplifting and honest coming-of-age soundtrack, Lonely Generation incorporates vintage synthesizers and upright piano into a framework threaded together by inventive guitar work as the band ponders the beauty in our differences and embraces individuality and all of the emotions that come with living life. Of course, Sydney wrote the album with her brothers Noah (bass) and Graham (drums).

In a review for AllMusic, Matt Collar says the new album consists of “hooky, lyrical songs painted with just enough day-glo new wave eyeshadow to help them stand out from the pop crowd.”