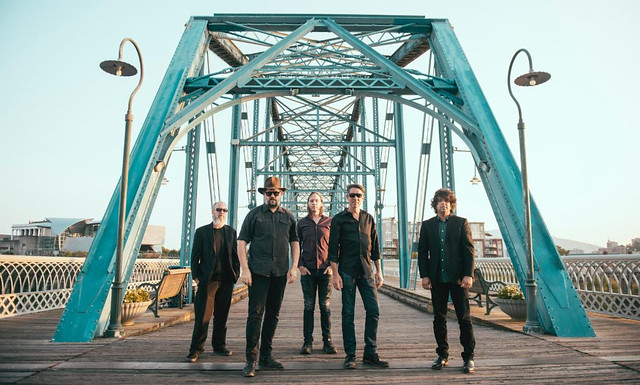 Co-founding singer/songwriter/guitarists Hood and Cooley both spent much of the time prior doing battle with deep pools of writer’s block. “How do you put these day to day things we’re all living through into the form of a song that we (much less anybody else) would ever want to listen to?” Hood said. “How do you write about the daily absurdities when you can’t even wrap your head around them in the first place? I think our response was to focus at the core emotional level. More heart and less cerebral perhaps.”

Watch the official music video for “Thoughts and Prayers” by Drive-By Truckers on YouTube:

“Drive-By Truckers use empathy, vivid storytelling, and subtle imagery to unpack brutal complexities… It’s political rock that never confuses passionate commitment with smug certainty, asking more questions than it answers on a hero’s journey into our darkest national impulses, and maybe in some small way, beyond them,” Rolling Stone said.