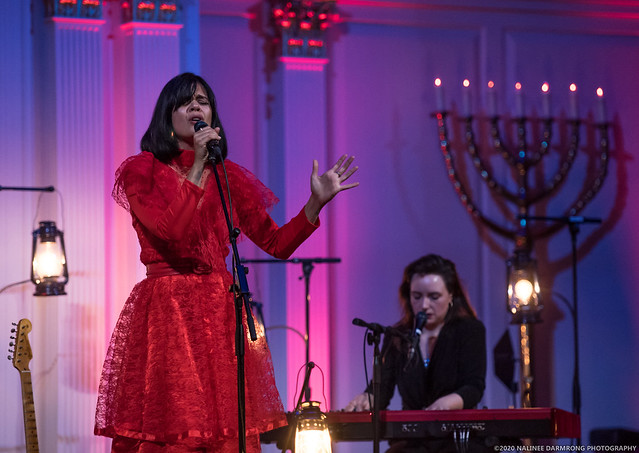 The entire concert was utterly entrancing on Feb. 18, but the cover songs added a sense of fun and adventure to the proceedings. “As a lot of you can tell, I am a child and fan of the ’80s,” Natasha said early in the show, and all four covers performed showcased that love. The first cover appeared embedded in a tune from her new album. Natasha introduced “Feel for You” as a song drawn from a diva who shares her surname — “I Feel for You” by Chaka Khan. Natasha’s song built itself upon hushed synths rather than the R&B star’s bombast.

Soon, Natasha covered “Boys of Summer” by Don Henley, a song that she embraced as fully capturing the temperament of longing during extended sunny days. She recorded the song for a live EP of the same name, recorded in November 2019 at Earth, London.  Natasha returned to covers in her encore with a stirring version of “This Woman’s Work” by Kate Bush and a spiritedly soulful performance of “I Drove All Night” by Cyndi Lauper, whom she apparently first discovered thanks to The Goonies theme.

Also appearing on The Boys of Summer EP are live versions of “Desert Man” from Lost Girls, “Daniel” from sophomore full-length Two Suns (2009), and “The Hunger,” also from the latest record. Natasha performed all of the EP songs during the Feb. 18 show.

Stream Lost Girls by Bat for Lashes on Spotify:

Natasha spoke to the audience directly between songs, and she stated that she sought to do a simple, intimate tour with only a fellow keyboardist rather than a full band to provide an opportunity to share her thoughts. In song and conversation, she was reserved yet splendid, singing with a graceful magnetism and imparting details about her music.

She was perhaps at her most mesmerizing when she performed “Close Encounters” from her concept album The Bride, and she introduced it with a passage called “Missing Time,” lifted from an accompanying novella that set the scene for the song.

As Natasha said at Sixth & I, it had been a while since she toured the United States! Let’s hope Los Angeles continues to inspire her current rush of creative energy and that we see her again soon.

Here are some photos of Bat for Lashes performing at Sixth & I on Feb. 18, 2020. All photos copyright and courtesy of Nalinee Darmrong. 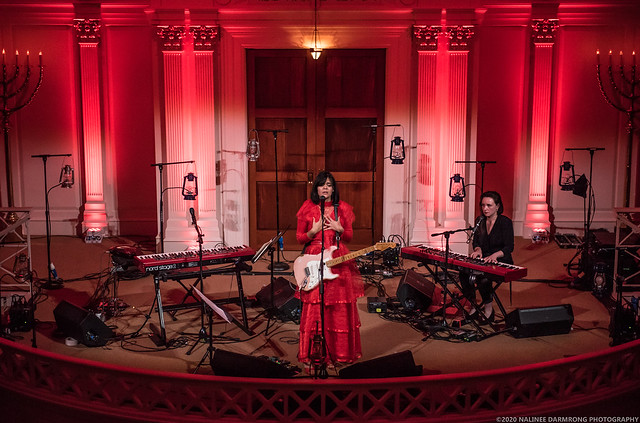 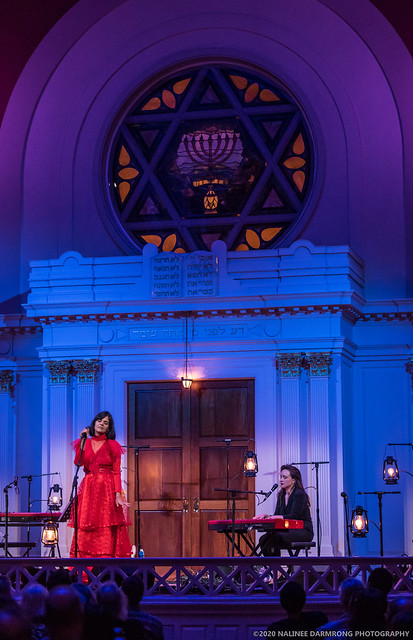 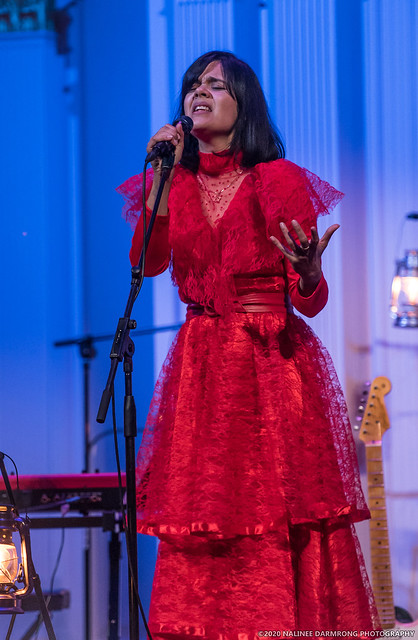 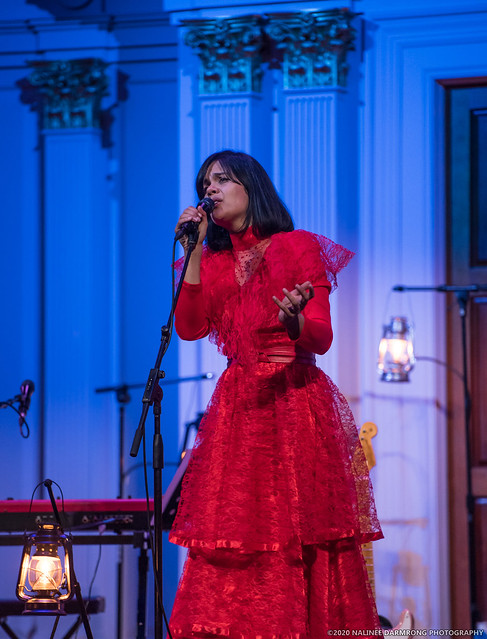 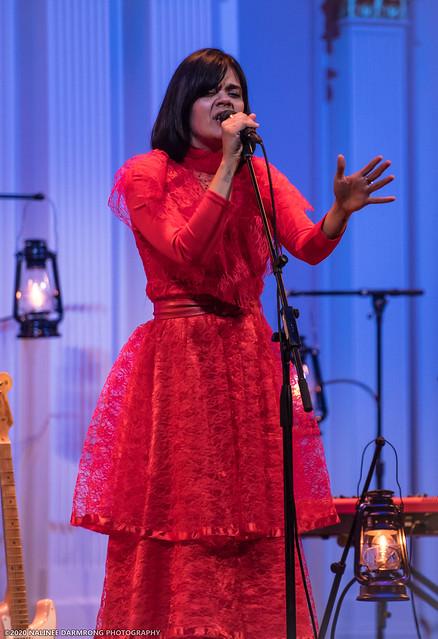 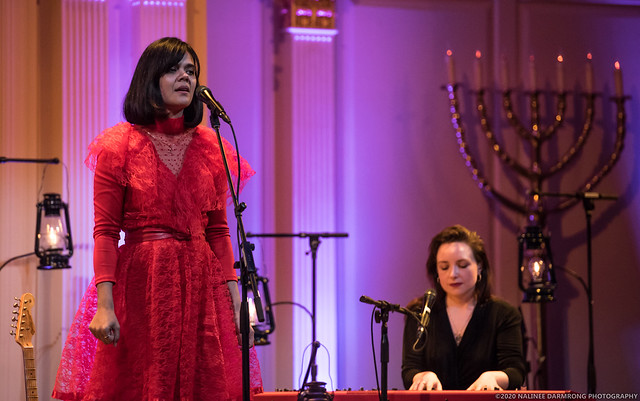 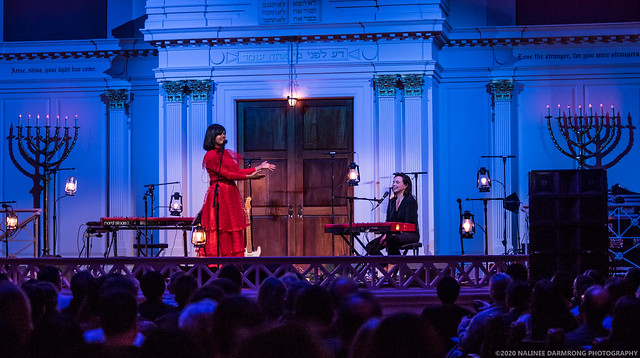 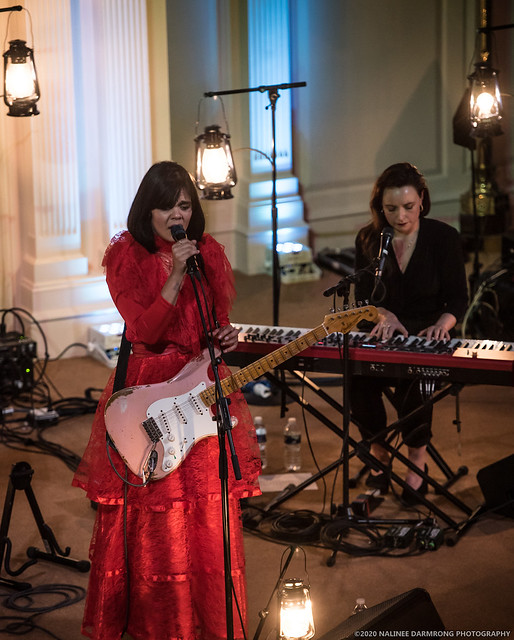 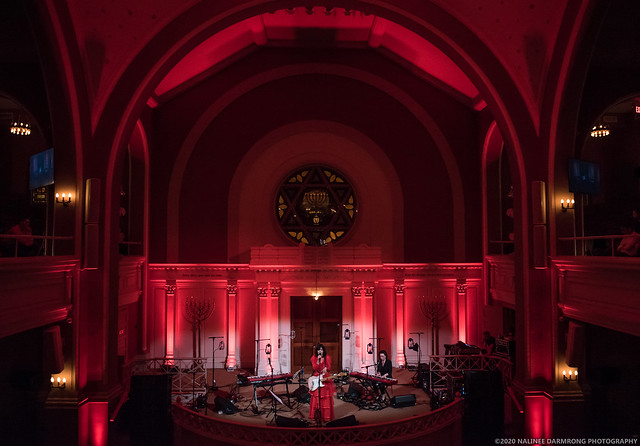 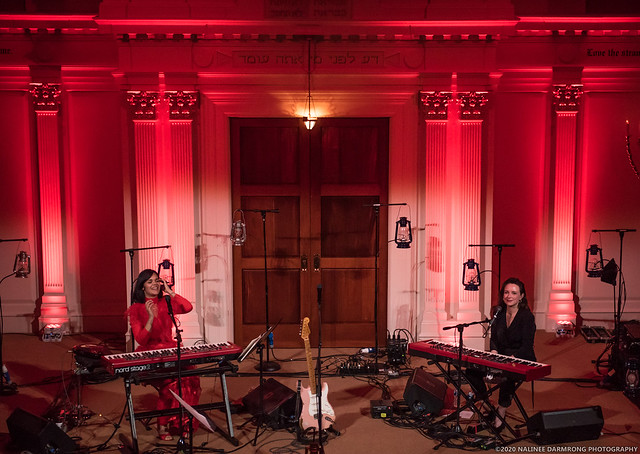