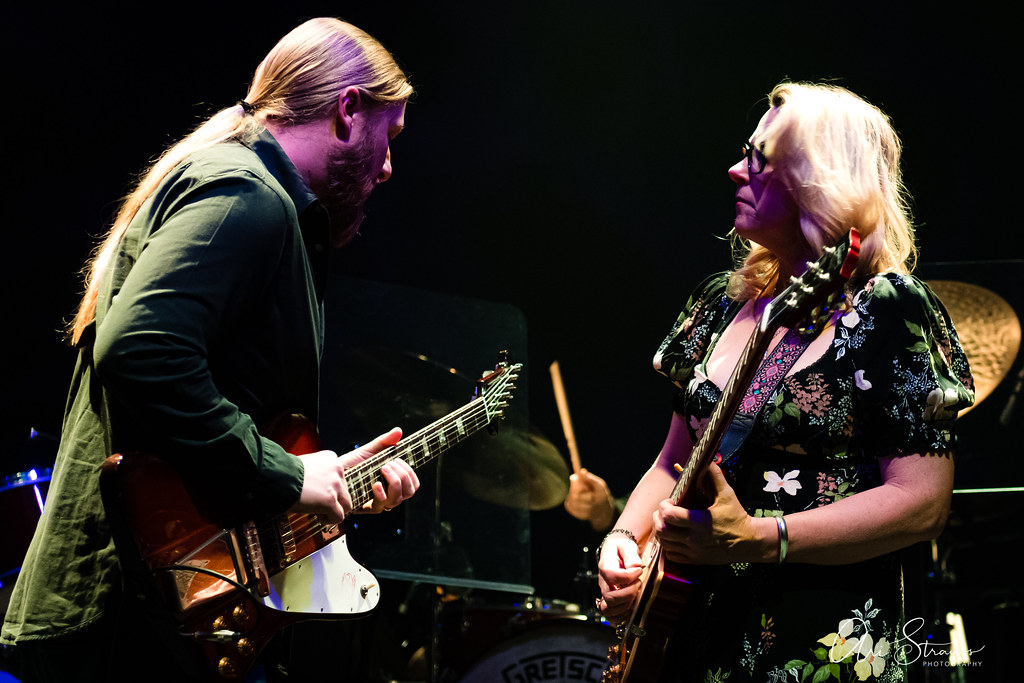 February in DC, for the past five years, means the Tedeschi Trucks Band, the 12-piece blues-rock supergroup lead by married couple Susan Tedeschi and Derek Trucks, holds an annual residency at historic Warner Theatre. This year’s residency included four sold out shows over two consecutive weekends, Feb. 14 and 15, and Feb. 21 and 22.

The Feb. 21 show opened with “Don’t Let Me Slide,” a track off Revelator, the band’s first studio album release from 2011. The second song was “Laugh About It,” which was followed by “They Don’t Shine,” a track from the band’s fourth and most recent studio album, Signs, which was released in February 2019 via Fantasy Records and Concord Music.

The fourth song, “Right on Time,” was followed by “Get What You Deserve,” a cover from the Derek Trucks Band, which featured Mike Mattison on lead vocals. “Keep on Growing,” a Derek and the Dominos cover, featured spectacular vocals by Susan and a great slide guitar solo by Derek. Next came “Until You Remember,” followed by “Learn How to Love,” and the first set concluded with a soulfully uplifting cover of Dan Penn’s “Sweet Inspiration” which again featured Mike Mattison sharing lead vocal duties with Susan.

The second set started out with the band in acoustic format. The first song, “Calling Out to You,” featured Derek and Susan alone on stage with Susan signing and a seated Derek accompanying on acoustic guitar. Midway through the song, saxophonist Kebbi William appeared from the side of the stage playing the flue part that was previously played by former band member Kofi Burbridge, who died last year after a long battle with heart disease. It was a beautiful and fitting tribute one year after Kofi’s untimely passing.

Watch the 2013 video on YouTube of “Calling Out to You” featuring Kofi Burbridge on flute:

The acoustic theme continued through the next three songs, “Keep Your Lamp Trimmed and Burning” (Blind Willie Johnson cover), “All My Friends” (Cowboy cover), and “It Hurts Me Too” (Tampa Red cover). For these songs, bassist Brandon Boone set aside his Fender electric bass and played a bass fiddle. The two drummers, Tyler Greenwell and JJ Johnson, stepped down from the drum riser set up at the edge of the stage with matching minimalist silver kits and brush sticks.

After the mini-acoustic set, the band “plugged back in” and jammed out to a cover of Dr. John’s “I Walk on Guilded Splinters,” followed by “Part of Me,” and Bob Dylan’s “Don’t Think Twice, It’s Alright.”

Next, the band stepped aside and watched with the audience as JJ and Tyler engaged in an amazing 7-minute drum duet which lead immediately into “Let Me Get By.” After a cover of Charles Segar’s “Key to the Highway,” and “The Storm,” the band wrapped up the second set with a rousing cover of “Whipping Post,” by the Allman Brothers Band.

After a brief break, the band came back on stage for their encore number, “Made Up Mind.”

It’s worth mentioning that Derek typically plays an entire show on one guitar, his 2011 Gibson SG Dickey Betts limited edition. The guitar, which is actually an artist proof model (Artist Proof #4) was a gift from Duane Allman’s daughter Galadrielle, and it has been his No. 1 guitar for quite some time.

Knowing that, it was notable when Derek came out on stage for the opening number wearing a vintage 1961 Gibson Firebird V. He would go on to use the SG as his main guitar for the evening, but the Firebird would come out a few additional times during the show.

Tedeschi Trucks Band is an amalgamation of two bands. After touring together in 2007 as the Derek Trucks Band and Susan Tedeschi’s Soul Stew Revival, the couple merged their respective groups to form a supergroup in 2010.

Keyboardist Gabe Dixion has been a touring musician with the band since 2019.

Encore
Made Up Mind

Enjoy some photos of Tedeschi Trucks Band performing at Warner Theatre on Feb. 21, 2020. All images copyright and courtesy of Ari Strauss. 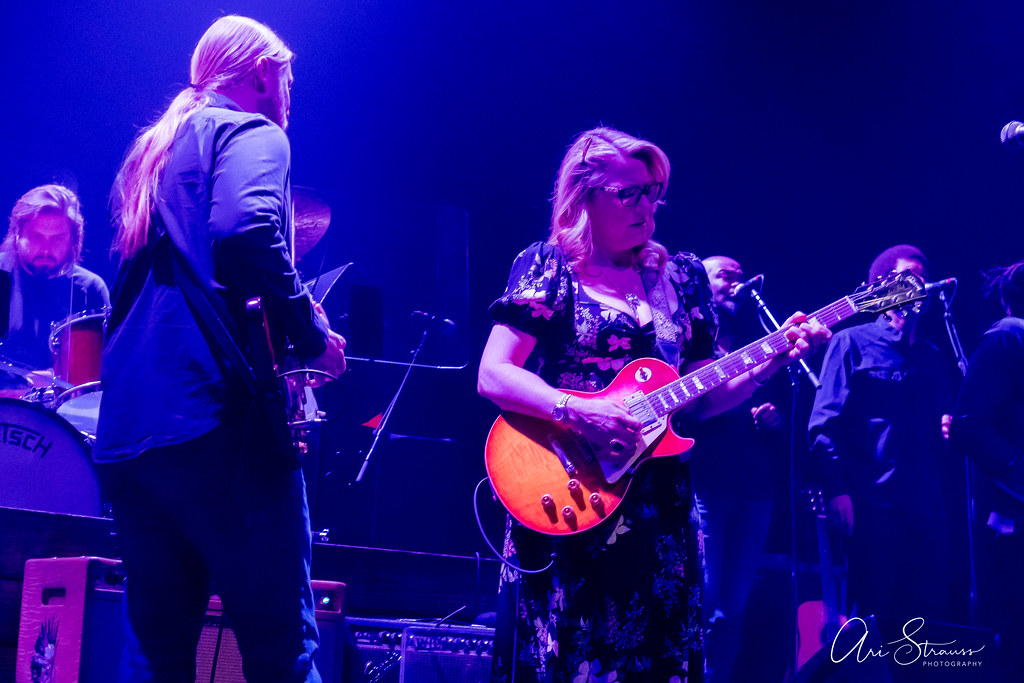 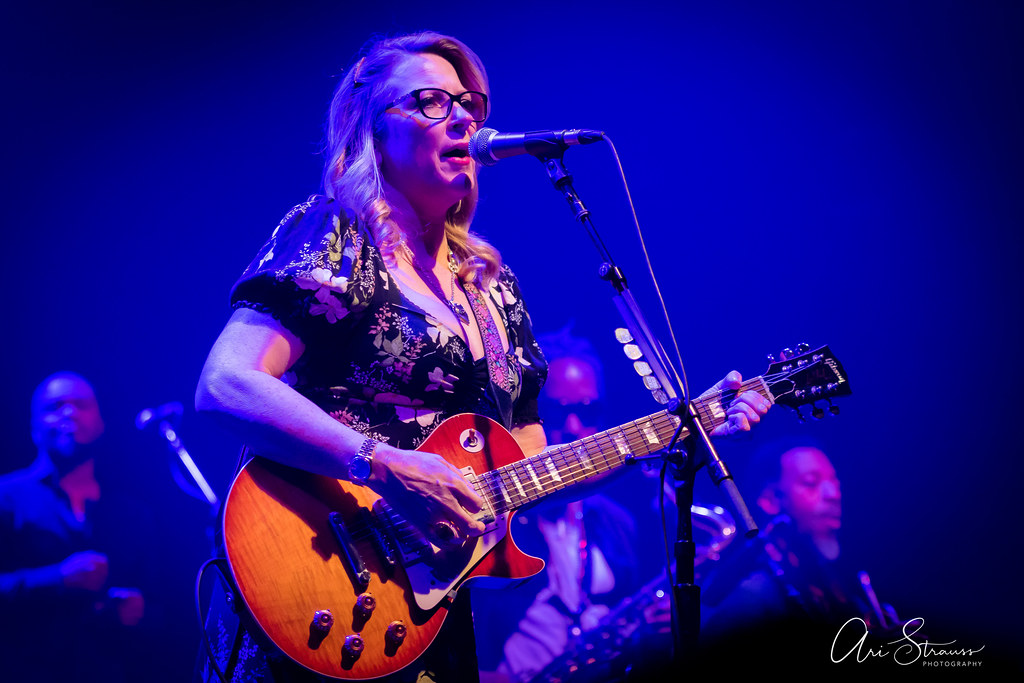 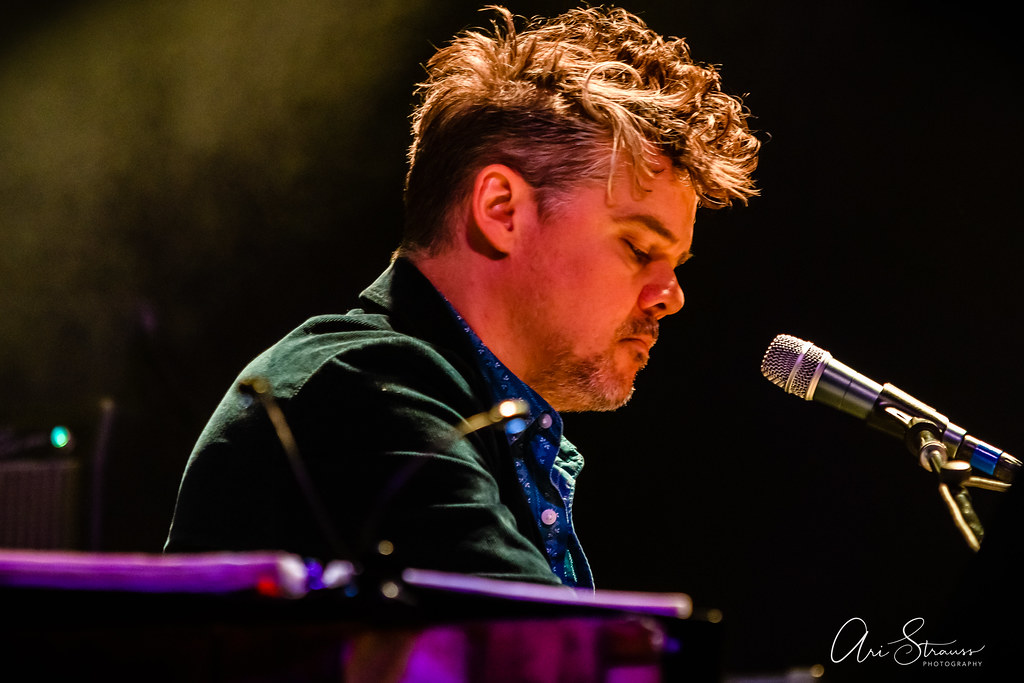 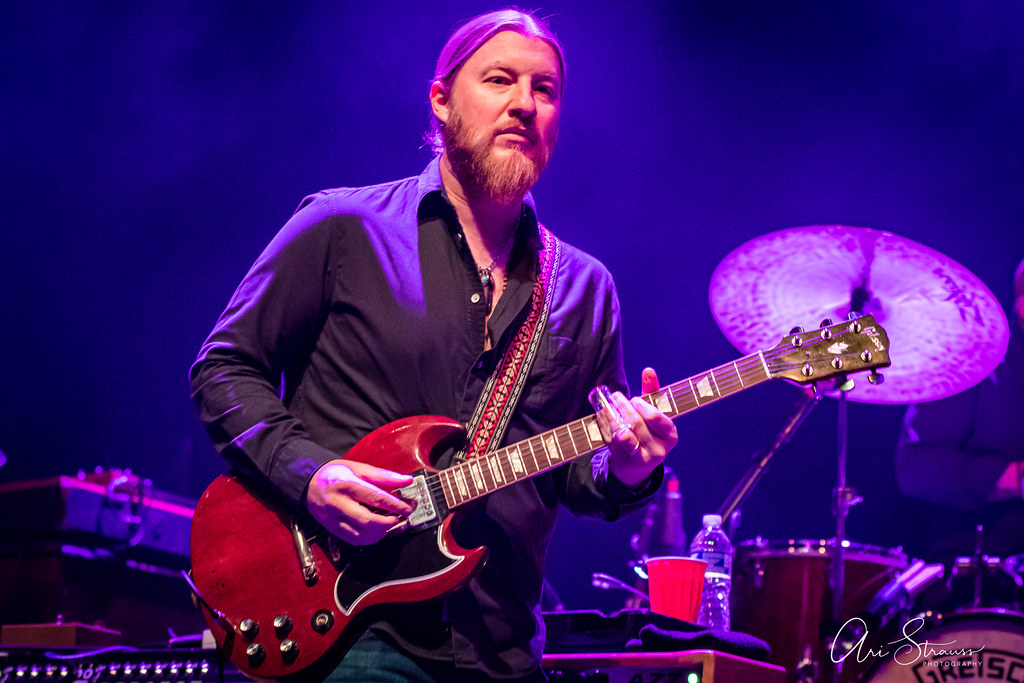 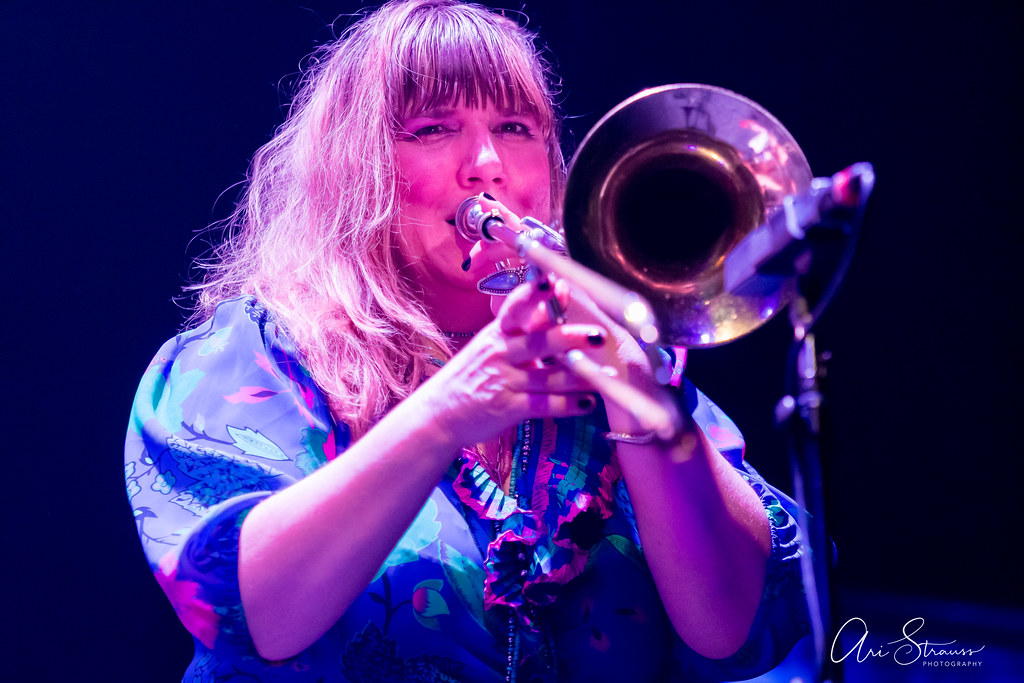 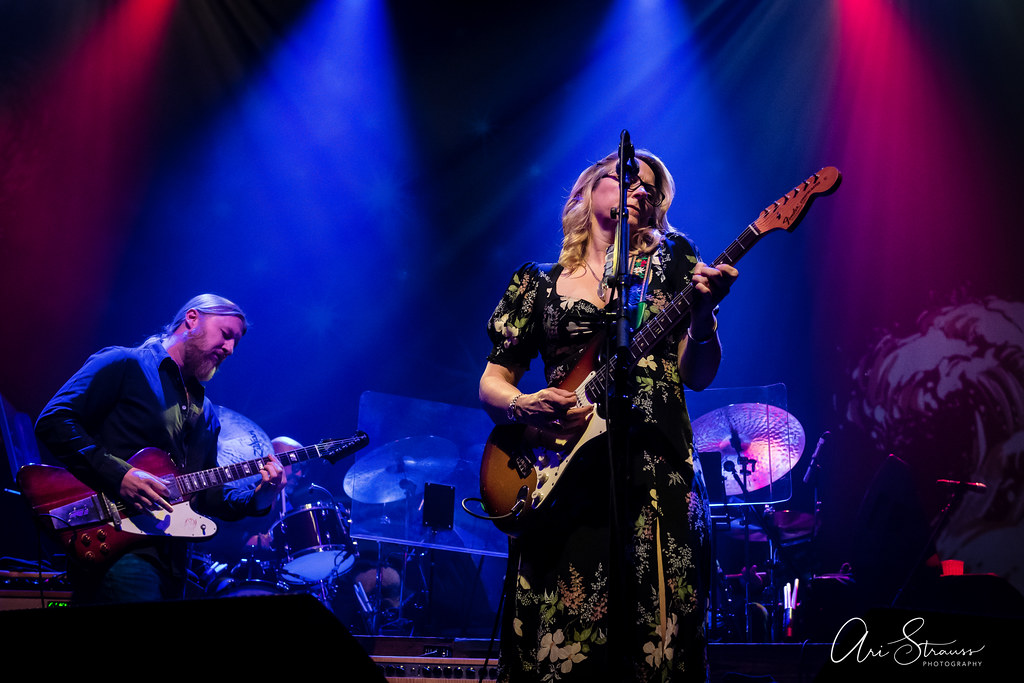 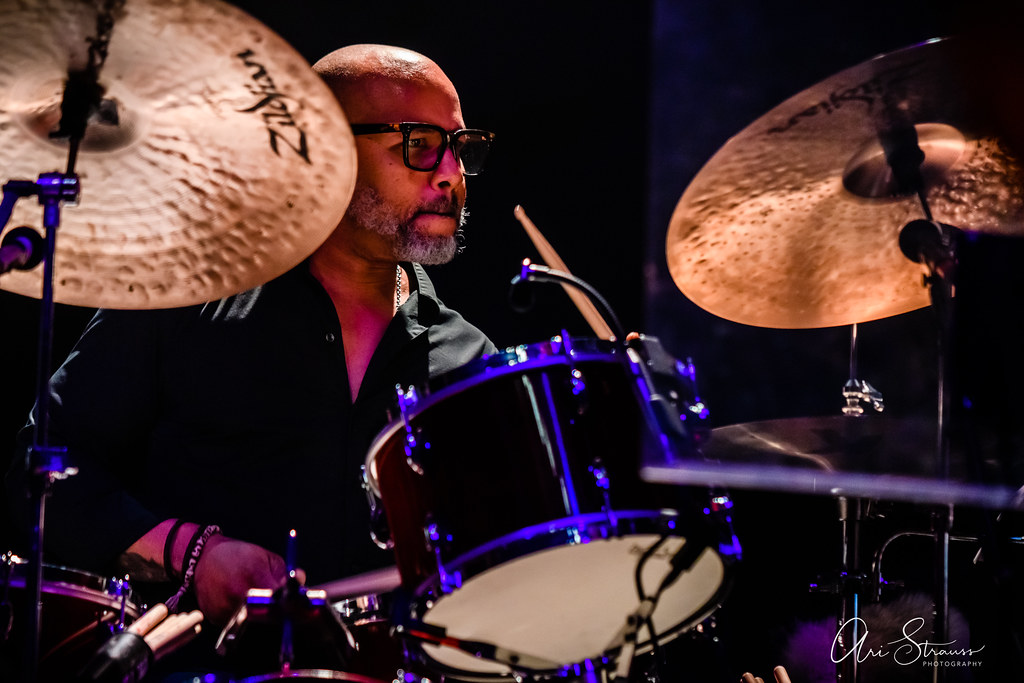 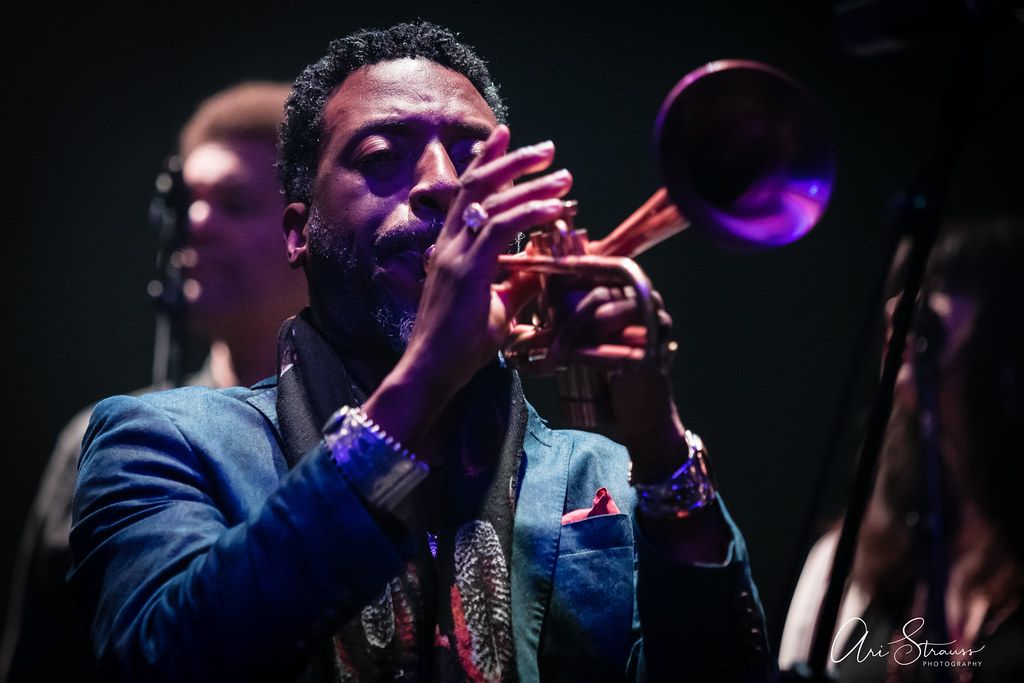 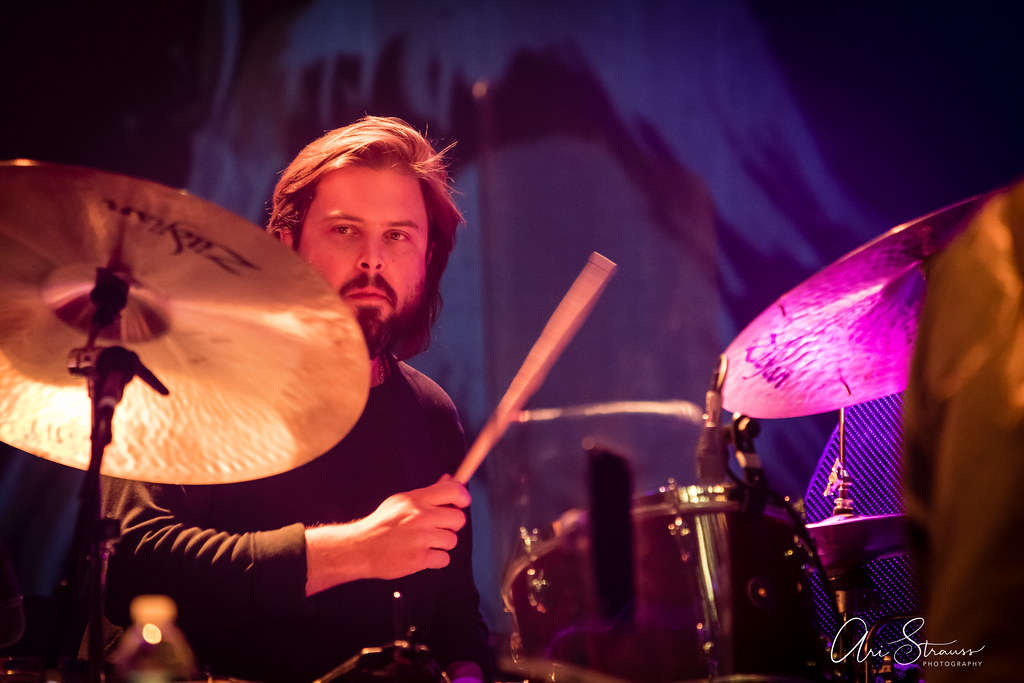 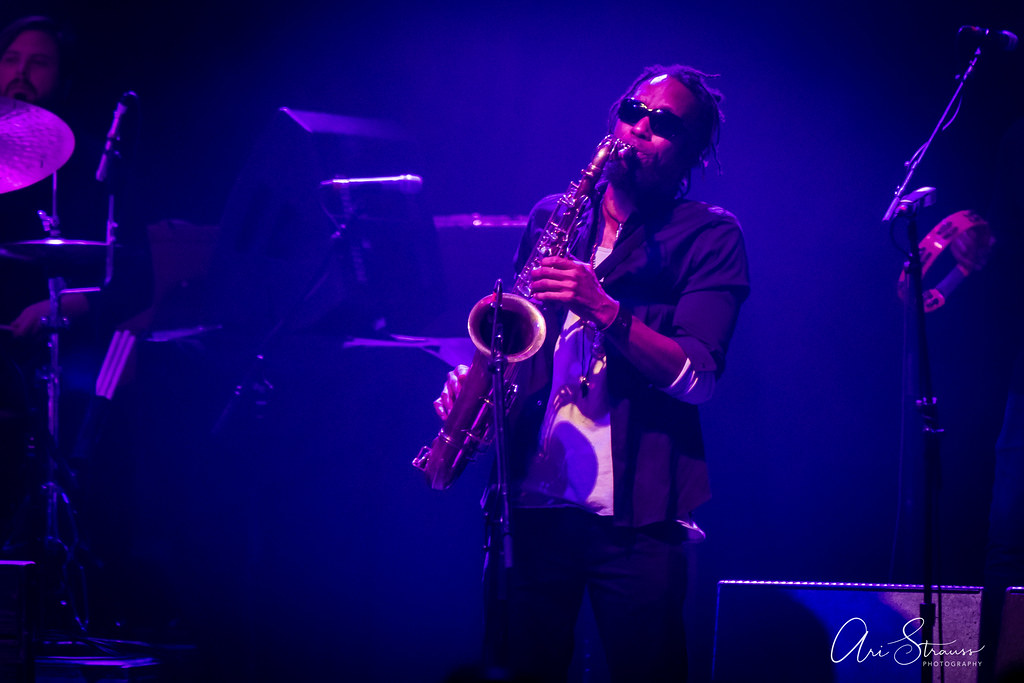 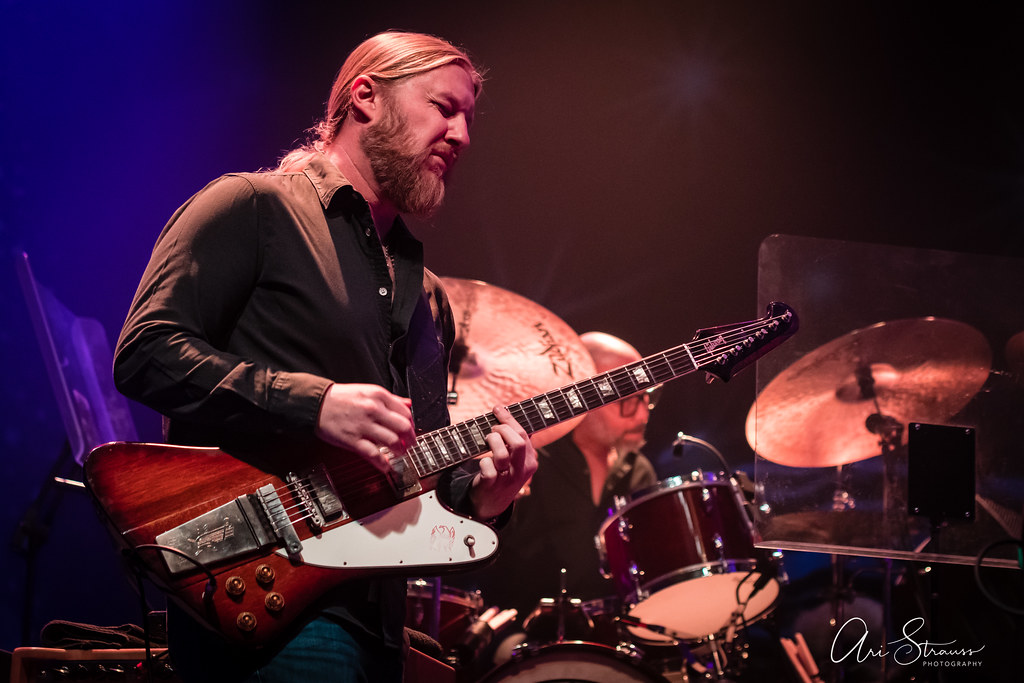 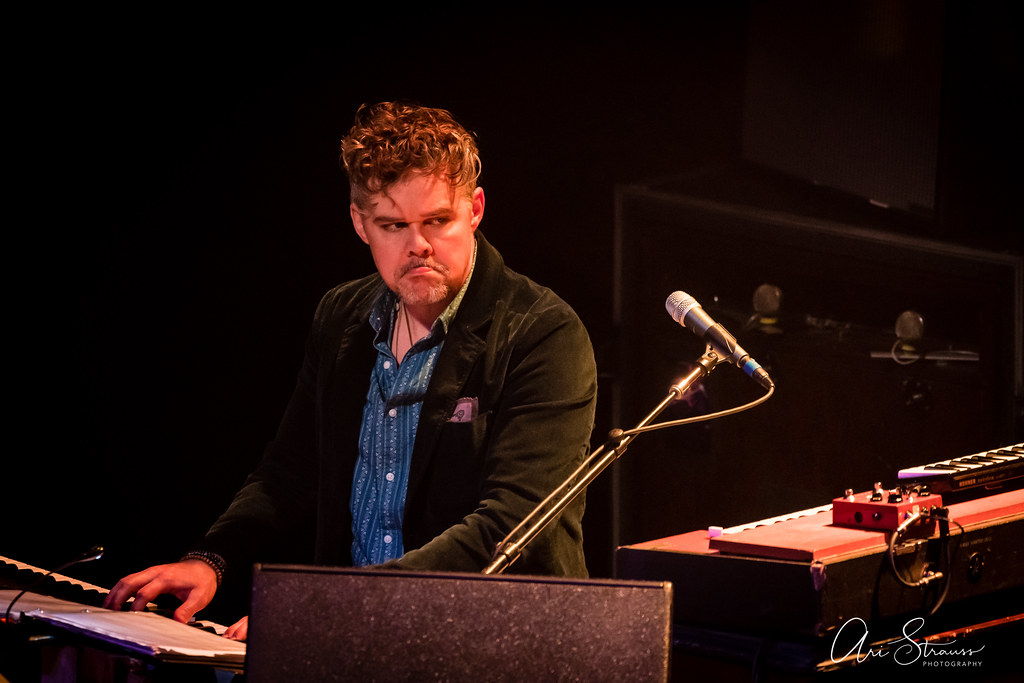 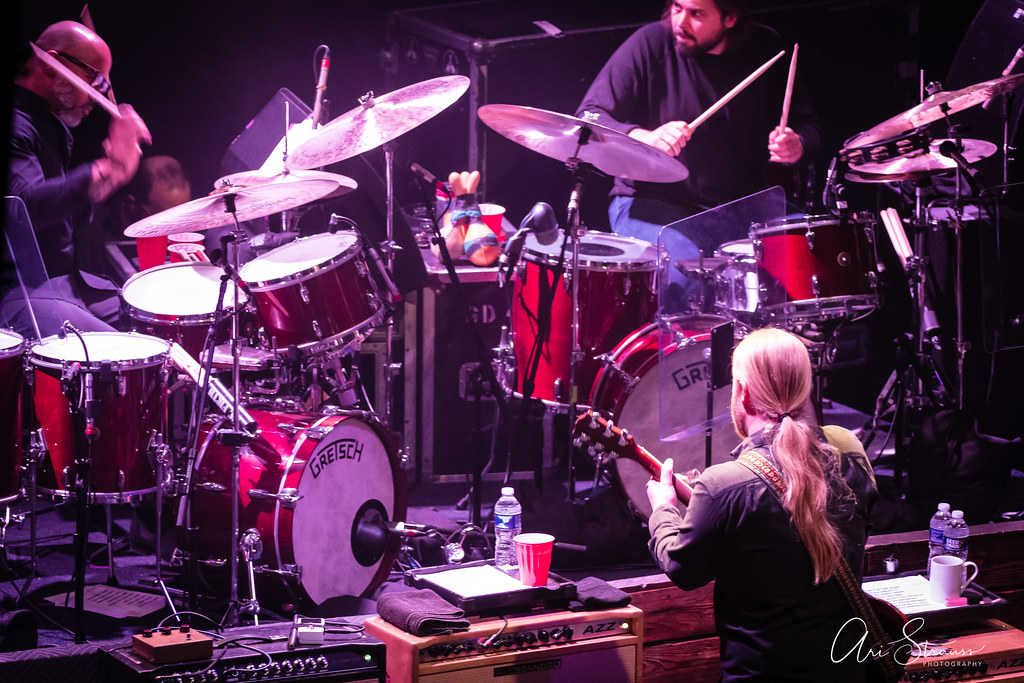 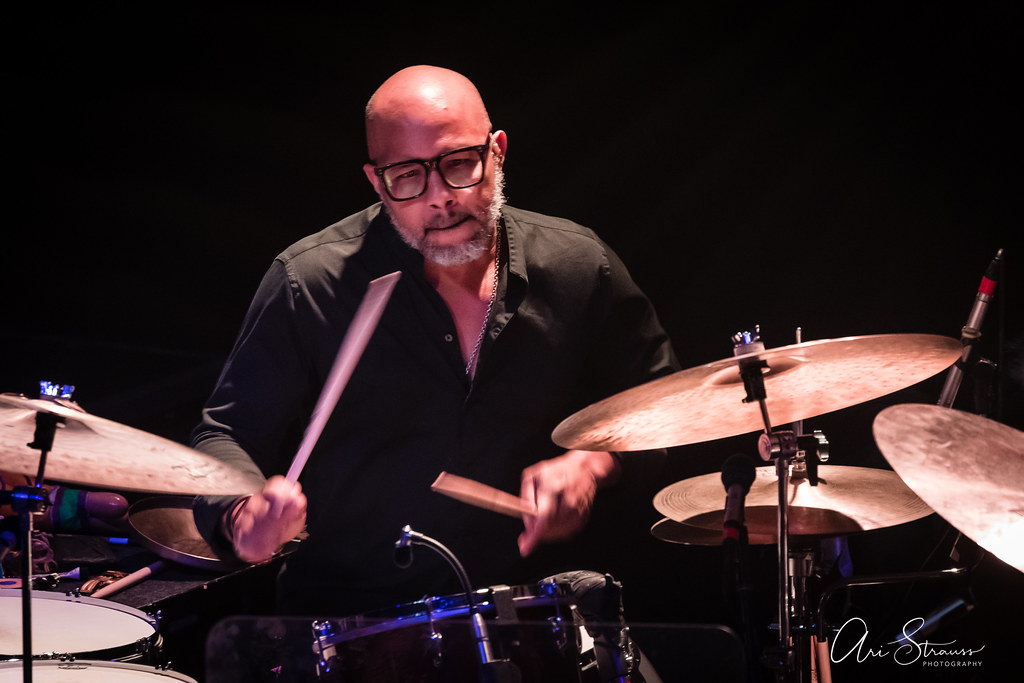 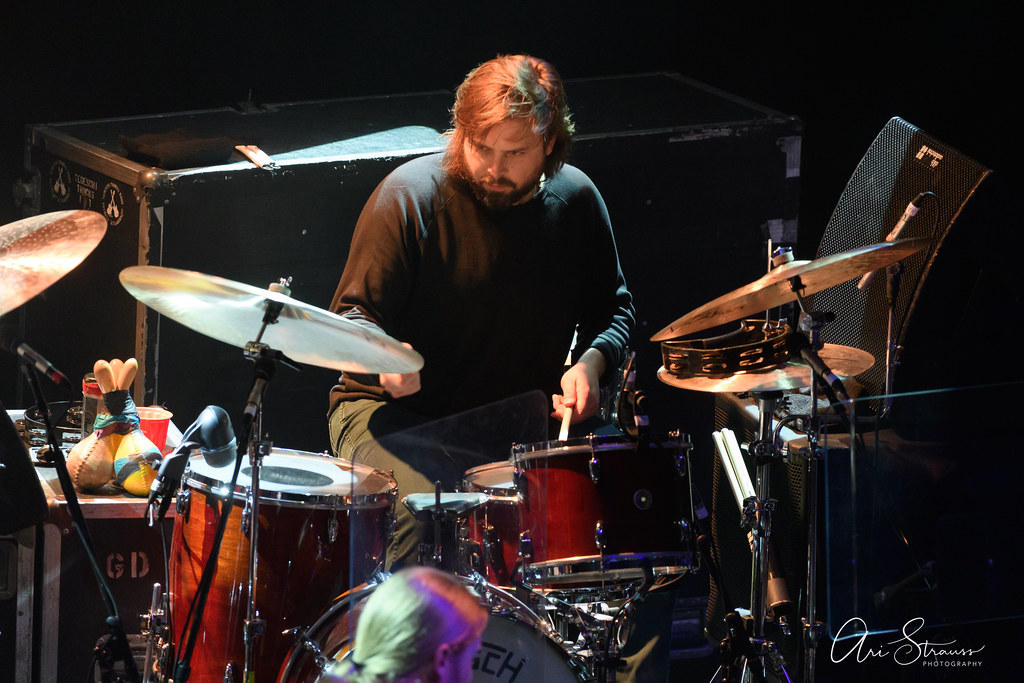 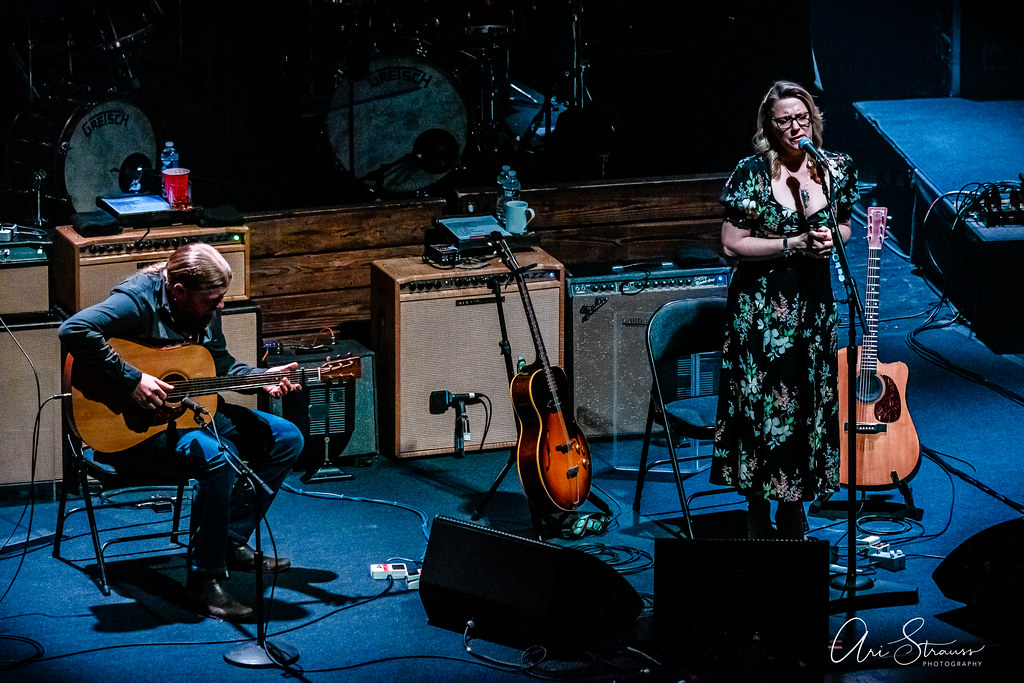 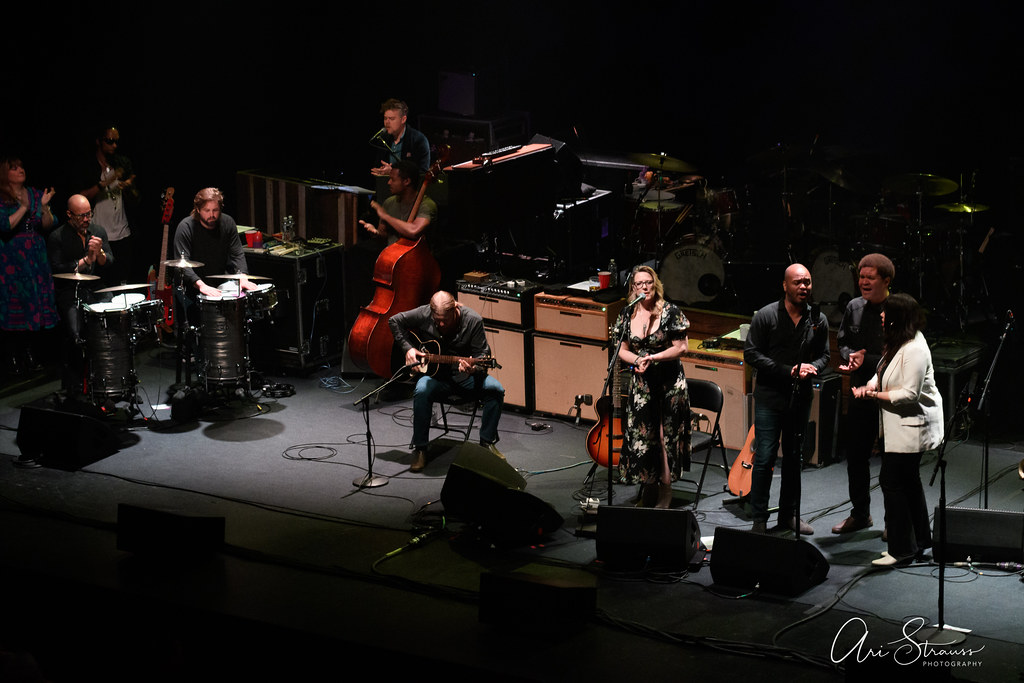 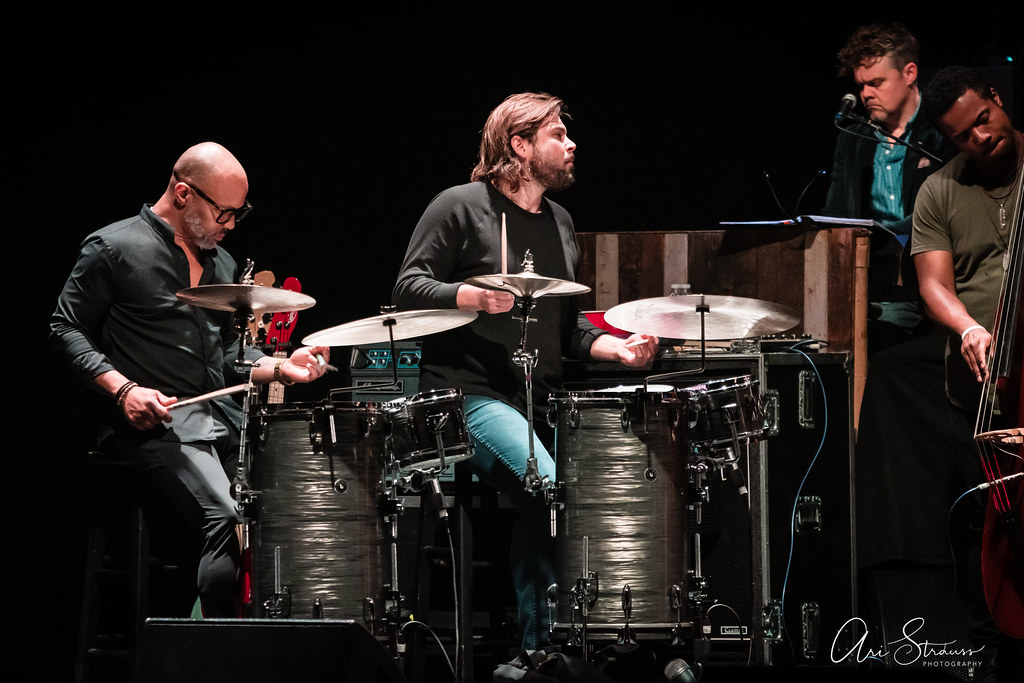 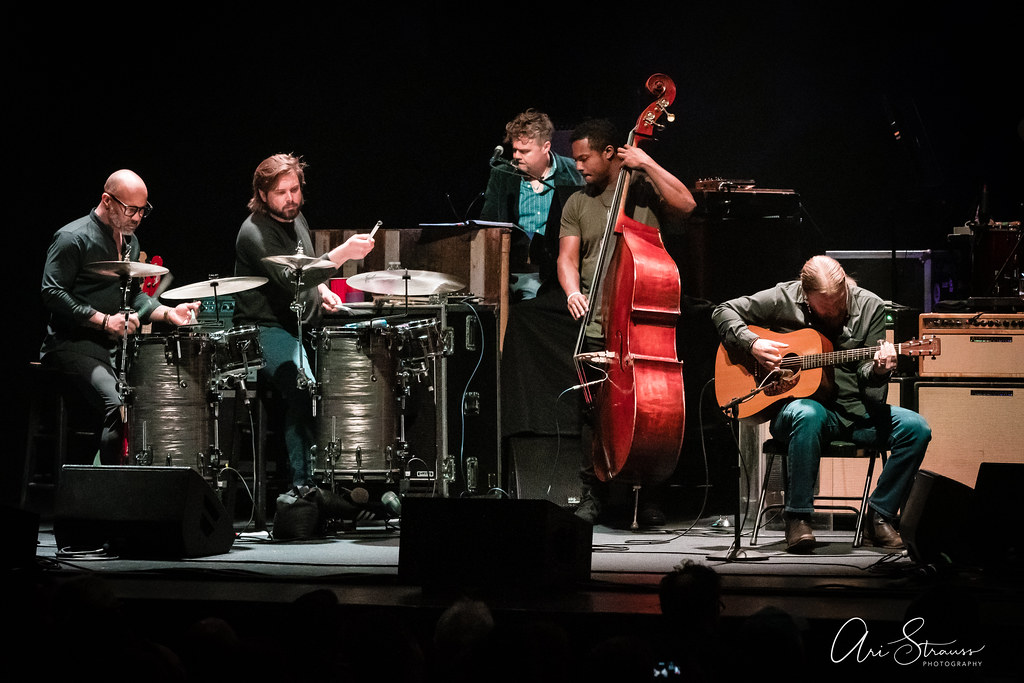 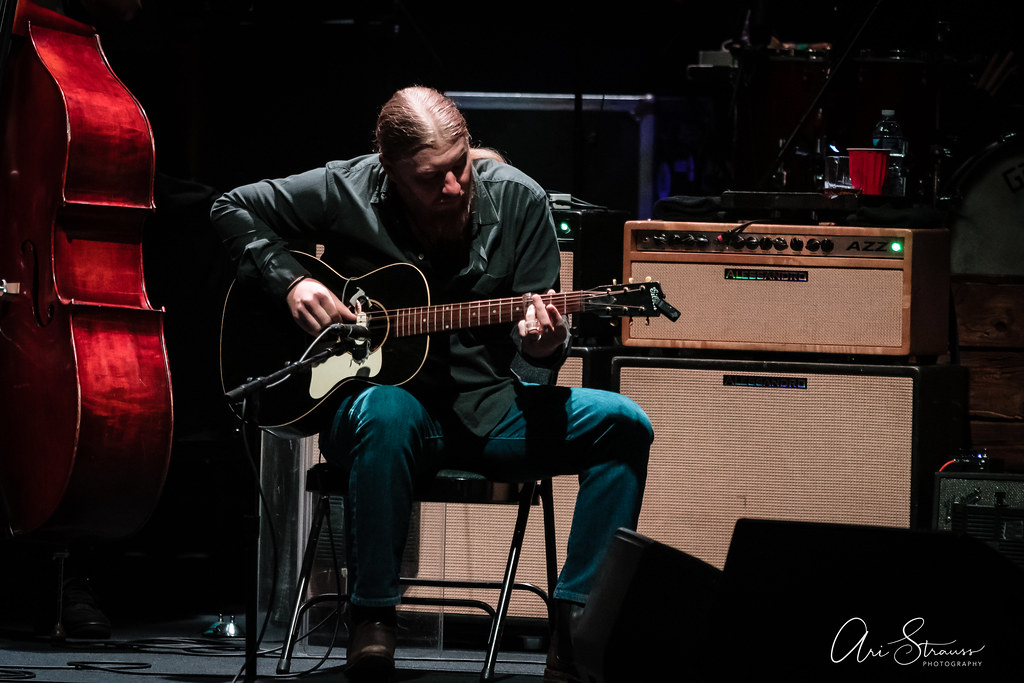 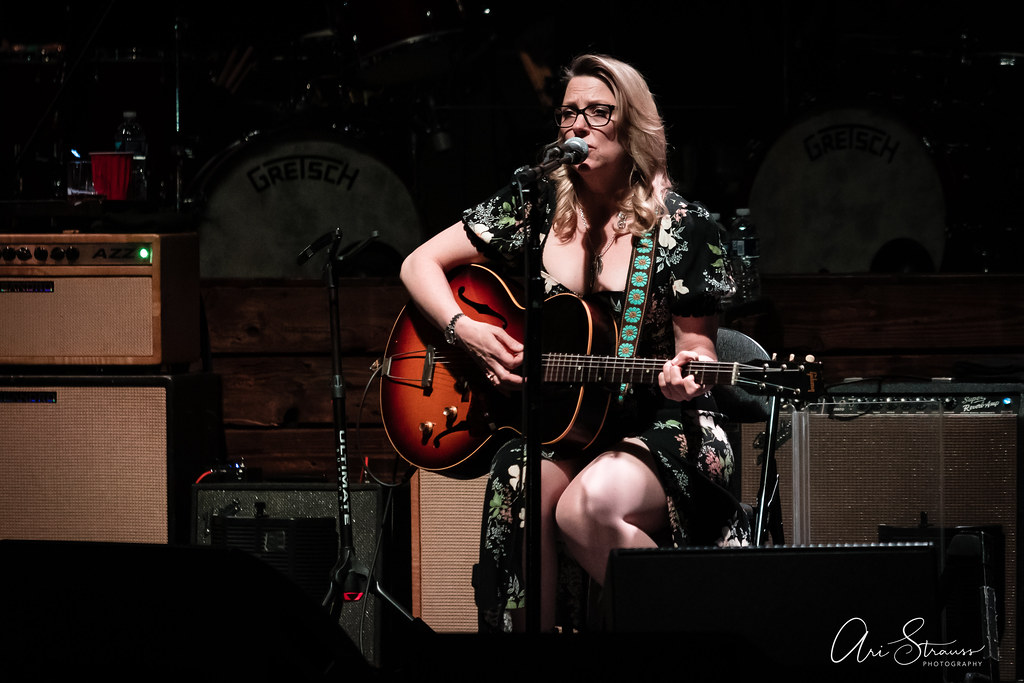 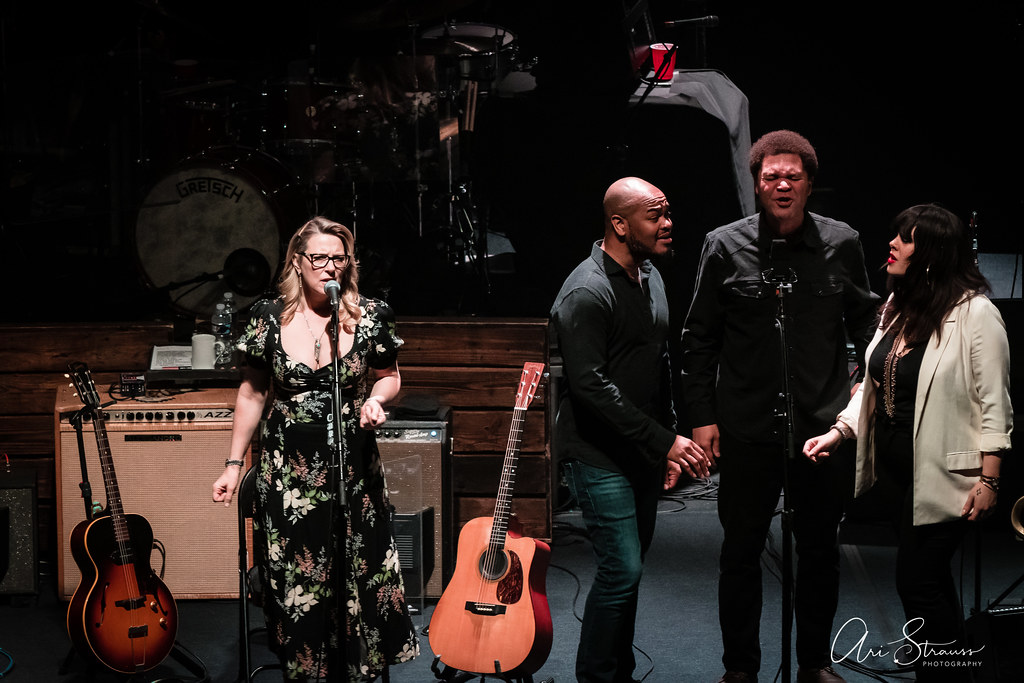 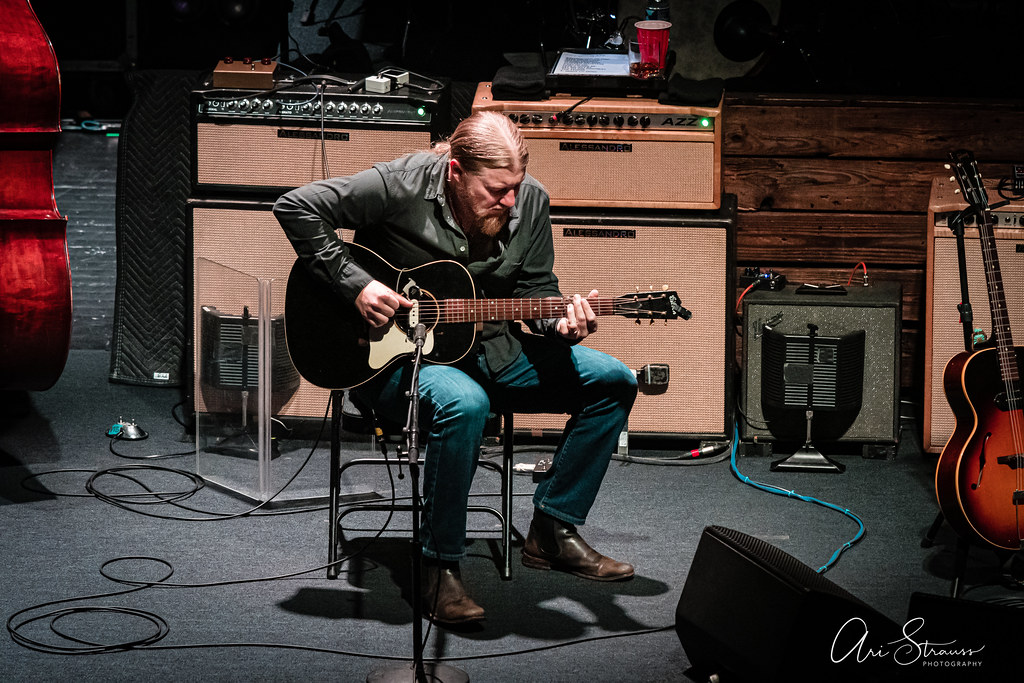 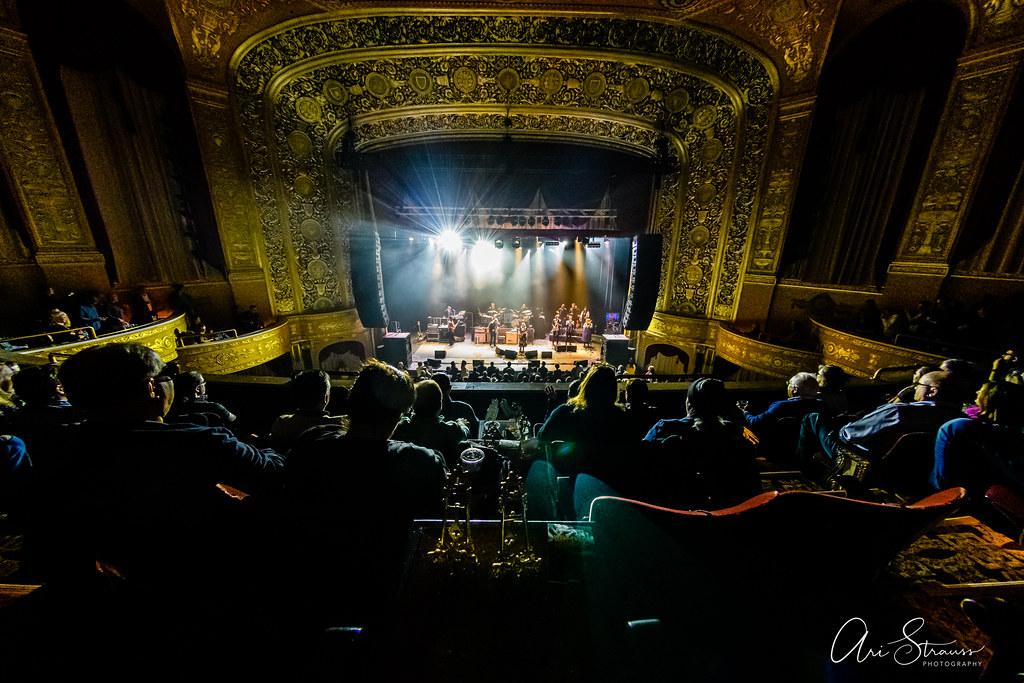