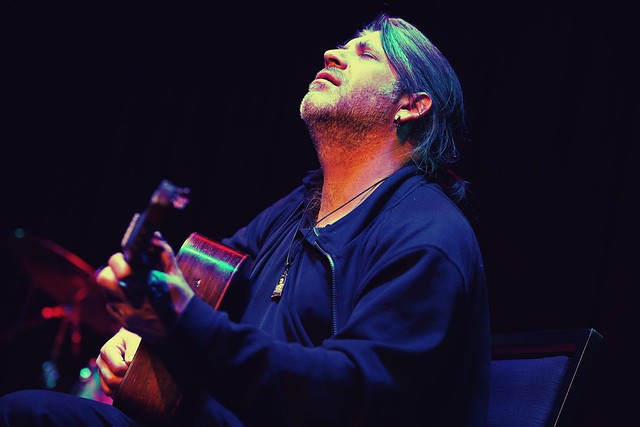 Stephane Wrembel performs at the Creative Alliance in Baltimore on Feb. 21, 2020. (Photo by Casey Vock)

If Django Reinhardt could somehow return to this planet, he very well might blush to see so many music festivals taking place in his name. There’s little doubt, however, that he’d be pleased by the simple fact that gypsy jazz — a style that he’s credited with creating — lives on in the form of musicians who celebrate the craft and teach it in a communal fashion.

And if the late Mr. Reinhardt was to identify a leader among those carrying his torch, it would likely be Stephane Wrembel, a French guitarist of otherworldly talent who recently performed in Baltimore as part of the Creative Alliance’s fifth annual Charm City Django Jazz Fest.

A classically trained and award-winning pianist as a young boy, Stephane picked up the guitar as a teenager when he, like many, fell in love with British classic rock. Later on, while attending music school, he found himself at the annual Festival Django Reinhardt, where his path would be changed forever.

Of course, he’d heard the music his whole life; but, given his first experiential dose of gypsy jazz — also known as gypsy swing or as hot club jazz in hipper circles — Stephane became galvanized. He set out to immerse himself in jazz and modern classical music and to arrange compositions.

Stephane was born in Paris but coincidentally grew up in Fontainebleau, the same town where Django was raised. Though he was formally educated and trained in Paris, he managed to get a taste of the gypsy lifestyle, traveling deep into the countryside where he spent countless hours playing and learning at campsites from seasoned musicians who possessed decades of experience honing the distinguished style developed by Reinhardt, whose left hand was mangled in a fire, forcing him to improvise with only two usable digits on the finger board.

Eventually, after attending the Berklee School of Music in Boston, Stephane garnered world-wide attention in 2002 with his first album “Introducing Stephane Wrembel.” He’s since built an impressive body of work built largely on arranging and recharacterizing Reinhardt’s work, as well as other artists from the genre, like violinist Stephane Grappelli.

A fitting headliner for the event, Stephane came to Baltimore for the two-day celebration of his idol, the legend to which he’s essentially devoted his life’s work. In the spirit of his music and his research, it was very much a mission to teach people about Django, to evangelize Django’s impact on composition and musicians around the globe.

Performing to a sold-out crowd on Feb. 21, Stephane began the night by himself on stage. Handling his antique 1943 Busato guitar, previously owned by Django’s brother Joseph, with casual confidence — an extension of his body — Stephane was much like an artisan and a professor at the same time. He opened up the set by performing Django’s “Improvisation 1,” a masterful solo prelude piece that captures the Impressionist influence on Reinhardt who, along with Wrembel, hails from the birthplace of Impressionism.

Not only was the opening song a prime example of the spontaneous expression associated with Impressionism, but it also seemed well placed to assist Stephane in building his case throughout the evening that Django was and will always be about more than just gypsy jazz.

This track is the first on Stephane’s 2019 project Django l’impressionniste, but also appears as the opener on his newest work The Django Experience V, an ongoing series of recordings through which he records fresh reinventions of Django’s works. The newest installment was released Jan. 23 — Django’s 109th birthday — on Stephane’s label, Water is Life Records.

“At heart, Django was a classical musician,” Stephane told listeners, offering insight in between each tune.

Stream The Django Experiment V by Stephane Wrembel on Spotify;

Welcoming to the stage his longtime collaborators—guitarist Thor Jensen, bass player Ari Folman Cohen and drummer Nick Anderson—Stephen took the audience through a series of waltzes: “La Manouche” and then “Indifference” segued into “Valse De Wasso.”

Led by Stephane’s ability to extract incredible personality out of every note, the slower, precise pace of these songs brought the crowd’s attention into focus. Meanwhile, his mates each brought their own qualities and demeanor to the stage.

A trusty multi-instrumentalist and more than capable complement to Wrembel, Thor is pensive and stylish, and despite a low-key aura, he proved he can explode into complicated jazz chord progressions and polish them with seeming nonchalance.

Gritty in his countenance, Folman Cohan proved to be an engine on the bass and his velocity and enthusiasm became contagious. Anderson, clean cut and unflappable behind the kit, delivered a rainbow of beats and accelerations with diligence and power through a diverse collection of songs.

None was performed without a bit of a backstory, as Stephane noted the years of each original recording — if known — and explained their significance to him in his own work.

As part of a weekend built around not just performances but workshops as well, it was a crowd eager to learn as much as possible from a man committed to his craft. Stephane went on to speak of his endless search for particular Django recordings, even encouraging the crowd to assist his efforts by digging and listening on their own and sending him relevant links.

The event’s special guest, renowned violinist Daisy Castro took the stage to round out the band prior to the fourth song of the night, the spunky Django swing classic “Dinah.” The tune’s terrifically arrant strut allowed Daisy to weave with ninja precision and produce an unforgettably enriched sound with a playfulness that she kept under control even as the crowd began to hoot and holler.

Considered one of the top violin players in the world, Daisy augmented the presence of her strings on the next track, “Nuages.” Stephane and his mates appeared to thrive on the subterranean, at times precarious tones she supplied to give the song its unmistakably dubious feel. Sleuthing and fomenting, the version of this much beloved and mischievous composition was performed with the same remarkable detail heard on The Django Experiment V.

Providing a healthy sample of the songs in the catalogue he’s reimagined, Stephane took it back to The Django Experiment III with a steaming hot version of “Fleche d’or,” which covers a range of sound and might be one of Django’s most “rock and roll” compositions. The audience seemed to agree — “They’re COOKING,” a man blurted out as he popped up from his seat and shimmied to the window for another drinking as the band members exchanged increasingly intense solos.

With its swirling pile up of instrumentation, the sixth song gave every individual on stage the opportunity to showcase their talents, each of them world-class muscians who have recorded numerous times with Stephane and can play with speed, energy and precision.

In his efforts to increase awareness of Reinhardt’s work, Stephane and his band were also demonstrating how Django’s demanding and complex compositions can actually bring out the best in a musician’s skillset as it pushes their timing and output to new thresholds.

“You can see the power of Django,” Stephane said, gesturing to the filled and energized room. “We feel it here.”

Another song showcasing the clarity and the accentuation of each note, “I’ll See You in My Dreams” resonated as a delightful, fluctuating piece that also demonstrated the pass-the-mic jam structure of gypsy swing, bluegrass and other genres, as Stephane and his bandmates took turns spinning out their own unique injections.

The closing track on The Django Experiment V album, “Caravan” is an epic piece by Duke Ellington that covers the full gamut of emotion, including a treacherous lead-in and a tinge of world music influence that yields a psychedelic manifestation. Played to the full crowd at the Creative Alliance, this song was even more lurking and harrowing than it presents itself on the recording.

Closing the night with a blistering rendition of “Dark Eyes,” Stephane selected another song that would allow him and his colleagues to each unravel with his or her instrument one more time. The mind-bendingly rapid melodies Stephane provided to the set’s final song were an exclamation point for an audience that was enthralled for 60 minutes of unforgettable music.

Committed to teaching jazz and classical guitar and sharing the world that is Django Reinhardt’s music, Stephane the following day led a music theory class at nearby Hereford High School, one of several workshops offered by the Creative Alliance as part of the festival.

Honoring the sonic art form he’s constructed his life around, Stephane continues to glow as an influential, gentleman ambassador who is helping listeners better understand, better appreciate Django Reinhardt’s achievements — not just as the godfather of a singular category, but more as a cardinal influence on much of the contemporary music the world knows today.

Here are some photos of the Stephane Wrembel Band performing at the Creative Alliance in Baltimore on Feb. 21, 2020. All photos copyright and courtesy of Casey Vock. 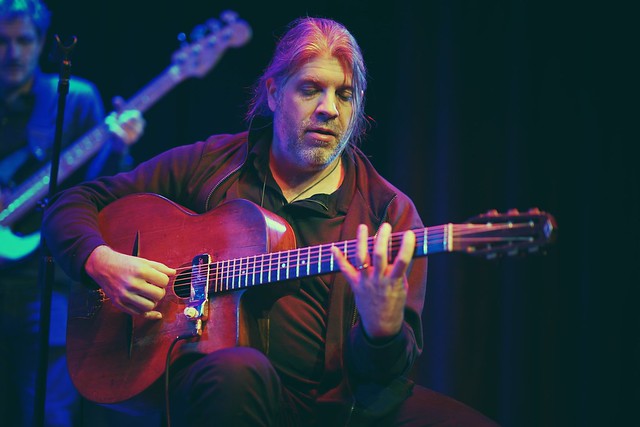 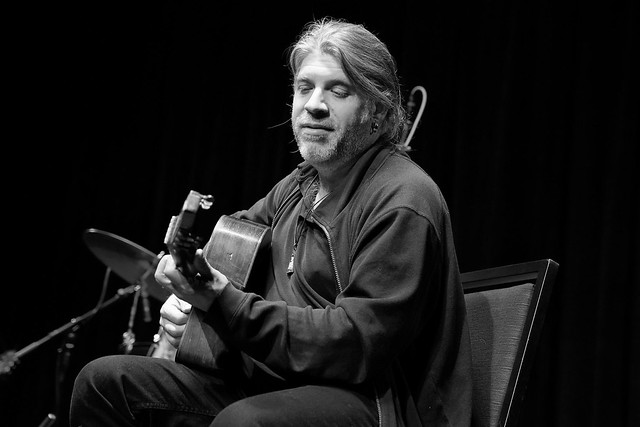 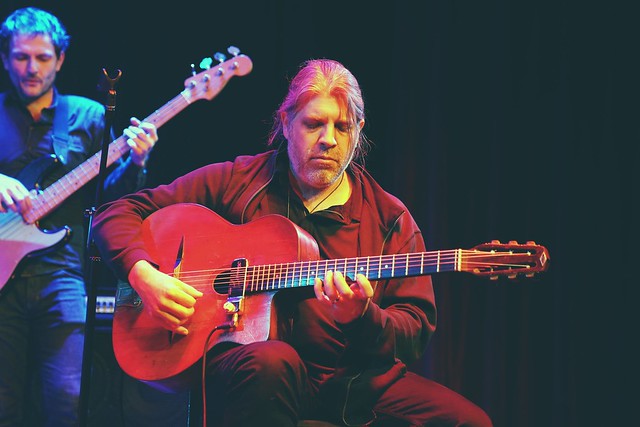 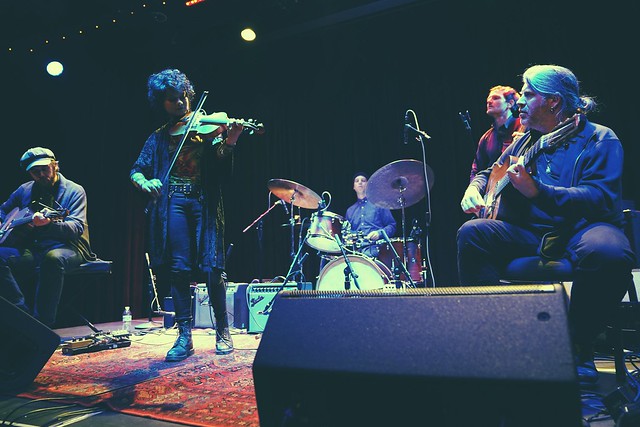 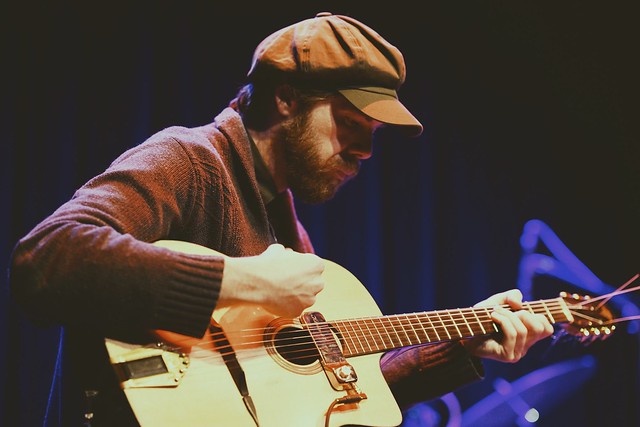 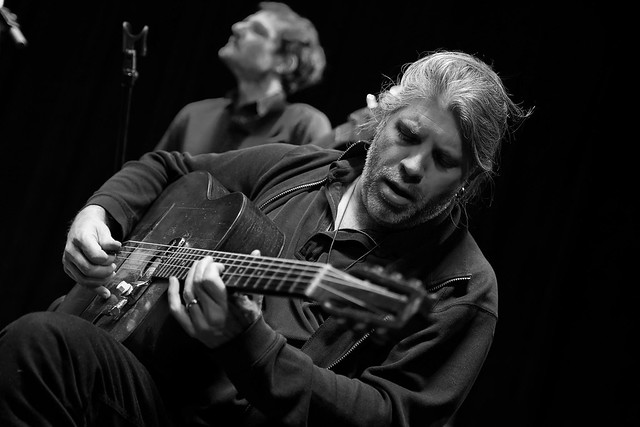 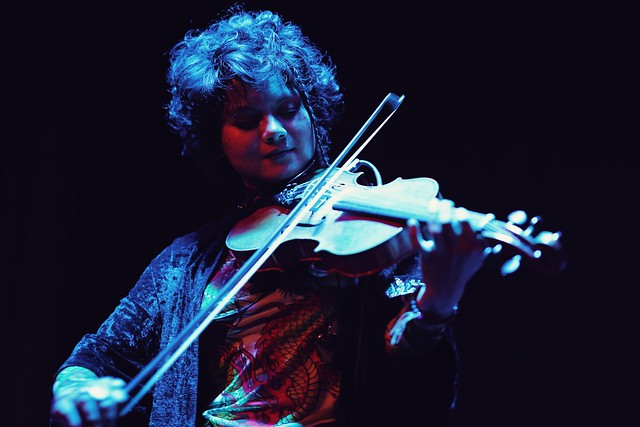 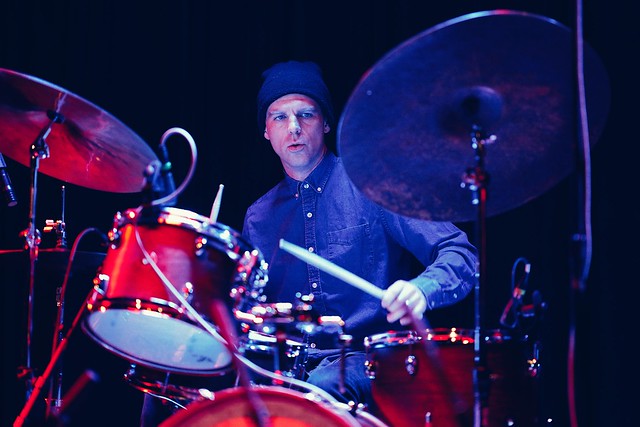 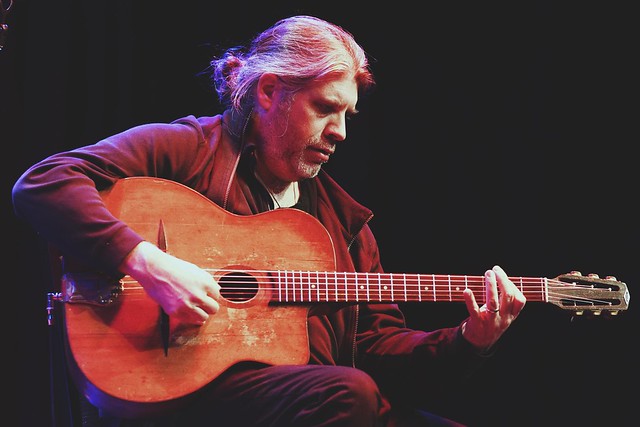 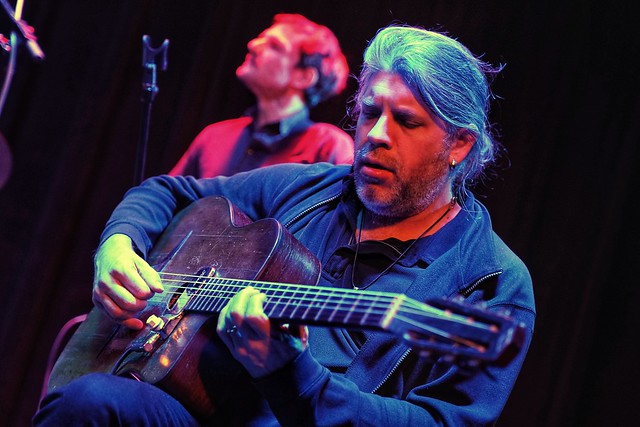 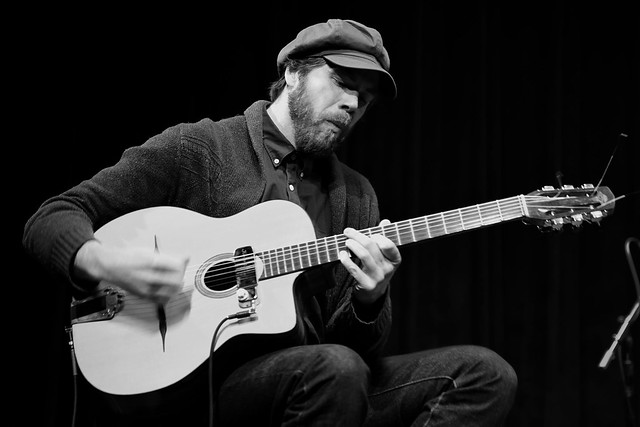 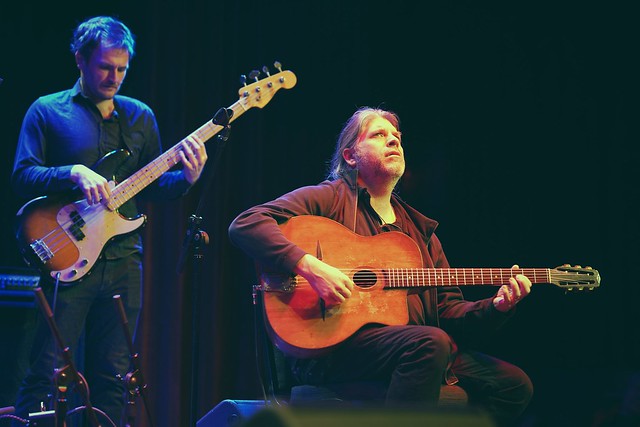 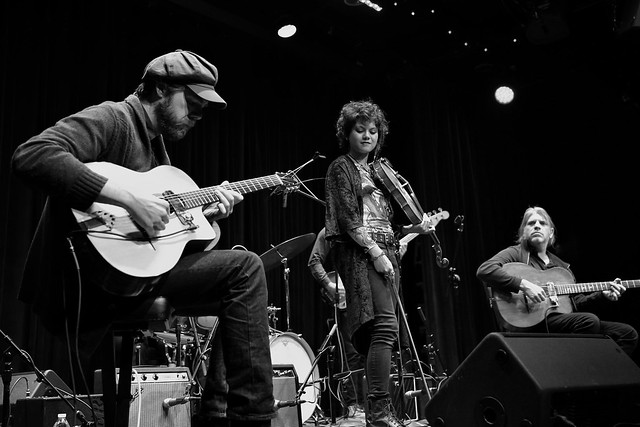 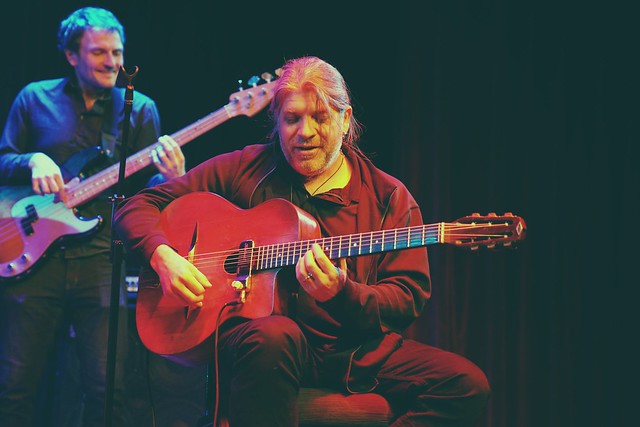 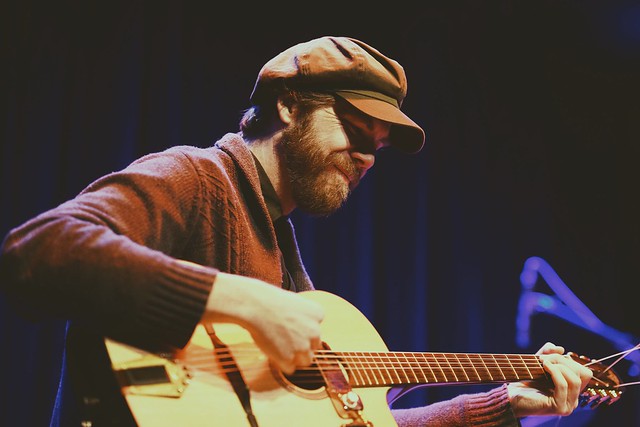 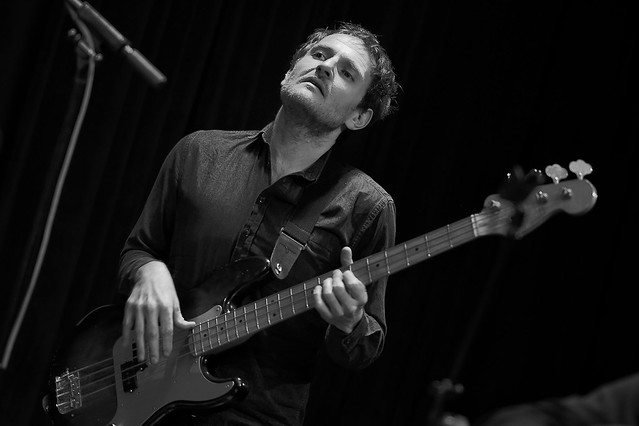 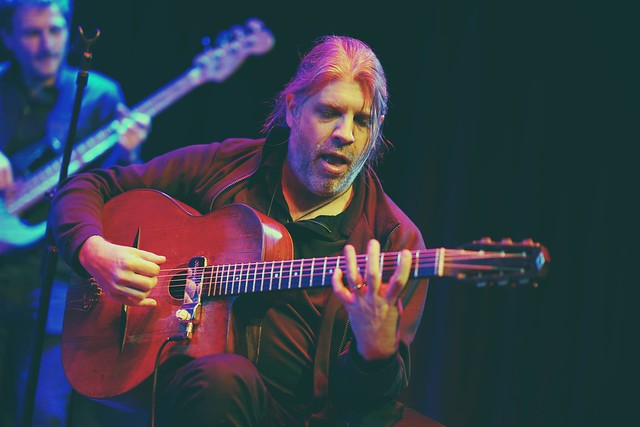 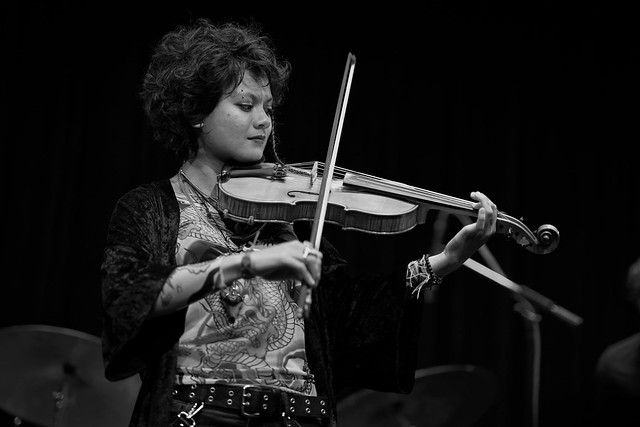 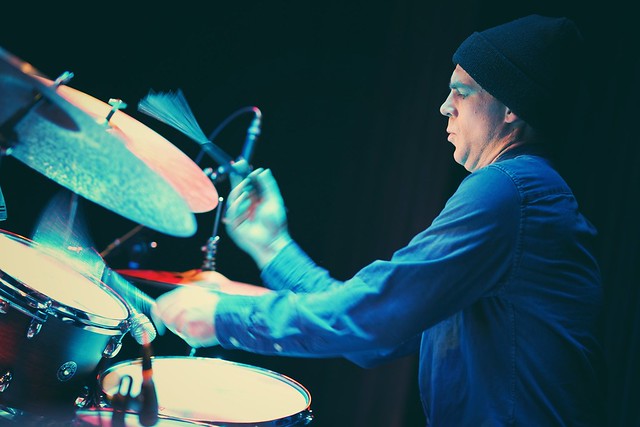 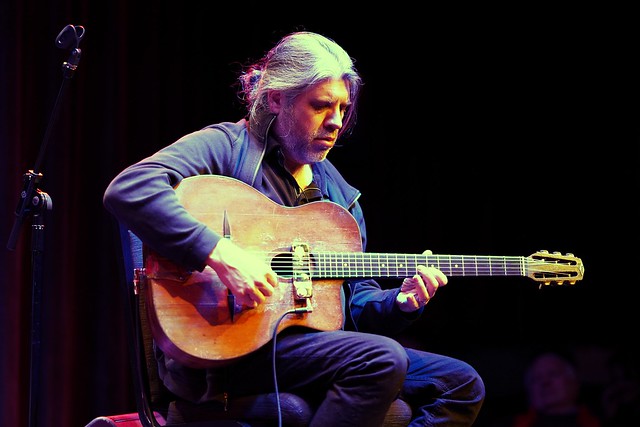 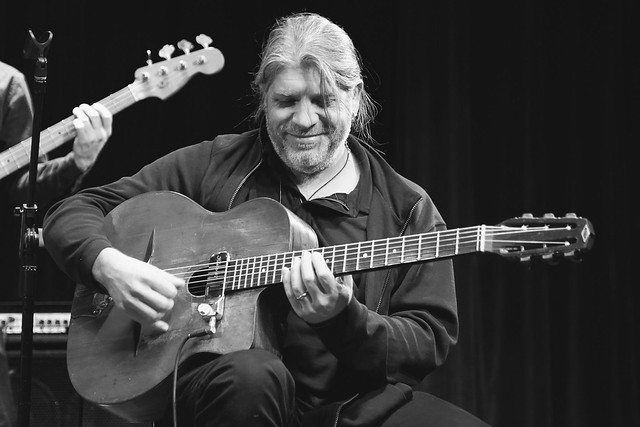 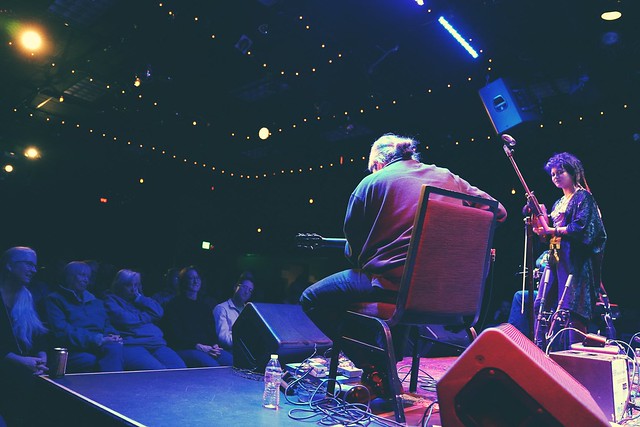