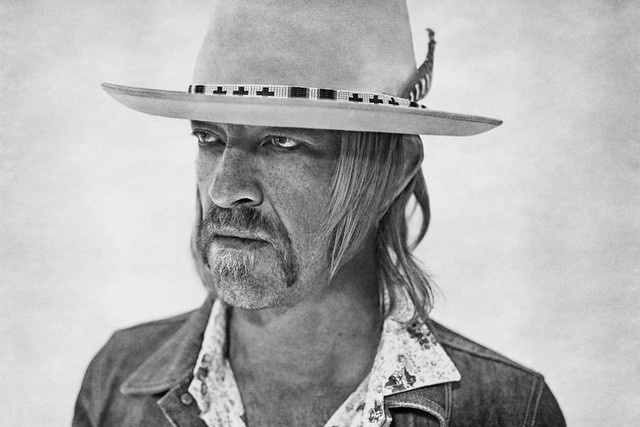 The music of Wovenhand and songwriter/multi-instrumentalist David Eugene Edwards has always had an unparalleled intensity. David’s rich, billowing and emotive voice is always the driving force of his music, but it’s catapulted by his spellbinding ability to transform instruments that many people might consider mundane relics — be it banjo, accordion, lesser-known folk instruments from around the world, or even an electric guitar — into devices of dark fury and poignant beauty.

Wovenhand returns to DC to open OM at Black Cat on Monday, March 2.

From the apocalyptic revivification of antique Americana of Sixteen Horsepower in the 90s to the threadbare balladry of Wovenhand’s early releases, David’s music has maintained its celestial heaviness as it evolved. But now in its current incarnation, Wovenhand is a band that fully expands that power with exacting and inventive skill. It’s a sound so distinctive and compellingly crushing that even the heaviest of metal bands can’t match.

In a review for Stereogum, Tom Breihan compared David Edwards to Nick Cave.

“His music deals in the same darkness, the same obsessiveness. His songs are steeped in the history of American music, of folk and country and blues, and yet they owe as much to some of the clanging, confrontational forms that followed: punk, metal, hardcore, noise-rock. His songs sound like incantations, like prayers bubbling up from below. He’s not Cave, but he’s cut from the same cloth,” Tom wrote.