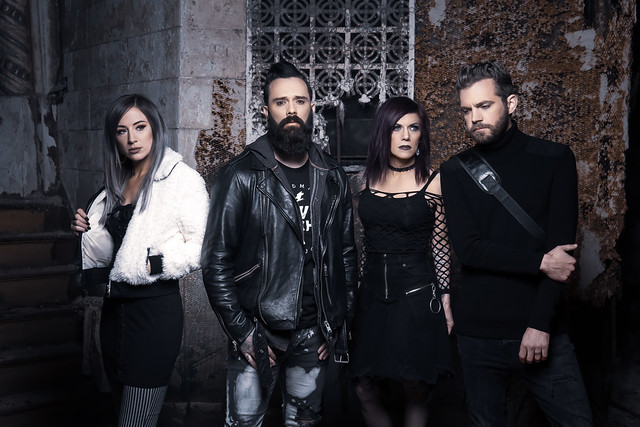 “Victorious perfectly describes how the record makes me feel,” said Skillet lead singer John Cooper. “You wake up, face your own demons every day, and never give in. There’s an introspective side to it. We might’ve commented on the world explicitly on previous albums. This one is about looking inward. Perhaps, it’s because I’ve gotten a little older, and I’ve accepted struggle as part of the journey. When I listen to these songs, I want to fight for my life, I want to fight for who I am, and I want to fight for what I believe in.”

John and his wife/guitarist/keyboardist Korey handled most of the production on Victorious — a career first.

“Unleashed recharged us, and we returned to what we love about writing,” John said. “It was tight and electronic hard rock. We wanted to keep the sound modern and pull in influences from hip-hop drums and keyboards, while staying riff-y. Victorious started there. Our confidence was sparked by the last record and all of the other projects. We were feeling prolific. We thought, ‘We can produce our own Skillet album.’ It lit a fire. Korey and I have produced in the past, but nothing quite like this. It’s a brand new season.”

Watch the official music video for “Legendary” by Skillet on YouTube:

In a review for AllMusic, Neil Z. Yeung called the new album by Skillet a “satisfying, defiant, and rousing collection of spiritual hype music.”