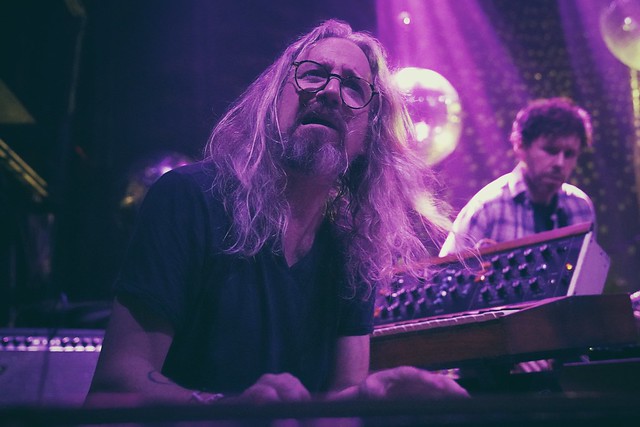 What’s the best way to pay respects to a friend who left too early? There’s probably no perfect answer to that question, but it’s an admirable deed to carry out the last known wishes of a beloved one you’ve lost.

That’s the density of the mission that recently brought Circles Around the Sun to Baltimore for a performance at The 8×10 to kick off the band’s first multi-state tour since the death of the group’s shepherd, Neal Casal.

Casal, a widely-respected guitarist and singer-songwriter, had been the frontman of the group since its fortuitous genesis. After battling depression for an unknown period of time — he’d canceled tour dates in the prior year or so — Neal was found dead on Aug. 26 of last year.

He had taken his own life. In the wake of Neal’s death, there was tremendous collective grieving within a large network of musicians as well as fans across the country. Memorial concerts were held in his honor and friends continue to eulogize him through music and charity — particularly in the realm of suicide prevention.

But there’s arguably no more glorious testament to Neal’s friendship and his devotion to music than the continuation of Circles Around the Sun.

Created in the lead up to the Grateful Dead’s monumental Fare Thee Well 50th anniversary concerts in Chicago and Santa Clara, Circles Around the Sun was born out of a recording project commissioned by Dead drummer Bill Kreutzmann’s son Justin as part of the high-profile run of shows.

Led by Casal (Ryan Adams & The Cardinals, Hardworking Americans, Blackfoot), the two-day recording marathon produced about five hours of Grateful Dead-inspired material and it allowed him to work with two buddies he’d collaborated with in the past: keyboardist Adam MacDougall (The Black Crowes, Chris Robinson Brotherhood) and bass player Dan Horne (Cass McCombs, Grateful Shred). Younger but highly regarded, Mark Levy (The Congress) was asked to join the team.

Called in on somewhat short notice, the group met in Ventura to record and at the end of the session went separate ways. Though it wasn’t clear at the time, the recordings would essentially soundtrack a series of biographical visuals displayed on big screens and filled the air during intermissions at the milestone Dead shows. The songs, all instrumental, were broadcast at the massive venues and to millions of fans around the globe — and they loved it.

But no one could identify the band.

Deadheads and even more casual Dead fans were searching for the origins of the original CATS songs, posting on group chats, creating a swell of demand for the music and its creators to essentially come forward and show themselves to the world.

As word spread about CATS, so did the momentum for the band to release its first album, which came later in 2015 — a double-vinyl/disc offering with an honest title, Interludes for the Dead. A remarkable and visionary veneration of the Grateful Dead’s sound and spirit, the girthy collection of songs out of the gate became a must-have for fans of progressive, improvisational explorations of sound.

Stream Interludes for the Dead by Circles Around the Sun on Spotify:

CATS eventually performed together for the first time on the Woods Stage at the LOCKN’ festival in the summer of 2016. A couple small tours later, the band put out another album in 2018 — Let It Wander — and found itself invited to play LOCKN’ again in 2019, just a few days before Neal’s death.

When Neal was discovered, he’d left a suicide note. In it, he asked that the members of Circles Around the Sun continue to make music and perform together.

Such an emotional thrust gave the night of Feb. 27 a bittersweet significance yet fostered a festive atmosphere inside the narrow Fed Hill venue, where a good-size crowd braved the worldwide swell of health concerns to get eyes and ears on this band’s rare visit.

Touring and making music in tribute to Neal, CATS rolled into Baltimore ready for action, hauling a fresh batch of the band’s forthcoming, self-titled album — which, like the 2019 EP Meets Joe Russo, was recorded with Neal before he passed.

Fulfilling Neal’s hope for the group and much to the joy of many contemporary Dead fans, CATS brought on guitarist Scott Metzger (Joe Russo’s Almost Dead, WOLF!) for a three-show mini-tour in Colorado to end 2019.

Scott joined the group in Baltimore, and fans were treated to an unforgettable set of abundantly psychedelic, infinitely colorful compositions that celebrate Neal’s clairvoyant and cutting-edge vision and, at their root, pay homage to the character and colossal catalogue of the Grateful Dead.

Opening with the ethereal, 1970s-chic “On My Mind” from Let It Wander, MacDougall — now the eldest statesmen in the group — was a sorcerer from the start with his mastery of kaleidoscopic diverging sounds and effects. As if conducting from the cockpit of a celestial rocket ship, Adam operates a perplexing control center of instruments —including a Fender Rhodes 73-key electric suitcase piano, a Hohner D6 clavinet and a Mini Moog.

Invigoratingly new, but unmistakably Shakedown Street in its sensibilities — both the Dead’s 1978 disco-rock album and the traditional vending area at their shows — the music gave the night a purposeful vibe. And the playfully undercover allure of the opening jam served as the perfect invitation for everyone in the room to warm up and dislodge the worry of one of America’s more stressful weeks in recent memory.

Dangerously funky, the opening bass lines of the addictive “Gilbert’s Groove” from the first CATS release provided the propulsion for a consuming jam that, much like the first singles from the forthcoming LP, gyrates and jounces with a galactic sass that makes it wholly unique.

Appropriately extended by several minutes in its live version, CATS pulled “When I Was at Peace” from last year’s Meets Joe Russo project to showcase the skills of Metzger — a to-himself, confident samurai with hands that slice notes with an edgy precision and sustain them with head-turning clarity.

Sharing a song from the new record, CATS let Scott unwind again, as he emulated Neal’s guitar work on the smooth and enticing “Leaving (Rogue Lemon).” Known for his otherworldly solos, Scott created a universe of sound all on his own — blistering, supernatural waves that felt like they swung your soul on a massive lap around a bright-burning star.

Dan — elegant, classy in appearance, and enigmatic in demeanor — might be the most captivating of the bunch, but he’s additionally some of the brains behind the operation. He’s an increasingly sought-after producer himself — while Adam is the lead-songwriter for CATS, Dan produced and handled the overdub engineering on the newest record.

Dan particularly stood out later in the set on songs like “Scarlotta’s Magnolias” — one of the more obvious nods to the Dead—and the night’s encore, the highly entertaining “One For Chuck.”

Meanwhile, Levy — a decorated graduate of the New England Conservatory of Music — proved an expert artisan of cadence in a realm of daunting unpredictability. Professional in his focus and exactness, his eyes were alight and his smile undefeatable as he seemed to thrive on every swing he took.

You could hear Mark’s mix of styles in the set’s closer, “Babyman,” released as the first single off the soon-to-be-released CATS LP. With a glamourous gameshow varnish provided by Adam’s keyboard and clavinet arrangements, and set off by hot-stepping bass lines, “Babyman” feels like an introspective cleansing, a voyage through time for a gaze at the most outstanding versions of yourself.

Stream “Babyman” by Circles Around the Sun on Spotify:

You needn’t be religious only spiritual to feel Neal’s presence in the room — in the light, in the expressions of his friends making music and memories on stage. Neal, who would have turned 51 last November, had been quoted saying that, through CATS, he was hunting “deeper rhythms and stronger melodies.”

In the wake of his death, his pursuit will live on as the band intends to continue touring and will feature a variety of guest guitar players as an ongoing homage to Neal and, in the resolve of CATS’ original purpose, the Grateful Dead.

What could have been a short-lived project has blossomed into something of a message in a bottle. The music and its backstory no longer represent an experimental studio venture, but a celebration of life and solace. And at its heart, it’s evolved also an effort to raise awareness and combat suicide.

If there’s any consoling observation CATS followers can make about Neal’s journey here on earth, it might be this: at the very least, he was surrounded by his friends and playing music until the end. In the aftermath, there’s burgeoning comfort in knowing that Neal would take pleasure in seeing his friends carry on his wishes by pursuing their own happiness.

CATS makes it return to the DMV on March 5 when it performs at Union Stage. (That’s tonight!) Buy your tickets online now.

Setlist:
On My Mind
Gilbert’s Groove
When I Was At Peace(?)
Leaving (Rogue Lemon)
Halicarnassus
Scarlotta’s Magnolias (this is the one I thought it was where Dan was super funky with his jab steps)
Immovable Object
Babyman

Encore:
One for Chuck

Here are some photos of Circles Around The Sun performing at The 8×10 in Baltimore on Feb. 27, 2020. All photos copyright and courtesy of Casey Vock. 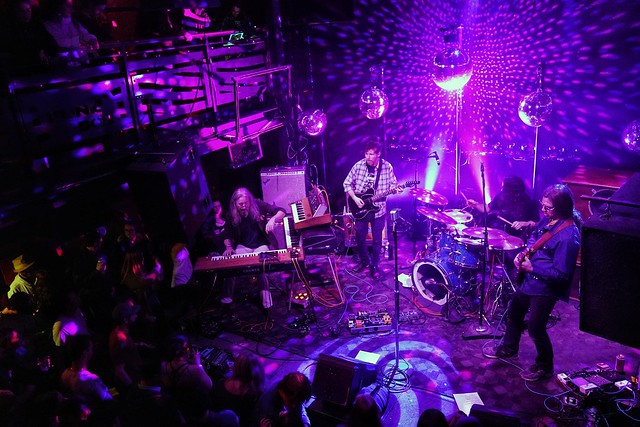 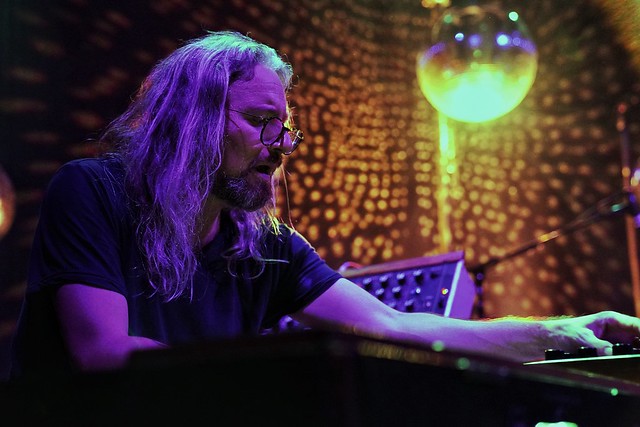 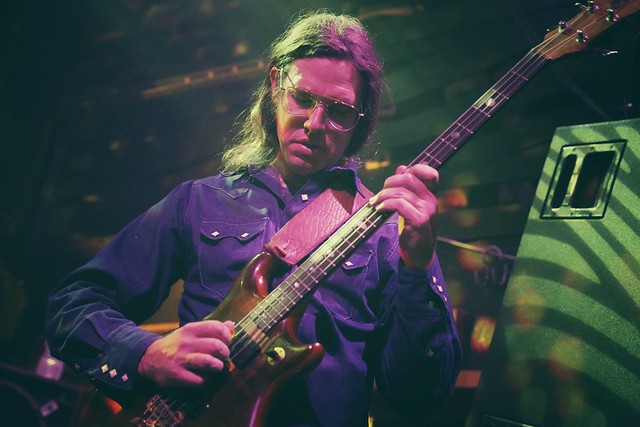 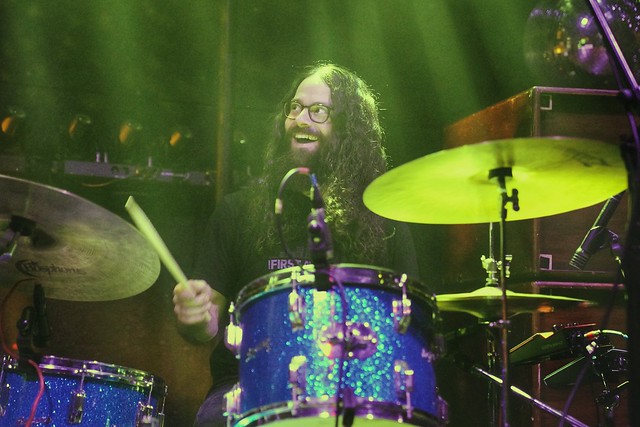 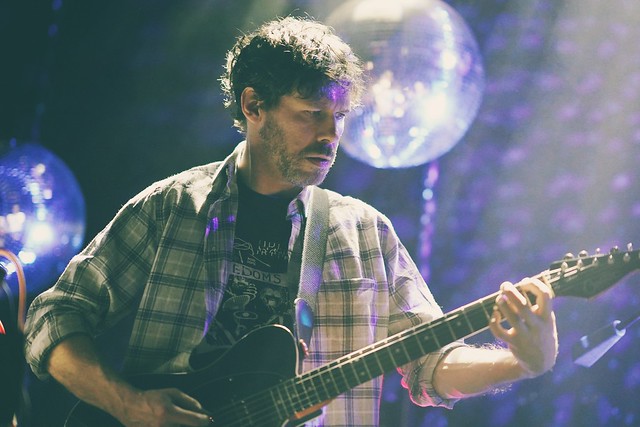 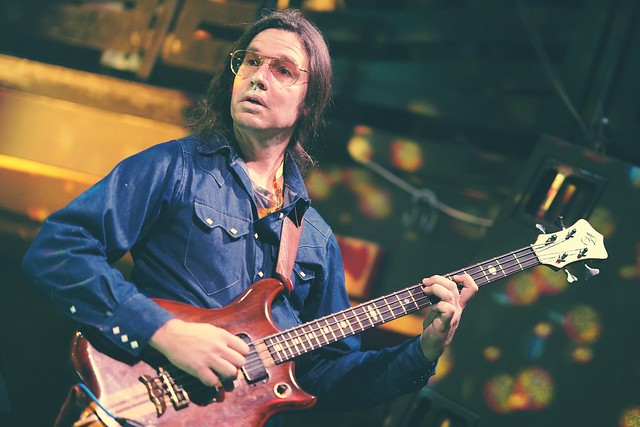 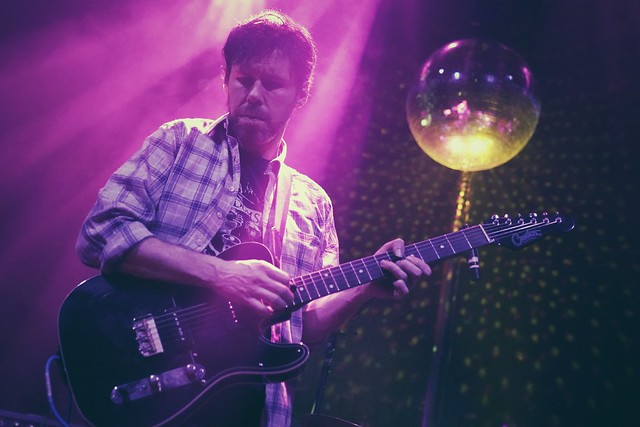 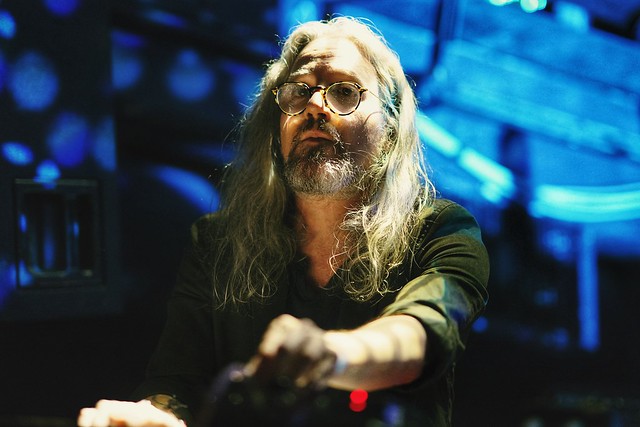 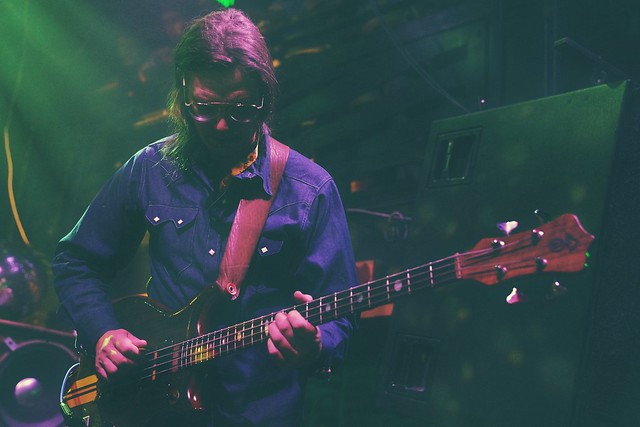 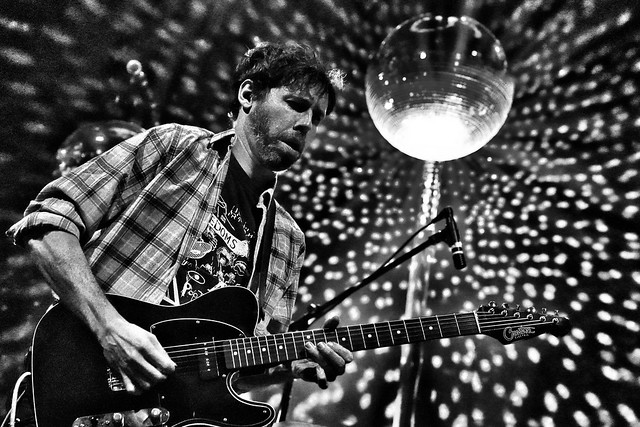 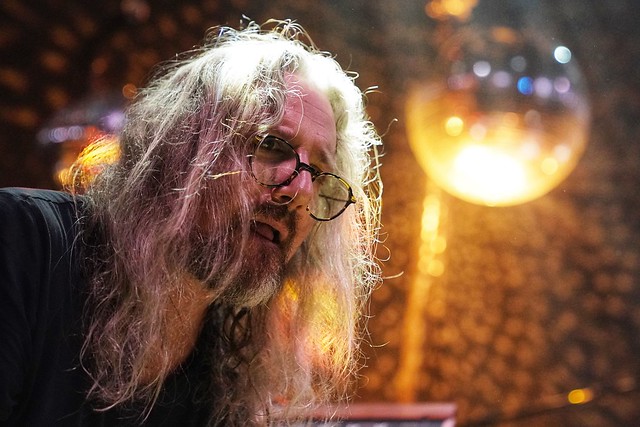 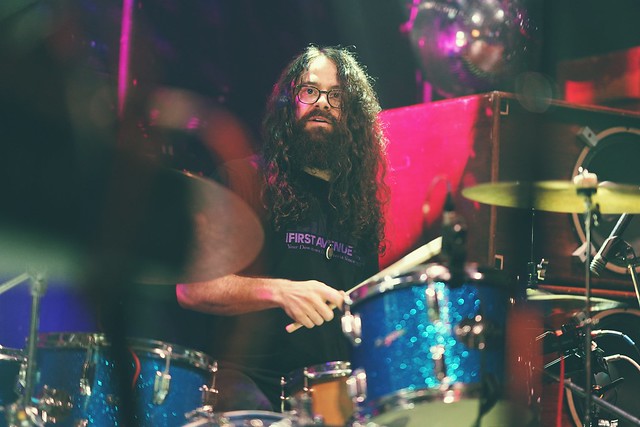 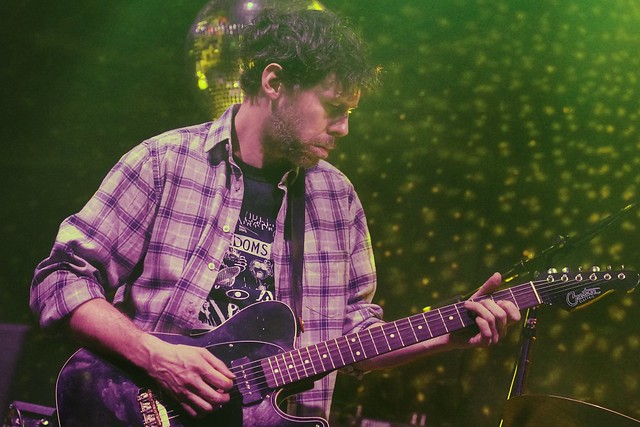 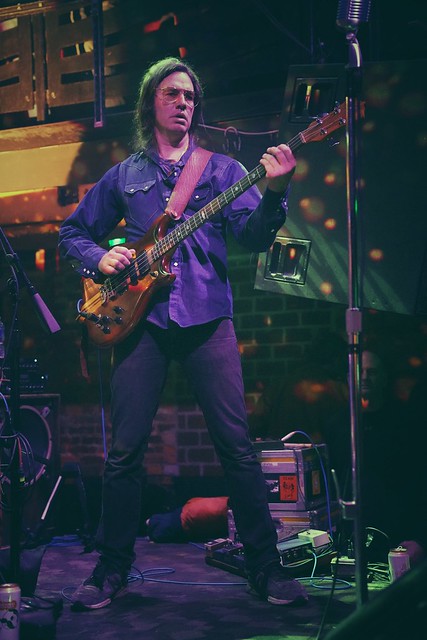 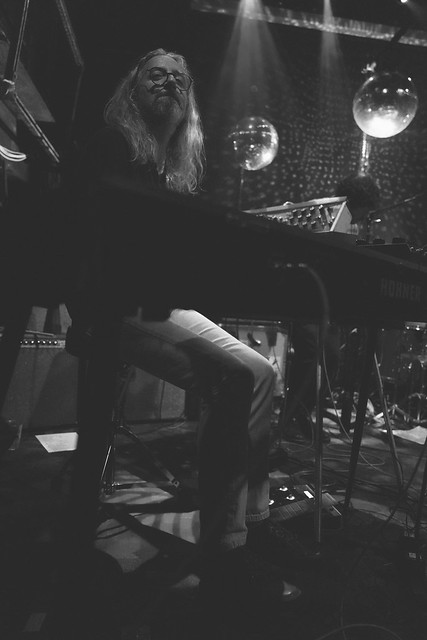 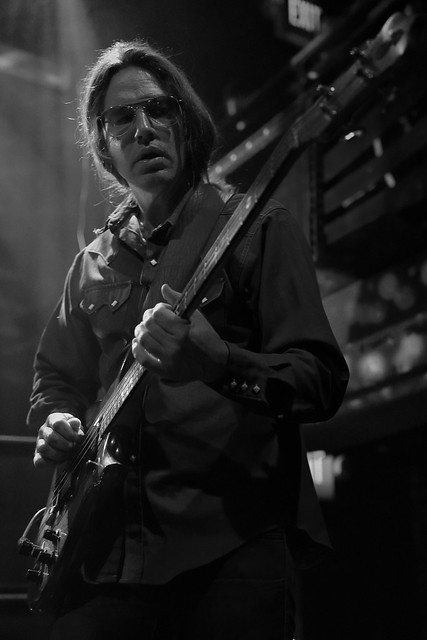 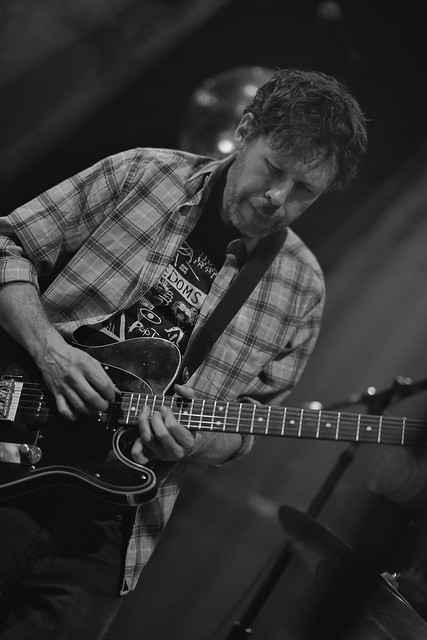 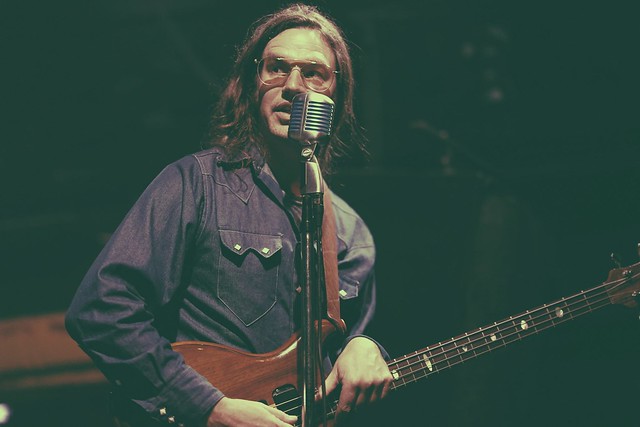 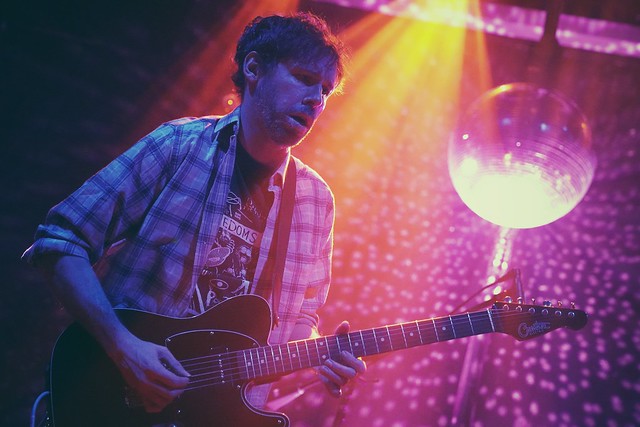 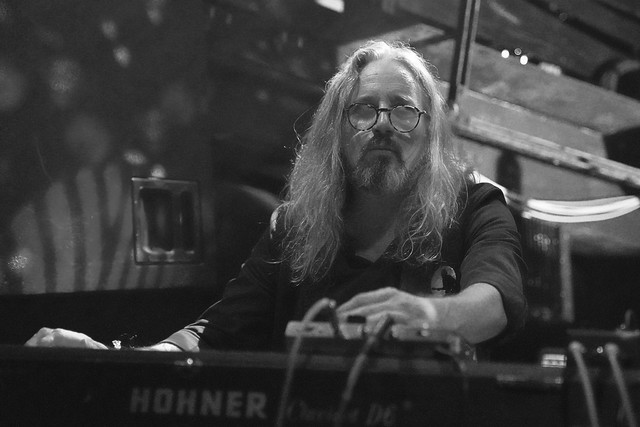 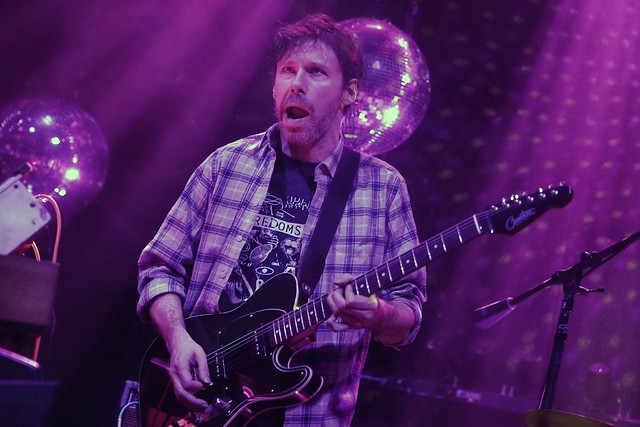 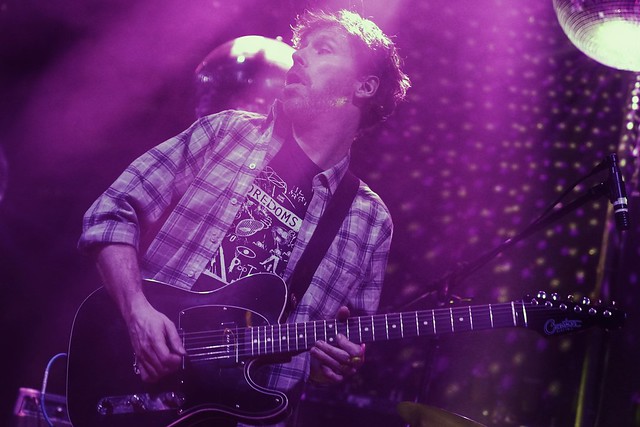 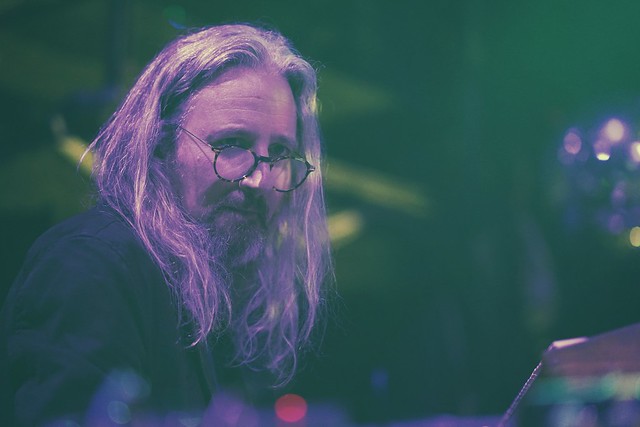 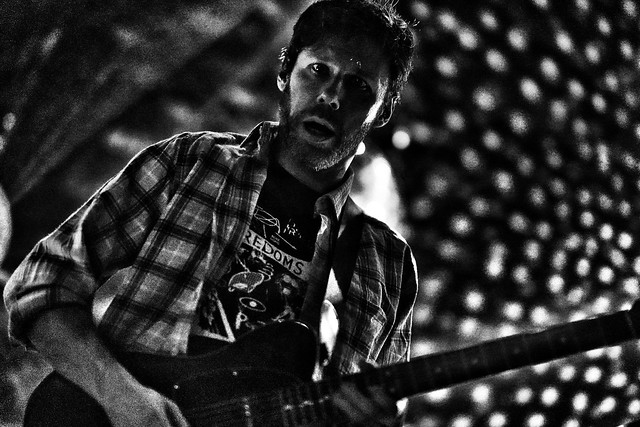 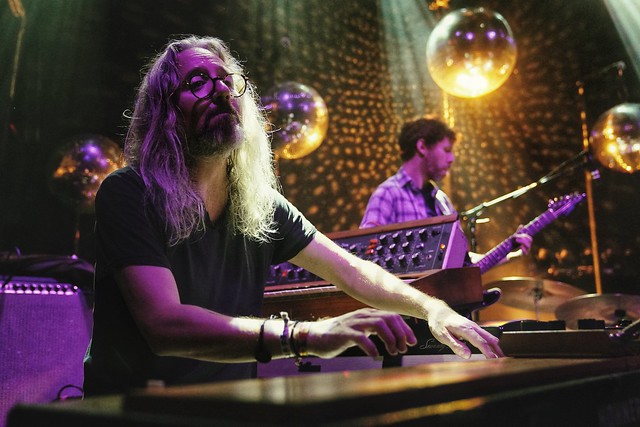 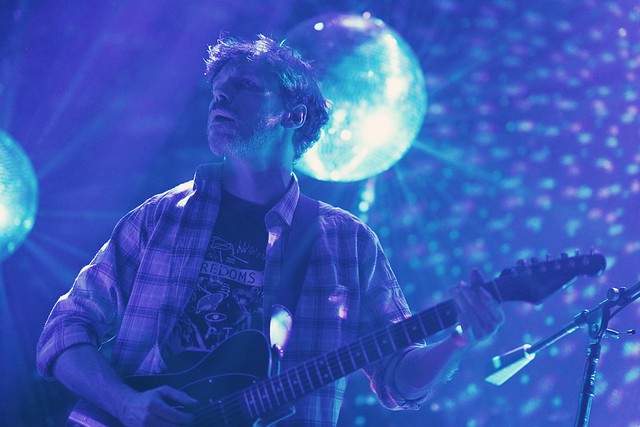 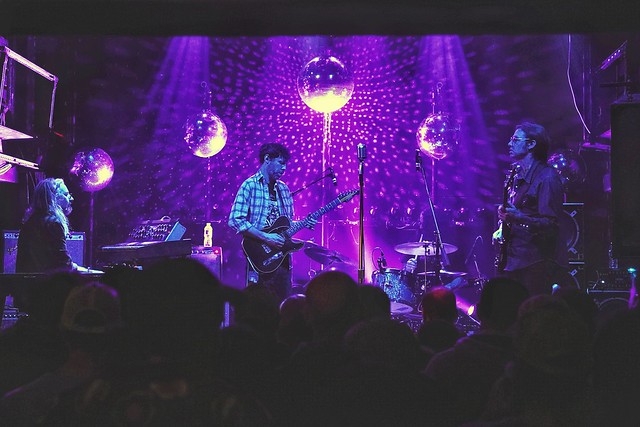