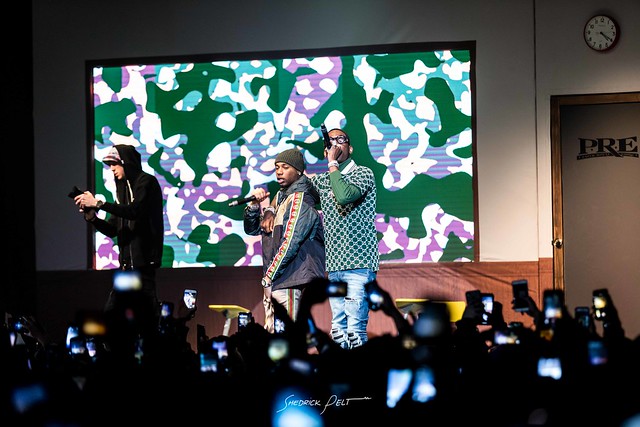 Class is in session! Welcome to the No Rules Tour, led by Memphis OG Young Dolph and his cousin-slash-protégé Key Glock. A trap-rap classroom that teaches us how to stay down for the homies, never forget where you came from, ask for forgiveness instead of permission, and above all else, KEEP IT REAL!

Almost a year removed from their 2019 street-certified surprise collaboration Dum & Dummer, a project inundated with gritty punchlines and witty banter over 22 tracks, the two Ten-a-key (Tennessee) rappers enthusiastically embarked on a nationwide tour with a stop here in the DMV recently at The Fillmore Silver Spring.

In a previous interview when asked about the name Dum & Dummer, Dolph stated, “cuz we move different. Whatever everybody else doing, we’re doing the opposite.” Oddly enough, for an unplanned release, the album feels very cohesive and unforced. The chemistry between the teacher and student is undeniable. You would think the way these two powerhouse artists are maneuvering, that there was a major label behind the weight of their movement but no, this is a completely independent push.

It’s no secret Dolph turned down a $22 million deal to keep it all in-house on his Paper Route Empire (PRE) label, giving his camp control of all his masters and money-making ability. Adding Glock to the recipe takes it to another level. “He’s a hustler,” Dolph declares in a 2018 interview with Variety Magazine. “He’s young and passionate. He loves music like I love music.”

Watch the official music video for “Russian Cream” by Key Glock on YouTube:

As the much anticipated night got underway at The Fillmore on March 1, the drop of the curtain in front of the sold-out crowd signaled the start of the show. The stage was mocked up as their “No Rules” classroom. ‘PRE’ logos adorned the walls. But this was unlike any homeroom I remember. Stripper poles posted on the corners of the set gave the dancers a place to do their thing and boy did they take advantage of that. As the gas cannons went off, Key Glock flexes wearing no less than 100k in jewelry.

The intro keys on “Russian Creme” started to play over the house speakers, and the loyal fans couldn’t hold back their excitement, rapping word for word with the “M Town” MC Glock then proceeded to methodically and effortlessly float through his most recent release Yellowtape, as he primed the stage for his potna.

Young Dolph, late to the lecture, burst out the classroom door, dressed head to toe in Gucci, spitting bars from “Water on Water on Water,” a single off Dum & Dummer whose video has amassed 20 million+ views on YouTube. The set was high energy and moved fast. By the time they got to the fourth song, “1 Hell of a Life” with its heavy metal guitar riff, there was a thick cloud of smoke in the air, Dolph and Glock kicked yellow balloons, with a smiley faces on them, around the stage.

The vibe was beyond right at this point with no signs of slowing down. As the saying goes “rules are meant to be broken,” but if Dolph and Key Glock have anything to do with it, we’re gonna have to adhere to a few of theirs.

Below are images from a “So fresh, so clean clean” night with Young Dolph and Key Glock at The Fillmore Silver Spring on March 1, 2020. All images and words copyright and courtesy of Shedrick Pelt (www.sdotpdotmedia.com) 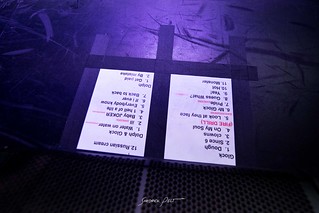 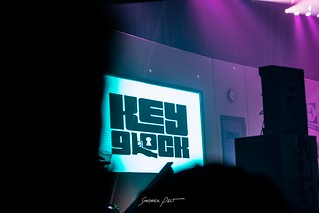 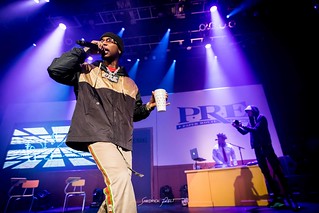 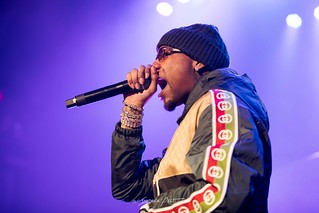 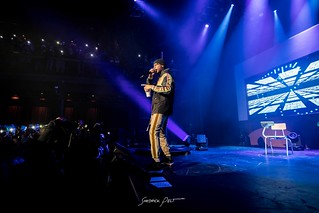 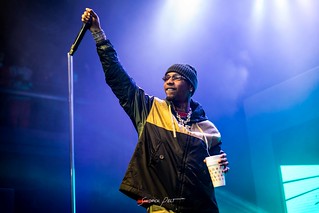 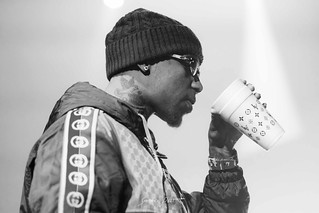 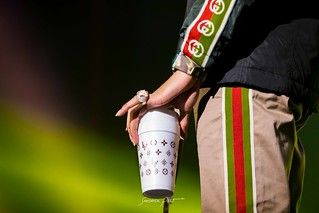 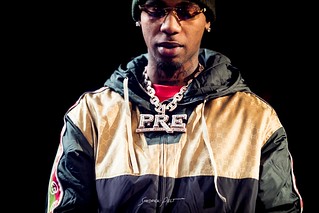 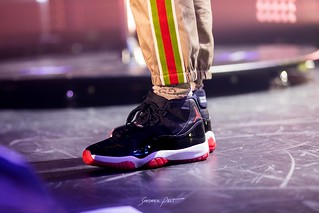 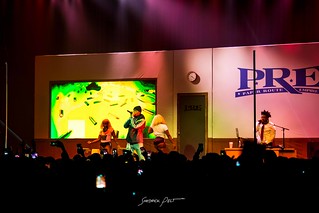 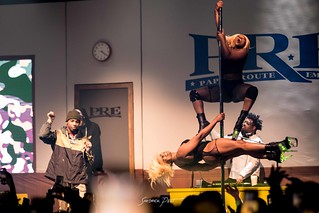 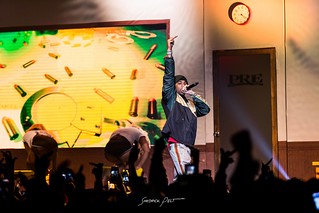 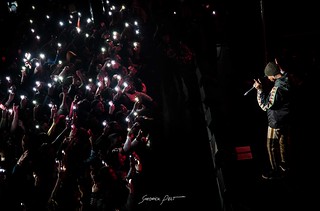 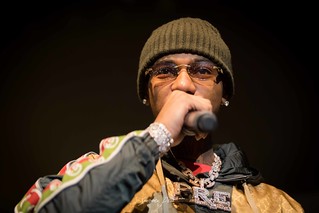 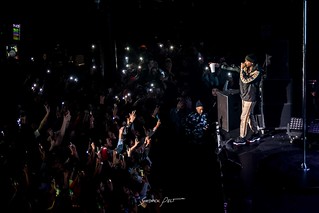 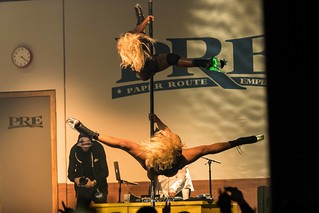 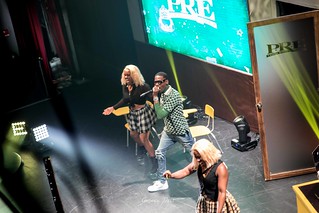 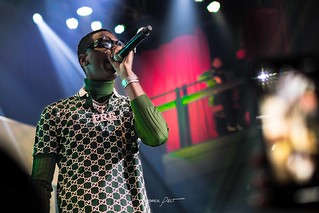 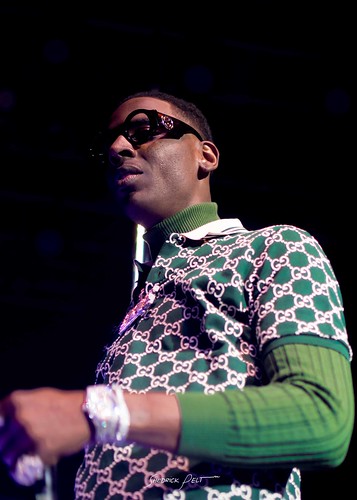 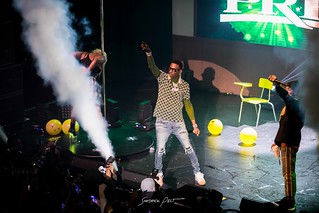 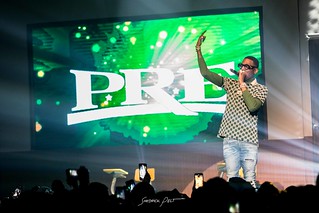 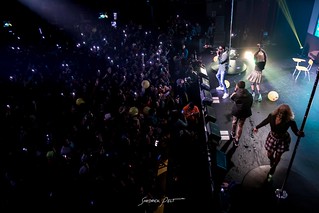 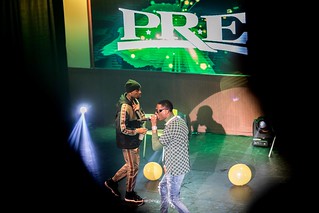 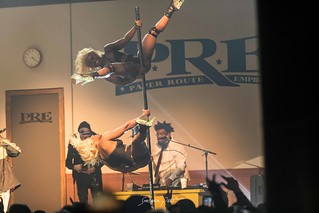 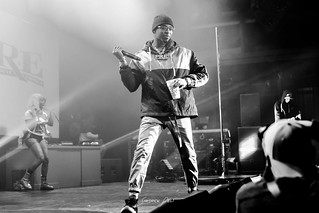 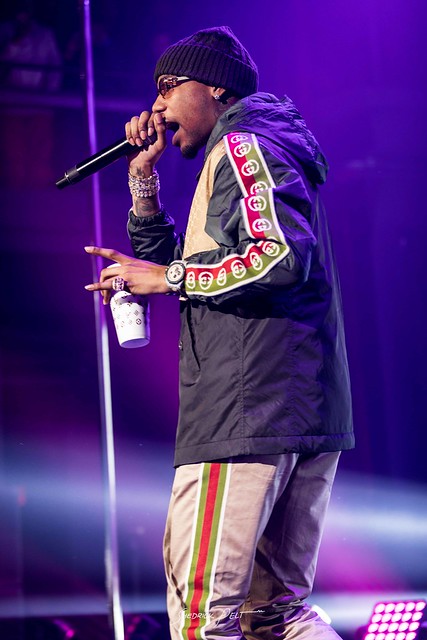 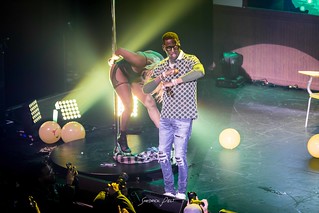 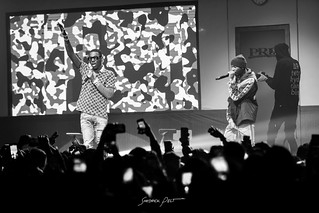