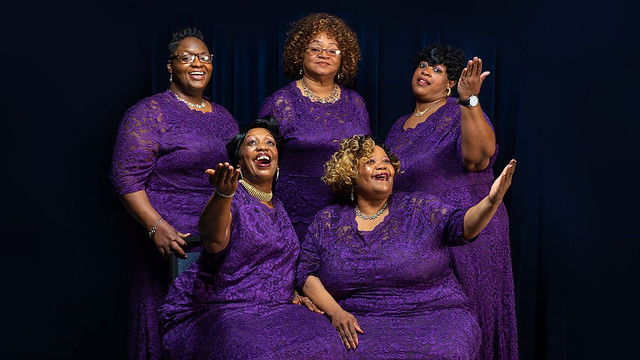 The Ingramettes released Take a Look in the Book, a new album, on March 20. It includes a new take on “Grandma’s Hands” by the late Bill Whithers, who passed away days later due to heart complications.

Bandleader Almeta Ingram-Miller told Hearth Music how the song reminded her of her own grandmother. She worked in the cotton and tobacco fields, scraping out a living day after day in Coffee County, Georgia, in an old shotgun shack.

The family was poor, and embattled by the surrounding community of whites. One day, Almeta’s family wouldn’t go outside because a black body was hung in a tree in their front yard after a lynching.

Almeta’s grandmother sat up that entire night with a shotgun in her lap on the front porch, defending the family’s home.

In a review of The Ingramettes new album for No Depression, Grant Britt said The Ingrammettes created “soul-stirring, life-changing music with a message.”

“But on this first recorded outing without Mama Maggie, daughter Ingram-Miller takes it across the aisle a half-step with Bill Withers’ ‘Grandma’s Hands,’ a tune the singer-songwriter often introduced in his shows as one of his favorite compositions. But while Withers’ original was a folky, soulful blues treatment, The Ingramettes take it to church, wooing celestially behind Ingram-Miller’s wailing sermonette on the sanctified safety net of Grandma’s hands, working in some extra lyrics about Grandma’s cotton pickin’ days, a reference to her own grandmother’s background, plucking cotton till her fingers bled,” Grant wrote.

For more of The Ingramettes, visit the website of Virginia Folklife.