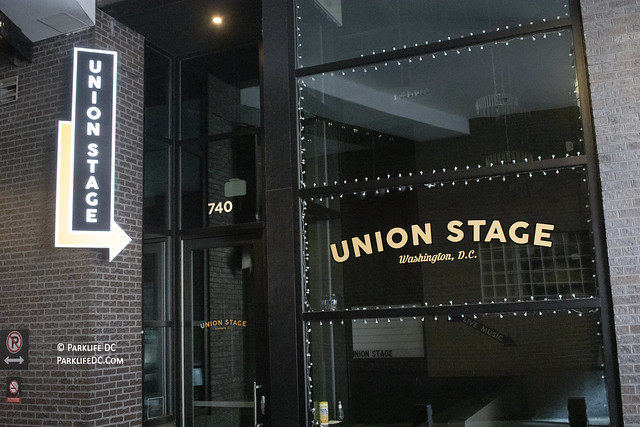 Union Stage is perhaps the most pleasantly surprising music venue in DC.

Opened at The Wharf, located in southwest DC in December 2017, Union Stage was founded by brothers Jonathan, Luke, and Daniel Brindley, who have owned and operated Jammin’ Java in Vienna, Virginia, since 2001.

If you’ve never been to Union Stage, you might wonder if it radiates the same chill coffee house vibes as Jammin’ Java. To its credit, the 7,500 sq. ft. subterranean venue does its own thing and does it with style.

Today, Jammin’ Java probably tops people’s minds for bands that play Americana and folk music, although it books quite a variety of acts. Union Stage offers even more musical diversity through a range of bands that play everything from hip hop to industrial. Union Stage hosted some of the most anticipated shows of the past few years since its opening, and it continues to diversify and surprise with musical groups, performers, and dance parties.

With its capacity of 450 people, Union Stage is a perfect spot for rising stars. It’s also built specifically for bands, with an appealing wedge-shaped stage that is clearly visible from around the venue. Once you come down the stairs and through the door to the concert hall, the main bar welcomes you from along the right wall. The stage sits on the far wall. If you go left into the far back corner, you’ll find a second, rarely used bar and an area designated as a DIY coatcheck.

The light and sound systems at Union Stage are absolutely lovely, and you can usually count on the artist being well lit and appropriately amplified. Those artists include the likes of legacy post-punk acts such as Wire and Clan of Xymox and big deal hip hop artists like Dave and Jamila Woods. Union Stage also hosted hot new performers like Jessie Reyez and The Regrettes.

From its location on The Wharf at 740 Water St. SW, Union Stage is comfortably surrounded by other restaurants and clubs, as well as quite a few residential buildings. The area has a bit of a fabricated feeling to it, but it’s honestly quite delightful to walk around the area, which is positioned along the Potomac River.

As with most DC music venues, I would strongly recommend taking public transportation or a ride hailing service to The Wharf. During rush hours or busy nights (there are many high-end restaurants and three concert venues in a small area), the narrow streets surrounding The Wharf quickly become bottlenecked. Leaving is usually a bit easier at the end of the night. There is a parking garage at The Wharf, but it might fill up quickly on busy evenings. My favorite way to arrive at The Wharf is to travel via WMATA rail to the L’Enfant Plaza Metro Station and then to cross L’Enfant Plaza to the downhill approach that quickly and easily places you at the entrance to The Wharf from the 9th St. NW Expressway.

Oh by the way, Union Stage also has gained quite a reputation for its thin pizzas. You can eat very well and quite affordably at Union Stage with these tasty pies. To complement the pizza, Union Stage offers an impressive line of beer on tap, including their own Union Stage IPA and Union Stage Pilsner, created for the venue by the very excellent Caboose Brewing Company in Virginia.

The Union pizza has become so popular that Union Stage makes it available through another standalone takeout location along The Wharf, a short walk from the venue. With the takeout restaurant, you can grab the yummy Union Pie at any time, not just when there’s a concert.

The menu is just another one of many pleasant surprises that await you at Union Stage!

For more info on Union Stage as well as a concert schedule, visit the venue’s website.

Editor’s note: As a DC-area music venue for touring bands occupied by its owner-operator, Union Stage is eligible for nomination in our annual Thrushie Awards as Best Concert Venue. 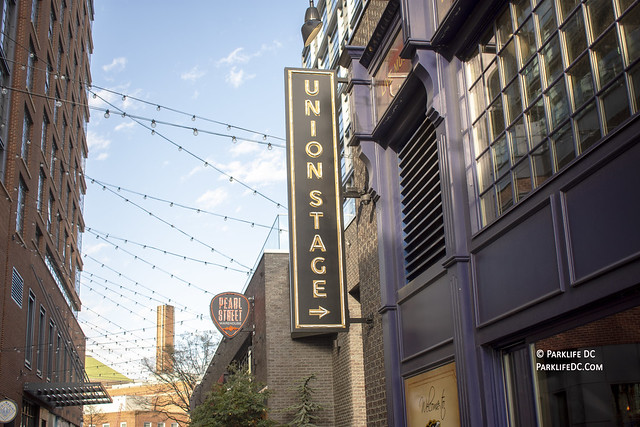 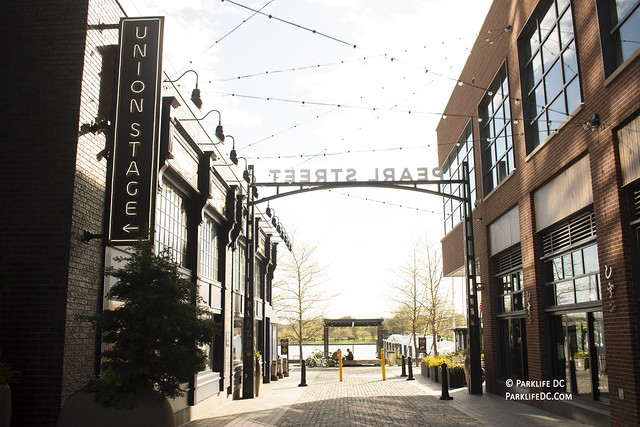 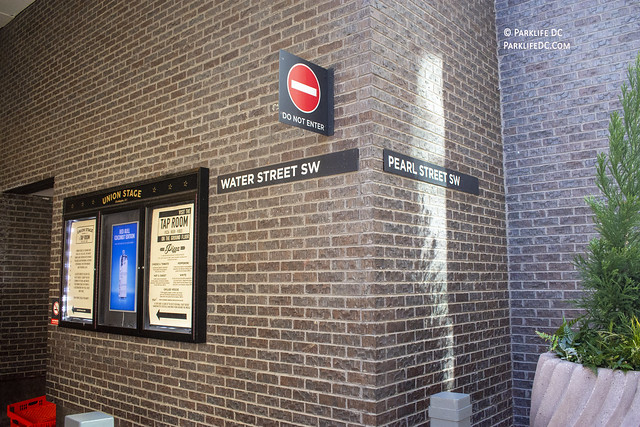 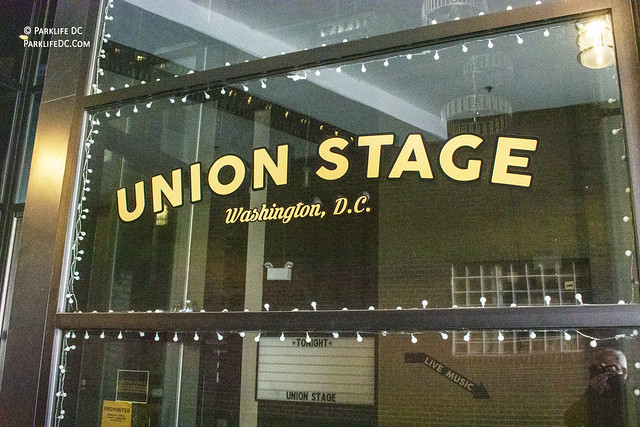 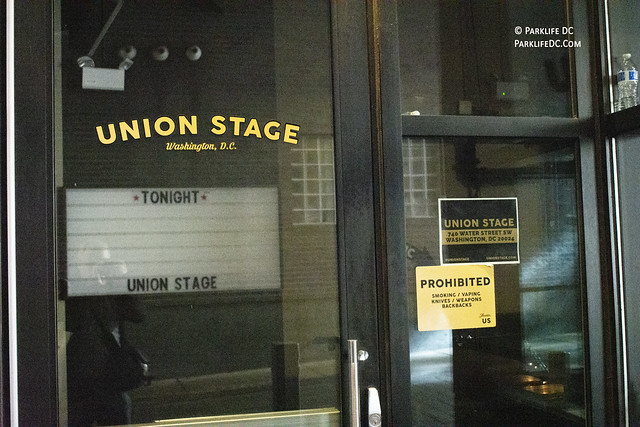 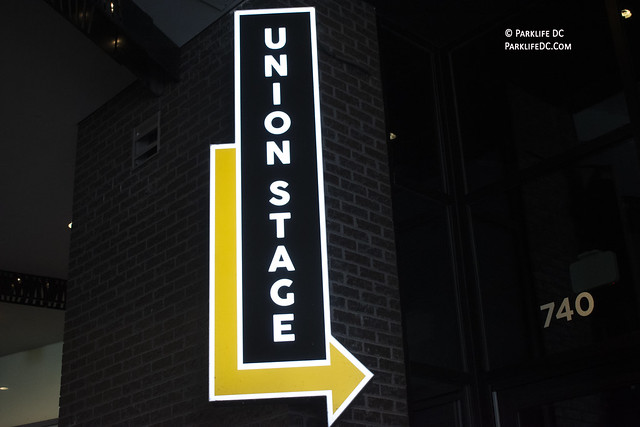 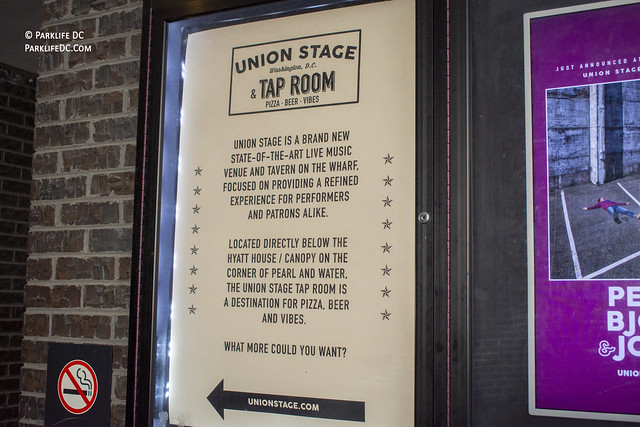 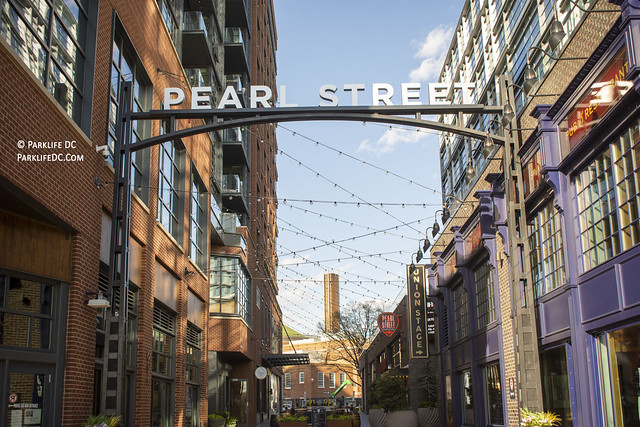 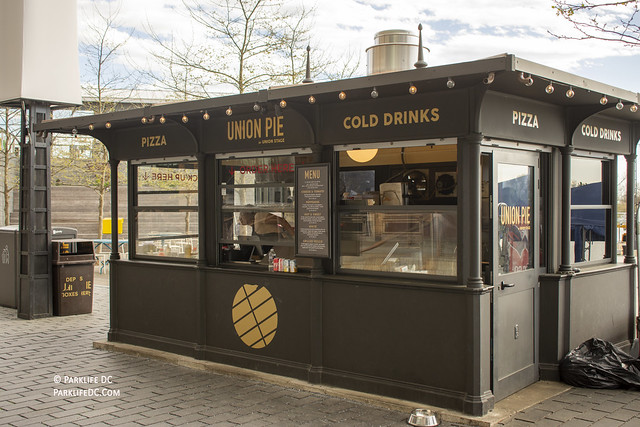 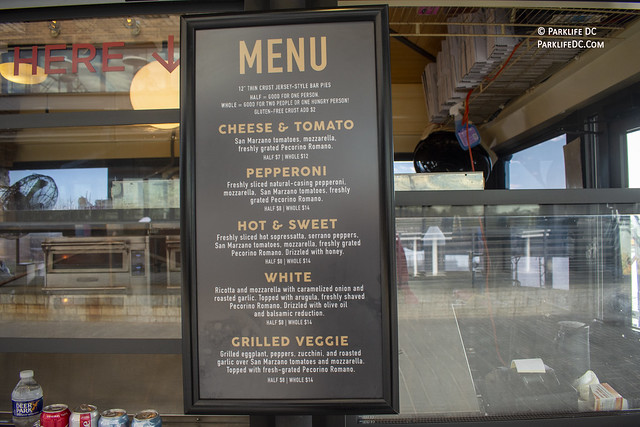