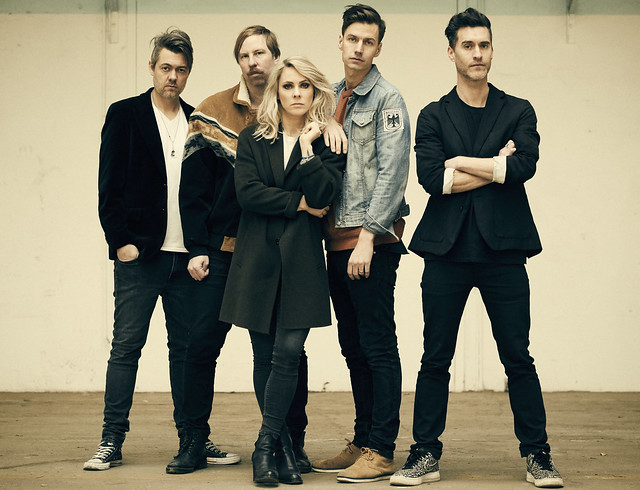 The Sounds perform and debut songs from their first new album in seven years, titled Things We Do for Love (out June 12), including their new singles “Things We Do for Love” and “Safe and Sound” (the latter single out on April 24). The event is a full production concert of fan favorites from their previous six albums that “you can dance and rock out to while safely social distancing at home.”

Watch a lyric video for “Things We Do for Love” by The Sounds on YouTube:

Unfortunately, due to the COVID-19 pandemic, The Sounds have been forced to postpone their entire North American tour planned for April/May, including a date at DC’s Black Cat on April 30, as well as all of their other concerts and festivals around the world. The band had been searching for a way to reach their large global fanbase while the world is forced to be staying in, so when their hometown venue The KB reached out and invited the band to come and perform there for a full production concert, they immediately started the discussions.

Additionally, the COVID-19 pandemic has pushed back the release of The Sounds new album Things We Do for Love to June 12. Resonating the excitement and dynamism that they’ve always brought to the table for each successive album, The Sounds have outdone themselves in rhythm and melody.

Stream will be broadcasted on The Sounds, Kulturbolaget, and
KB West’s social media pages: