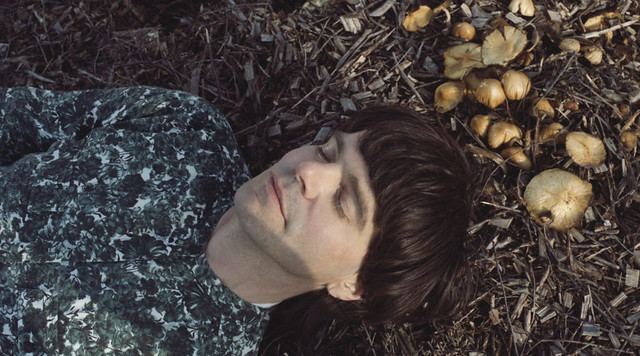 Of the track, Tim said: “Laurie is a love letter to the future from the past. An uplifting view of the world, written about a time when it’s hard to find positivity, but when you need optimism more than anything else.”

The colorful part-animated video is directed by Callum Scott-Dyson and with filmed content by Nik Colk Void.

Watch the official music video for “Laurie” by Tim Burgess on YouTube:

Frontman, singer, label boss, DJ and author, Tim has been instrumental in so many great records over the years, always bringing enthusiasm, positivity and diversity of influence, which altogether light the way for those who hold him dear.

While in The Charlatans, Tim’s insatiable energy has been a consistent fuel for the band across 13 high-charting albums, his solo adventure has been no less extraordinary, scaling new heights in 2020 with his fifth solo release to date: I Love the New Sky. Released via Bella Union, it features wonderfully connective songs of everyday minutiae and universal experience, of love and anger, of loss and belonging, all united by elaborate yet natural arrangements and an effortless but deceptively expert way with melody.

The 12 tunes of I Love the New Sky were authored, Tim said, “in Norfolk [England], in the middle of the countryside, with the nearest shop eight miles away. There are no distractions, and I guess that way things happen. I wrote everything on acoustic guitar, and the chords were really considered. The guitar lines would lead the melody, and the melody would inform the lyrics — just dreaming away with music.”