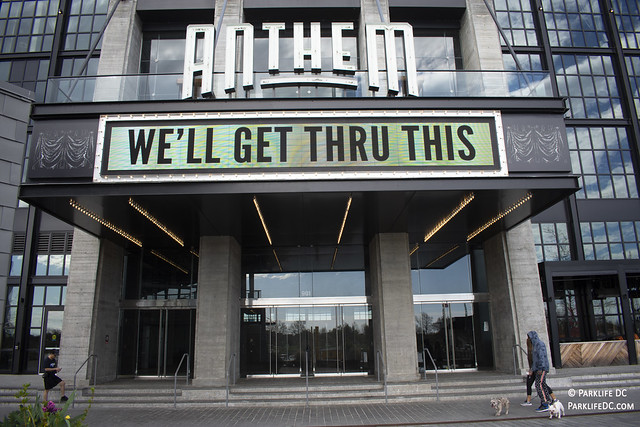 The Anthem (Photo by Mickey McCarter)

On Oct. 12, 2017, the Foo Fighters headlined the first night at The Anthem at the shiny new Wharf development, and nothing in DC concert was ever the same again.

Promotions company IMP, the owners of 9:30 Club, had an ambitious goal. The principals would build a tremendous theatre to hold 6,000 seats in the newly recapitalized southwest neighborhood, providing ample space for bands that appreciate a general admission experience but might be too big for one night at 9:30 Club.

It was a smashing success.

The opening night ticket was the hottest ticket in town — the Foo Fighters brought with them glam Brits The Struts and DC go-go band Trouble Funk. But many folks already knew what to expect due to free soft opening performances in the week prior to the show.

We saw The Anthem’s magnificent proscenium stage. The wide, well-lit stage easily holds just about any kind of performance, spreading along the back of the venue with ample space to shine under state of the art lights and reverberate with marvelous sound. Some bands, like Phoenix, have made smart use of the impressive digital projection tech built into the stage. Others, like the Violent Femmes, simply enjoy enough elbow room to spread out with contributors playing an eclectic assortment of instruments. Jack White recorded a live concert film there in 2018.

Watch the official trailer for Jack White: Kneeling at The Anthem on YouTube:

When you walk into The Anthem, you pass through a lobby and find yourself on the venue’s general admission first floor. Sometimes the floor is seated, but most often, it’s wide open for parties to roam and claim a spot to watch the show. In the far back, risers mark a VIP area that surrounds the sound booth. Two large bars flank the stage to the left and the right.

Those bars are credit only, although you could use cash to purchase a gift card from The Anthem concessions stand and then purchase food and drink with the gift card. As with 9:30 Club, The Anthem won’t run a tab but encourages use of a mobile app that will run a tab for you. You can order from a limited menu of half smokes, shrimp cocktail, and more at the bar or you can go directly to a food window to grab bites from catering company Eat to the Beat.

Read Parklife DC’s coverage of concerts at The Anthem.

Throughout the Anthem, you’ll find other concessions like a Pacifico beer trailer, a pretzel stand, a coffee bar, a hot dog stand, a standalone cocktail bar, and more. If you know exactly what you want, it is often faster to patronize these stands rather than queue at the popular bars, which appear in the same locations on the second and third floor as they do in the main hall. One except to the bars is a large, inviting one that faces away from the stage behind the risers of the first floor. You can order and hear music from there, but you’ll be blocked from seeing the show at all. You can order food from all of the bars, but you’ll have to take an order ticket to a food window to claim it.

The Anthem accomplished exactly what it set out to do — giving DC an expansive space where top bands or multi-faceted bills could perform without fear of running out of room. The big room feels accessible and comfortable, combining the best features of a nightclub and an arena. What a venue to visit.

Long may The Anthem shine!

For a concert schedule and more information, visit The Anthem’s website. 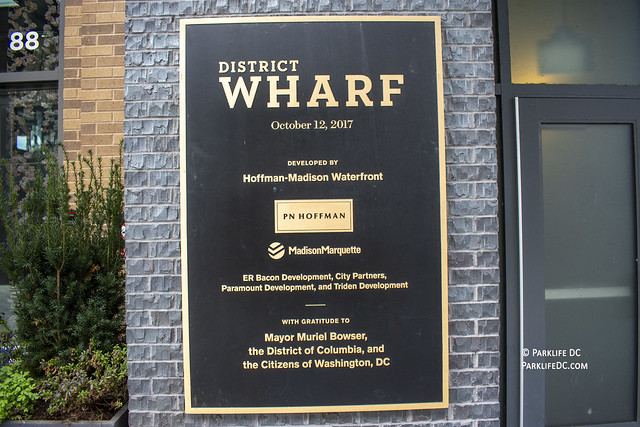 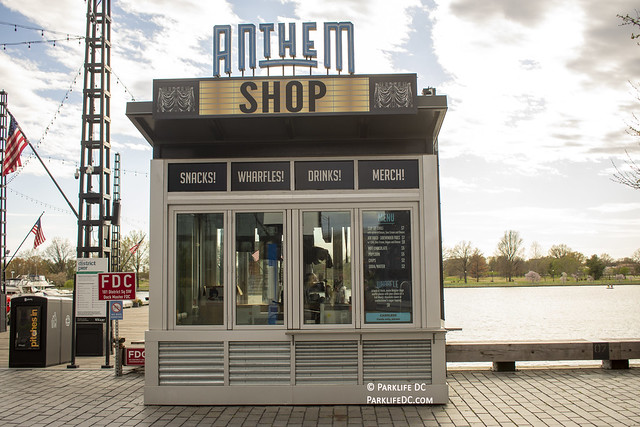 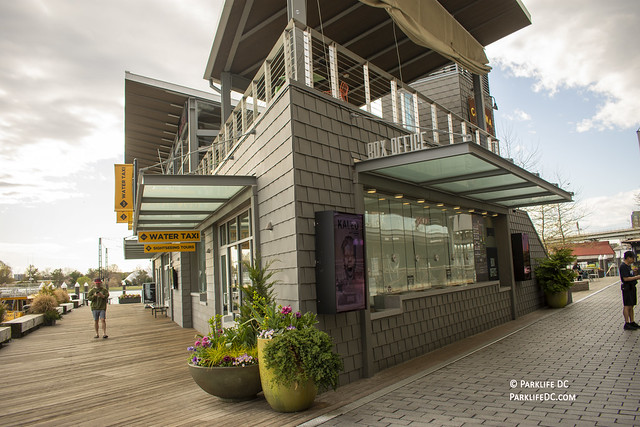 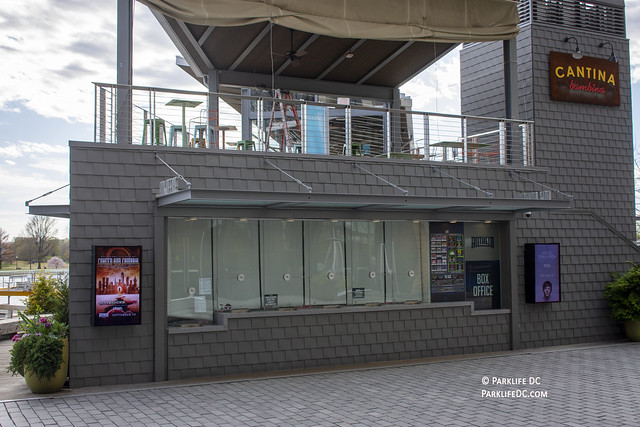 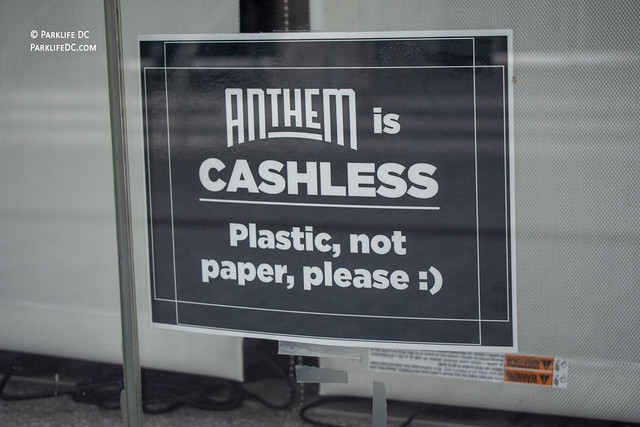 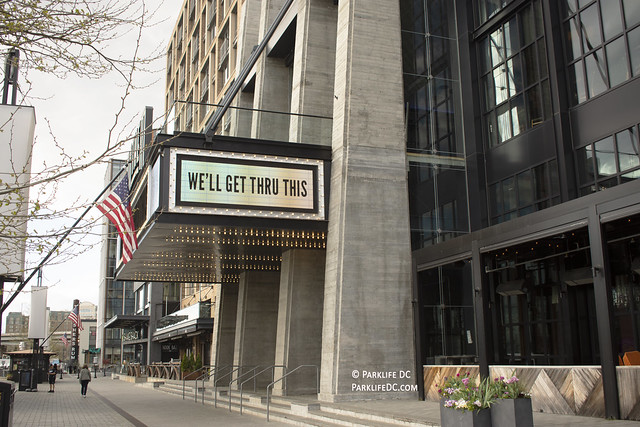 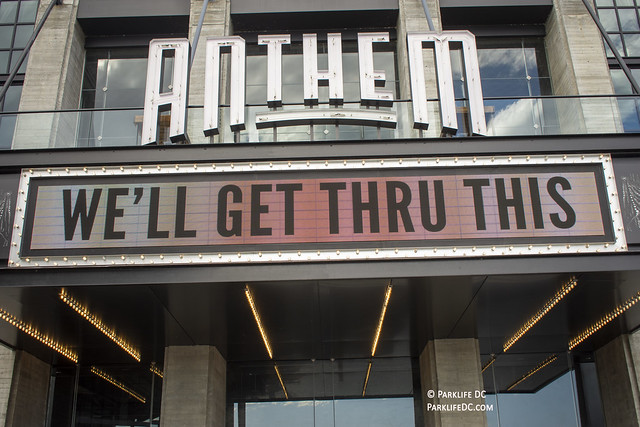 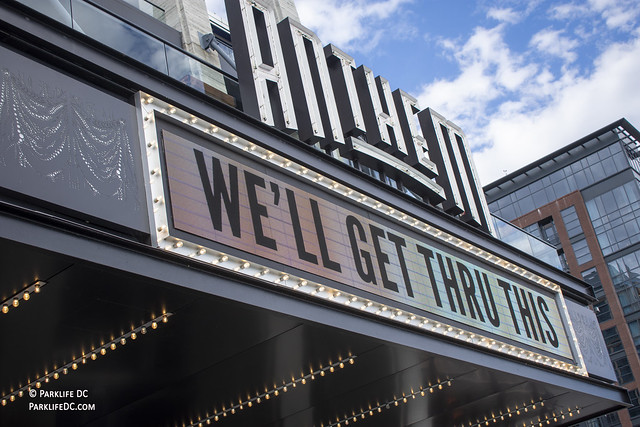 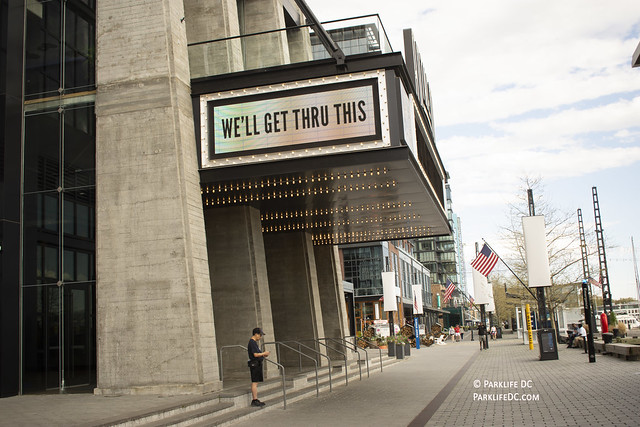