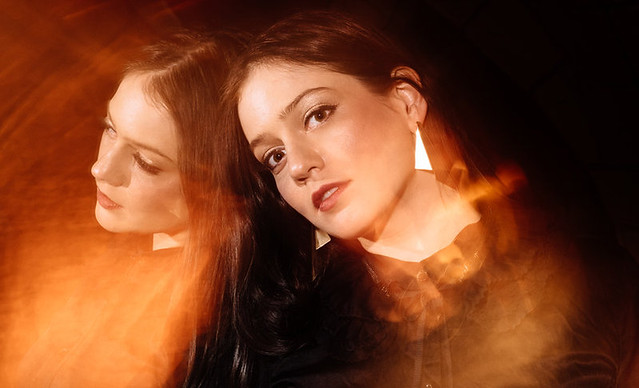 With a heart-stopping voice and wide-ranging instrumental talent, Odetta Hartman carries cowboy soul into an era where country can clash with computers, and bluegrass isn’t afraid of bass.

Odetta livestreams a performance for Sixth & I Living Room Sessions on Friday, April 24.

Odetta’s debut LP 222 — an experimental, bedroom-produced hybrid of folk, musique concrete, and psychedelia — was released on Northern Spy Records in 2015 to critical acclaim.

Read our Parklife DC interview with Odetta Hartman from 2019.

Watch the official music video for “YOU YOU” by Odetta Hartman on YouTube:

Sixth & I is committed to providing dynamic and entertaining programming while our building is closed, but it needs your help to sustain those who make this programming possible. If you can, please consider making a tax-deductible contribution of any amount. Donations will be shared evenly between Sixth & I and the artists featured in our Living Room Sessions series.