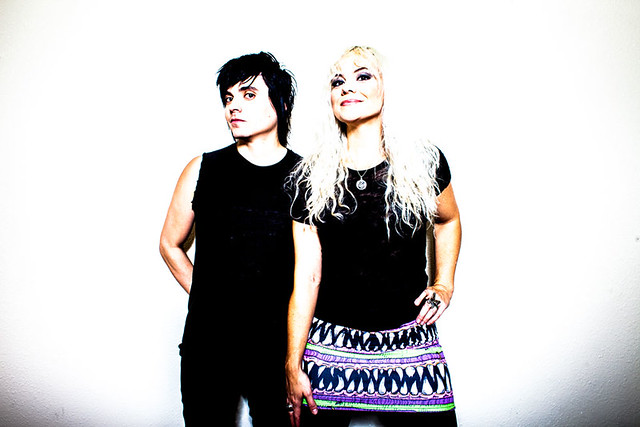 Recorded on the heels of The Dollyrots’ live album/ concert film, Family Vacation: Live in Los Angeles, the band wrote and recorded Whiplash Splash while vocalist and guitarist Kelly Ogden was pregnant with the couple’s daughter Daisy.

Songs from this record remain a huge part of the band’s live show and include “I Do,” “Dance Like A Maniac,” “Babbling Idiot,” “Pack of Smokes,” “Mermaid,” “Just Because I’m Blonde,” and more.

“We truly love this album and cannot WAIT to play these tunes for ya!” The Dollyrots said on StageIt.

Watch the official music video for “Just Because I’m Blonde” by The Dollyrots on YouTube:

The show is pay what you can, but The Dollrots have some swag for the top tippers during the show.

“Our Top Tipper for this show will get something truly unique: it’s a full size (12×12 inch) canvas print of the album cover, signed by us and personalized with a sharpie message taking up the back of the print! You also get a one-of-a-kind POLAROID that we’ll take right after the show and mail your way, making either the goofiest or nicest faces we can, your choice,” The Dollyrots said.

The band also will send the Top 3 tippers an autographed copy of Whiplash Splash on translucent blue vinyl PLUS make custom video messages to cheer up each each tipper that needs a lift!

Reserve your place on StageIt for The Dollyrots now.

The Dollyrots
StageIt
Sunday, April 26
Show @ 4pm ET
Pay What You Can
All ages