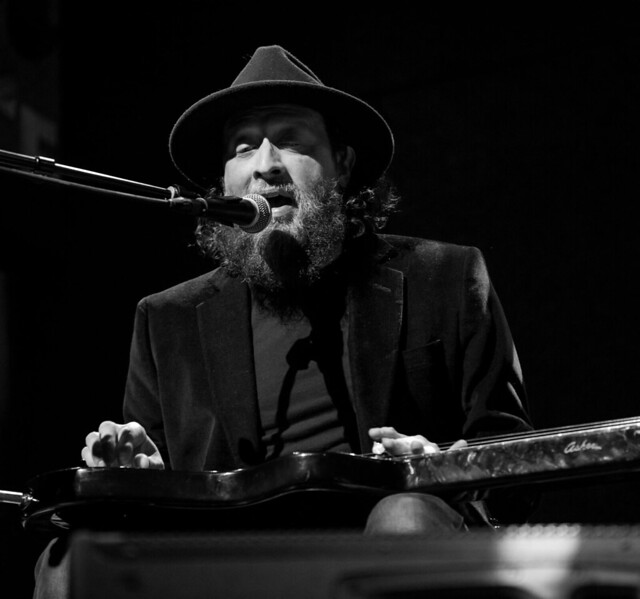 The Hamilton might be temporarily closed, but it still hosts performances on its Facebook page. Wishing you could stop by The Hamilton for happy hour? Missing live music in The Loft? Join The Hamilton Loft Virtual Happy Hour series!

Bobby recently won a WAMMIE (Washington Area Music Association) award for 2018 best blues album, and although there are strong overtones of the blues in his writing, he sees himself essentially as a folk-blues singer-songwriter, sometimes solo, and sometimes with a little amp, and a band.

“I want to carry on the tradition, of blues and folk music, without mimicking, but with solid interpretation and writing. People like Taj Mahal, John Hammond Jr., and Mississippi John Hurt are top-shelf in my vinyl catalog. Lightnin’ Hopkins and Townes Van Zandt were friends. Bob Dylan sang blues songs. Blues music and folk music are close relatives. That’s the tradition I want to continue in with my songwriting and performances,” Bobby said.

Watch Bobby Thompson perform “Down to Here” for Sofar Sounds in 2017 via YouTube:

Bobby cut his teeth learning to play in the old blues clubs of DC from the likes of Bobby Parker. After honing his craft as a much sought after support man, Bobby decided to step out as a solo artist, releasing three albums since 2011. Catch his show to hear some of those tunes live!