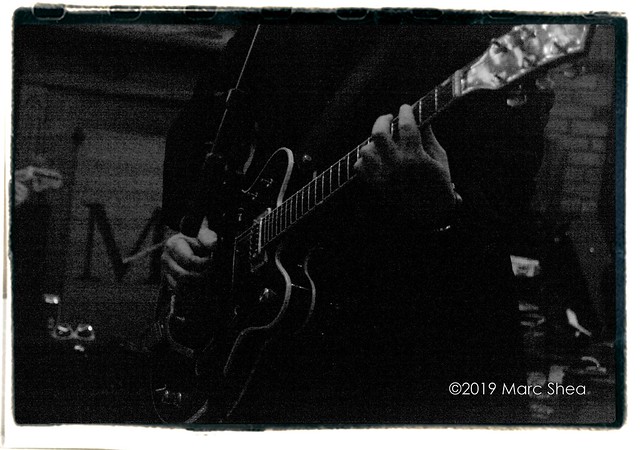 Morgan Geer of Drunken Prayer performs at Mum’s in Baltimore on May 17, 2019. (Photo by Marc Shea)

It turns out that the song “Crazy Alone (Quarantine)” wasn’t exactly purpose-written for COVID-19. Morgan has been working on new material ever since the release of Drunken Prayer’s last album, Cordelia Elsewhere, was released in 2019. 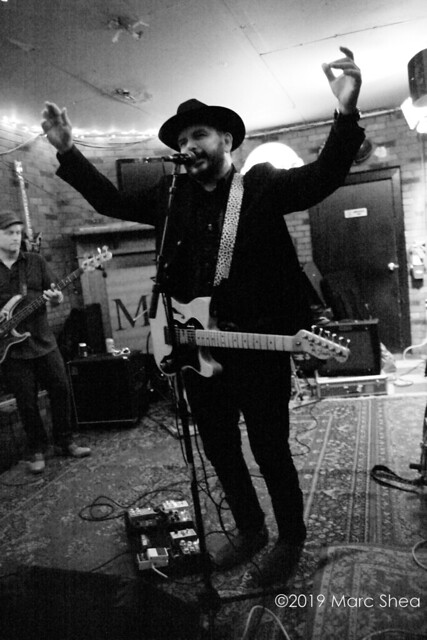 The version of “Crazy Alone” that was released this month is technically still in demo form. Since the nationwide lockdown, Morgan hasn’t been able to finish the version he began with the Gral Brothers. Morgan said that the spine of the song was recorded at Empty House Drum Studio, where OM records most of their music. That was the direction he was headed before it all came to a sudden standstill.

Watch the official music video for “Crazy Alone (Quarantine),” filmed around Asheville, North Carolina, during the current quarantine, on YouTube:

The video was shot by Morgan’s wife, Christa De Mayo, with the exception of the the guy washing his windows, Benny Hill-style — that was shot by my daughter, Maggie Shea. The video was inspired by Jamie Harmon’s Amurica “Quarantine Portraits” series out of Memphis, Tennessee.

It was Christa’s idea to put the song out as a single. However, Morgan’s plan is to finish the song along with the rest of the record he began last summer.

For more music by Drunken Prayer, visit the project’s website.