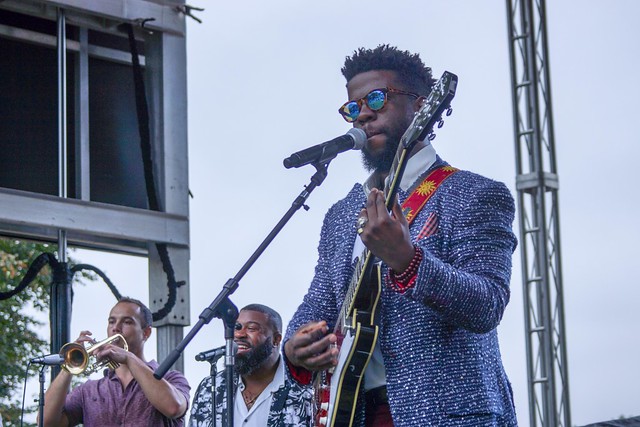 Union Stage is bringing artists to you via Instagram in a livestream for its You & US: A Live Series. Next up is DC’s own Aztec Sun performing via Union Stage’s Instagram on Tuesday, May 5.

To follow their debut 2016 EP, Set You Free, Aztec Sun traveled to IronWax Studios in Erving, Massachusetts, to record their first full-length album, In the Name of Everyone, with Soulive drummer/ co-founder Alan Evans at the helm. Released in 2018, the record was a conduit for the band to continue spreading their feel-good music and an opportunity to paint the feelings behind their “Funk with Soul” mantra.

Watch the official music video for “In the Name of Everyone” by Aztec Sun on YouTube:

Aztec Sun’s infectious songwriting, rhythmic versatility and energetic performances have yielded rewards for the group, most notably being named Best Local Original Band by the Washington City Paper in 2016 and 2017 (runner-up). These accolades, along with the group’s reputation as a well-oiled machine, have made AZTEC SUN an ideal local act to pair with internationally touring artists passing through the DMV. To name a few: Galactic Everyone Orchestra (conducted by Matt Butler and featuring members of moe., The Bridge, The Disco Biscuits, Soulive, Furthur, TAB, Snarky Puppy, The Revivalists, Marco Benevento) Lee Fields & The Expressions, Shaun Martin of Snarky Puppy, Burning Spear, The Suffers, The Pimps of Joytime, and Naughty Professor.

Aztec Sun
You & US: A Live Series
Instagram
Tuesday, May 5
Show @ 7pm
Donations welcome
All ages