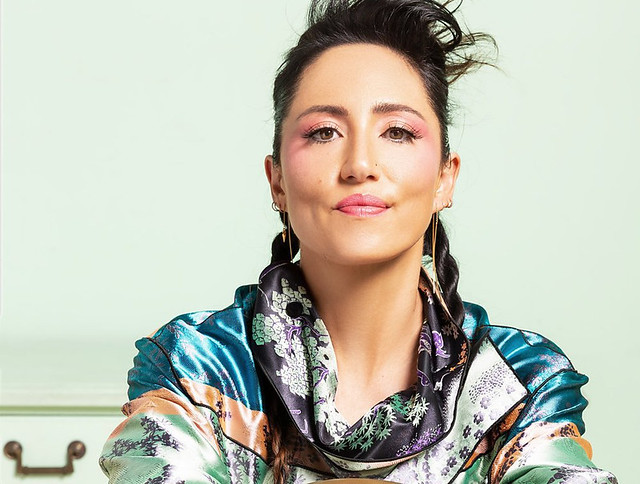 The accompanying video starts off with Zoe — who was Uma Thurman’s stunt double in the Kill Bill franchise — reclining on a couch while attempting to read a book and complaining of boredom.

The video features the top female action stars like Cameron Diaz, Scarlett Johansson, Margot Robbie, and Halle Berry (just to name a few), kicking each other’s asses through clever editing as KT Tunstall song “The Healer” is playing in the background.

Keep watching till the end as well to see an appearance from KT herself.

A new version of “The Healer,” which originally appeared on KT’s Golden State EP, was included on her Wax, her 2018 album.

“Wax evokes colonies of bees, candlelight, the material that the first long-playing records were made of”, KT said, “but more than that, wax is produced inside your own head. You unconsciously create it, and then weirdly that same basic substance has been used for centuries to make the most lifelike replicas of human beings. It has a life glow to it. It sticks to you. We have these strange, ancient connections and relationships with wax. How odd is it that the body produces all these substances from all these holes!”

For more music by KT Tunstall, visit her website.