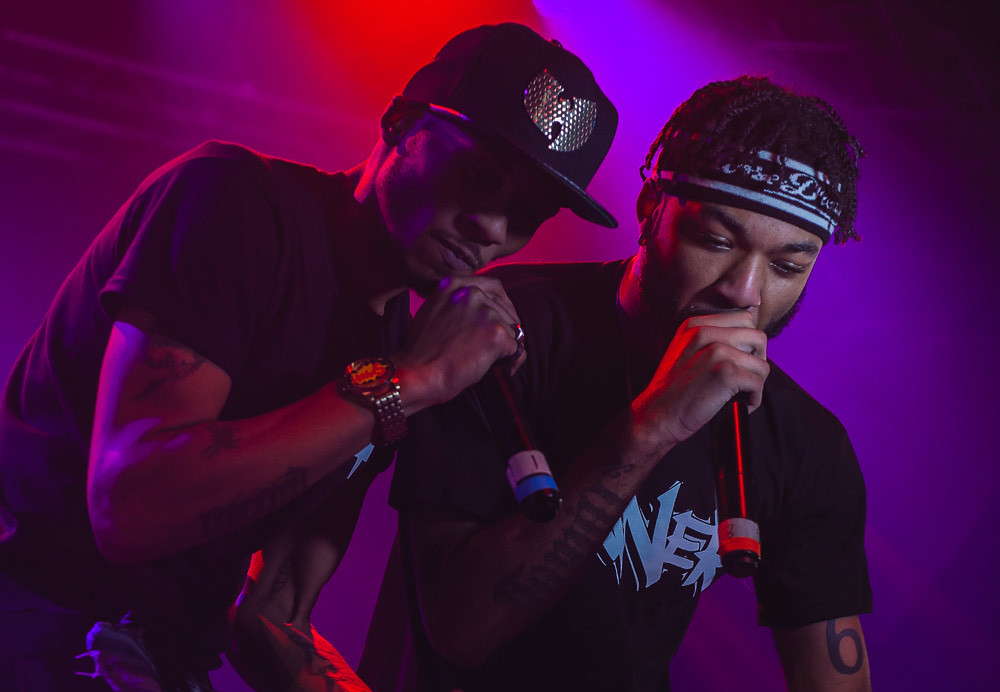 “My seeds grow with his seeds, marry his seeds/ That’s how we keep Wu-Tang money all up in the family,” Ghostface Killah rhymed on “Glaciers of Ice,” off Raekwon’s classic solo album Only Built for Cuban Linx. That was in 1995. Twenty-five years later, the words from the Wu-Tang Clan rapper has proven prophetic.

Will Colbert of Parklife DC recently spoke with iNTeLL, who is the son of Wu-Tang Clan member U-God, and one of half of the group GFTD. His partner in rhyme is PXWER, a fellow Staten Islander and son of Method Man. The pair are part of the 2nd Generation Wu rap collective whose members include Sun God (son of Ghostface Killah) and YDB (son of the late ODB).

The progeny of hip hop royalty constitutes the new Tao of Wu. Enter the next chamber!

(This interview has been edited for length and focus.)

Will Colbert: I’m a huge Wu-Tang fan, so I was excited to hear that a new generation will carry on the legacy. What’s the 2nd Generation Wu origin story?

iNTeLL: Me and PXWER are cousins. His mother is my aunt. We grew up together. When we started taking music seriously, we’d make music together and do shows.

Supreme’s (one of Ghostface Killah’s sons) mom is my mom’s best friend. We grew up together as well. He makes music and is a phenomenal artist. Over the years, I linked up with Young Dirty (YDB) and recently linked up with Sun God. That was the last piece of the puzzle to make the cipher complete.

WC: It’s reminiscent of the Wu. They all brought different things to the table. Different styles. What do the emcees of 2nd Generation Wu bring to the table?

iNTeLL: I feel like each of us is very different. Sun God is that rugged, hardcore, mafioso street rap. PXWER is going to hit you with the intellectual from the young point of view. Young Dirty is going to give you that wild flavor. My style is very versatile, but my foundation is in conscious rap.

WC: Have you ever thought about doing anything else?

iNTeLL: I’m also a filmmaker. I’ve been doing that right alongside music. I went to film school, graduated from LIU (Long Island University), class of 2013. I’ve done dozens of music videos for other artists, as well as the artists under my label (Intellectual Entertainment).

iNTeLL: Seven in Supreme Mathematics is the number for God, and O is a cipher, and D is divine. That title came about when we were pontificating about the overall message of the record, which is not to put your faith into something material but put it into something higher than yourself.

Watch the official video for “7.O.D.” by 2nd Generation Wu on YouTube:

WC: Who are your influences?

iNTeLL: Me personally, there are so many, but I’ll narrow it down to the artists that directly changed my life as a musician in terms of inspiration: Eminem, Lupe Fiasco, Kendrick Lamar.

WC: How did these emcees influence your sound?

iNTeLL: The Deltron 3030 [hip hop supergroup featuring Del The Funky Homosapien] album taught me that you can rhyme about whatever you want. You can rhyme about space and the future. Before that, when I was just getting into hip hop, I was listening to Biggie and a lot of classic ’90s rap. It was all about experiences. I’m listening to Deltron 3030, and I’m like, what the fuck is he talking about? It sounds amazing, though. That expanded my writing.

Then when I heard Eminem. He’s doing voices. He’s doing multiple characters. Oh, you can do that too. You can do whatever you want! He’s rapping about all of this fictional shit. So you can add fiction or creativity to your rhymes as long as you’re doing it lyrically.

Then when I heard Lupe. Oh, my God! This is like poetries’ older brother. This is the purest form of rhythm and poetry. The lyricism combined with what he was talking about. You can express yourself politically in your music. 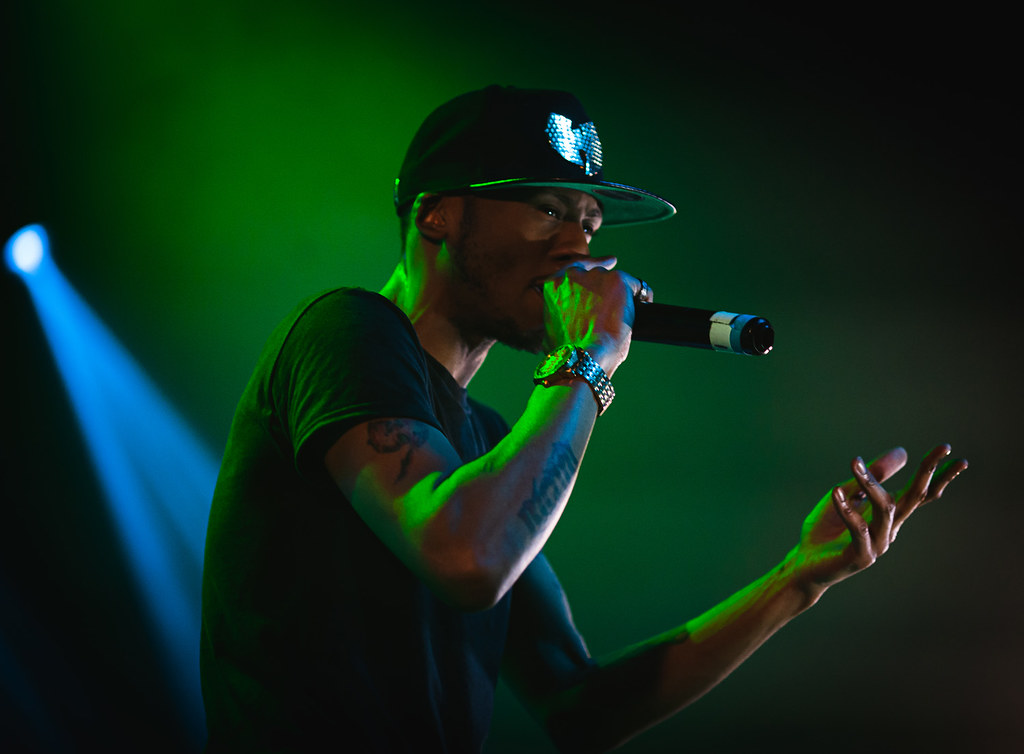 WC: So, no compromising or switching up your style to fit a mold?

WC: The producer on “New Generation” goes by YODI. Are you working with anyone else on the new album?

iNTeLL: Yes, a lot of them are producers that I’ve known throughout my career and a few that we’ve met along the way. The most notable I would say is 88-Keys. We have a new song produced by 88-Keys, which is our next single coming out on May 29.

WC: Is this a single on a 2nd Generation Wu album?

iNTeLL: I wouldn’t call it a 2nd Generation Wu album. Sun God is with his father [Ghostface Killah] when his father does solo stuff. YDB is an official member of the Wu-Tang Clan, so as you can imagine that takes up a lot of time.

It was like me and PXWER were on our way to building something. Then we linked up with YDB and Son God and was like, yo let’s do this, and we threw the record (“7.O.D.”) out, and the world loved it. YDB and Son God were like, cool, we’re going to go back to doing what we were doing before.

PXWER and I decided to unveil our new brand name, which is GFTD, that stands for Go for the Dream or Go for the Dome. That’s what the lyrics do.

WC: So, the forthcoming album will be a GFTD album?

iNTeLL: Yes, we did a remix of “7.O.D.,” because the original has all kinds of samples in it, and that remix will be on the album. So, there will be a 2nd Generation Wu feature on the album, and we have other vocals from Son God and YDB, and also GZA’s kid (Justice), who is very dope.

WC: Is there an album drop date?

iNTeLL: No, there was, but with the whole country being on lockdown, we’re just going to release music to build an audience. 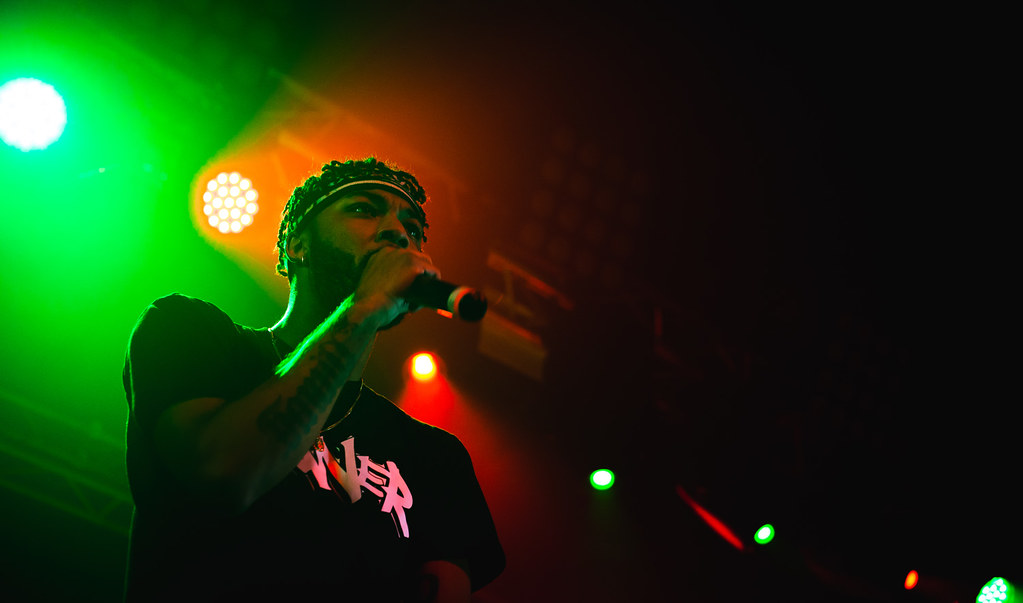 PXWER blessing fans with raw intellect prior to the pandemic. (Photo courtesy of 2nd Generation Wu)

WC: How has the whole COVID-19 situation impacted you?

iNTeLL: We’re living in Staten Island right now. Everyone has taken the lockdown seriously. The streets are like a ghost town. They had police at the bridges, so people weren’t even trying to go out anywhere. We’re just trying to find a way not to go mad. I did a lot of the quarantine in the studio.

WC: Has the quarantine helped you to reduce distractions and focus on music?

iNTeLL: I wouldn’t say it helps. You are forced to sit with yourself and feel what you got to feel and decide if you’re going to put that into a record. Certain songs would not have come about if I hadn’t been confined in the studio.

WC: Hopefully, this thing passes soon, and we’ll get back to normal. Do you have any plans on touring?

iNTeLL: Absolutely! We’re in negotiations with a couple of cities, and we just got an email from the Czech Republic asking about bookings. I’m confident by mid-summer, things will be back in full swing. I think after being confined, everybody is going to want to go out.

WC: You have to let us know if you book a show in DC.

iNTeLL: You know, I heard all the time coming up that you have to make it elsewhere before you make it in your hometown. We’re getting emails from venues in the Czech Republic for bookings, but we haven’t been to Baltimore or DC. We haven’t been up and down the east coast. What’s going on east coast? Wake up!

I say all of that to say I’m excited to see DC. It would be amazing to perform there. It’s only a matter of time.

WC: How did the Czech Republic booking email come about? That seems random.

iNTeLL: I imagine someone out there heard the song or saw the video. We’re not hard to reach. I make sure that we’re very easily accessible.

I’m an Instagram head. I’m answering DMs and will continue to do that as long as I humanly can. I don’t care if I have a million followers or 10 million. I want anybody to be able to reach out to me to build artistically.

WC: How can we find you? Where are you on Instagram, social media, or anywhere else?

iNTeLL: You can find us at @2ndgenerationwu on Instagram. You can also find us on the website, www.2ndgenerationwu.com. My handle on Instagram is @gftd.intell, and PXWER’s is @5thpxwer. Hit us up. We’re always looking to build with people.

WC: Thanks, iNTeLL, anything you want to say before we hop off this call?

iNTeLL: I want to say thank you and thanks to Parklife DC for taking an interest and helping us reach a broader audience with our music and letting the people know we’re here.