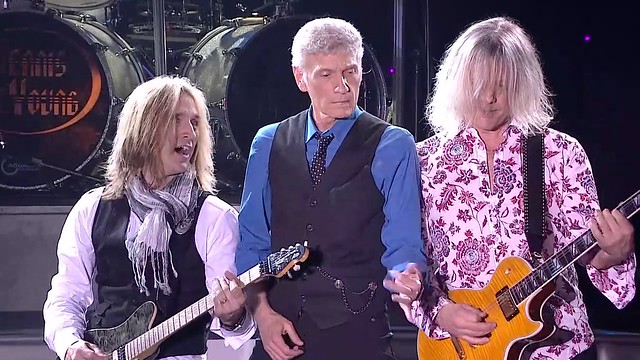 Former Styx member Dennis DeYoung is back with a new original solo album, 26 East, Vol. 1. The album is available May 22 via Frontiers Music Srl.

Dennis recently released a video for his duet with Julian Lennon, “To the Good Old Days.” The video’s imagery spans the life and career of Dennis, featuring a rare look into his personal archives, highlighting the entire span of his musical career, his 50-year marriage, and his extended family. It’s a touching, heartfelt video that speaks to the memories we all hold dear.

“The moment we sang together in the studio it felt magical. I wrote the song specifically for our two voices. I had never met Julian previously but I have been an admirer since Valotte,” Dennis said.

Watch “To the Good Old Days” by Dennis DeYoung and Julian Lennon on YouTube:

26 East was the address where Dennis DeYoung grew up in Roseland, Illinois, on the far south side of Chicago. This is the home where Styx was formed in his basement in 1962. Across the street lived the Panozzo twins, John and Chuck, who along with DeYoung would go on to form the nucleus of the band.

For more music by Dennis DeYoung, visit his website.