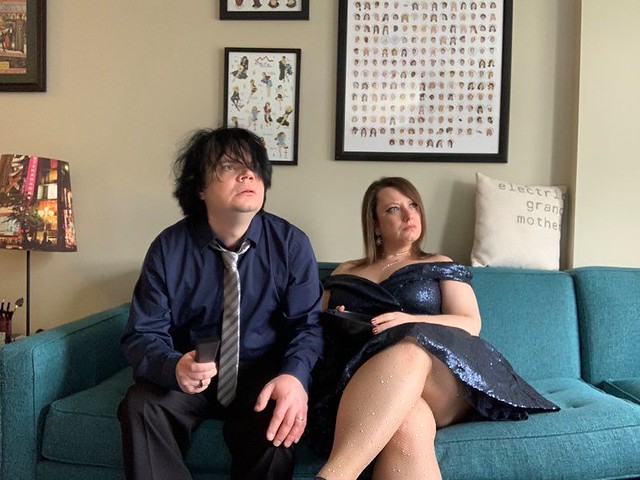 According to the event’s Facebook notice, the saucy and sassy duo host a classy and intimate broadcast from their home on YouTube Live on May 16. They’ll tell you about the album, debut a NEW video, and then direct you to where to download Relaunch, their new album! They’ll then take questions and comments during the stream live on the air! Who knows what could happen? They’ll be drunk!

On the band’s website, Pete Faust explains the origin of the band and his tunes with his wife, Mary Alice Hamnett.

The Electric Grandmother began in December 1999 in Hawaii as a solo bedroom project of mine. I had been telling my future wife/bandmate Mary Alice that “The Electric Grandmother” would be a good name for a band, and she suggested that I adopt the moniker. I recorded mountains of songs using an old keyboard I got for my birthday when I was about 11 or 12. I recorded several cassettes of incredibly lo-fi sounding songs in the same vein of my old band The Doldrums, focusing on minimalist sound and the subject of TV sitcoms from the 80’s and 90’s.