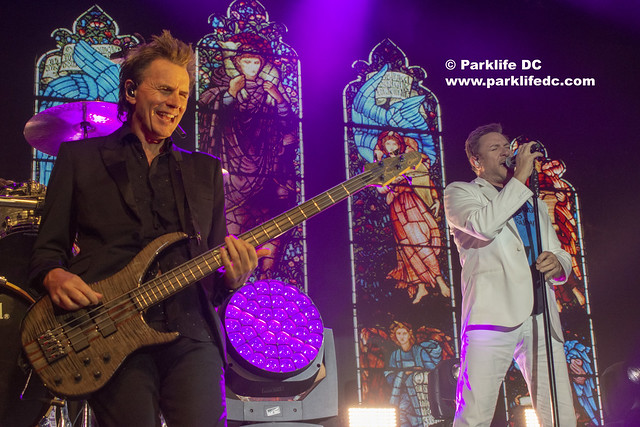 In my opinion, bassist John Taylor of Duran Duran has developed one of the most joyful, uplifting, and thoroughly entertaining of these virtual performances with his Stone Love Bass Odyssey series, which he broadcasts via Duran Duran’s Instagram on Wednesdays. In the two-part program, John first shares an iconic baseline from a classic Duran Duran song and then he chats with a fellow musician about their careers and shared interests.

On April 5, John revealed he survived a rough bout of COVID-19, which he experienced as a “super-charged flu.” Although he didn’t specify, his illness may have been the point at which Duran Duran halted production of their upcoming studio album, which will be their 15th studio record.

For his Stone Love Bass Odyssey series, John has focused on Duran Duran classics so far. In the very first edition, John broke down the track “Planet Earth” from Duran Duran’s very first album. John introduced the prerecorded video as a “lockdown concept” that he “thought about for many years” in the first edition of the show, which aired May 6.

After the tutorial chat, John held a live Instagram interview with Dave Macklovitch of Chromeo, and their chemistry was amazing. Dave-1 of course is engaged to marry John’s daughter, Atlanta de Cadenet Taylor. John and Dave reminisced about influential moments in their careers and flowed together smoothly.

In the second week of the series, John presented “Girls on Film” and discussed the evolution of the song. Throughout all of his chat, John emphasizes his love of disco and punk and effortlessly demonstrates how Duran Duran weaves their love of both genres into their music.

After his second presentation, John interviewed Susanna Hoffs of The Bangles — a pure joy! Susanna lives in Southern California like John and The Bangles toured with Duran Duran in the ’80s of course.

Watch John Taylor break down “Girls on Film” by Duran Duran on YouTube:

On Wednesday, May 20, John breaks down a yet unknown Duran Duran tune and he interviews Mark Ronson, who has served as a producer of the last several Duran Duran albums and who has become a dear friend and champion of Duran Duran in the past decade.