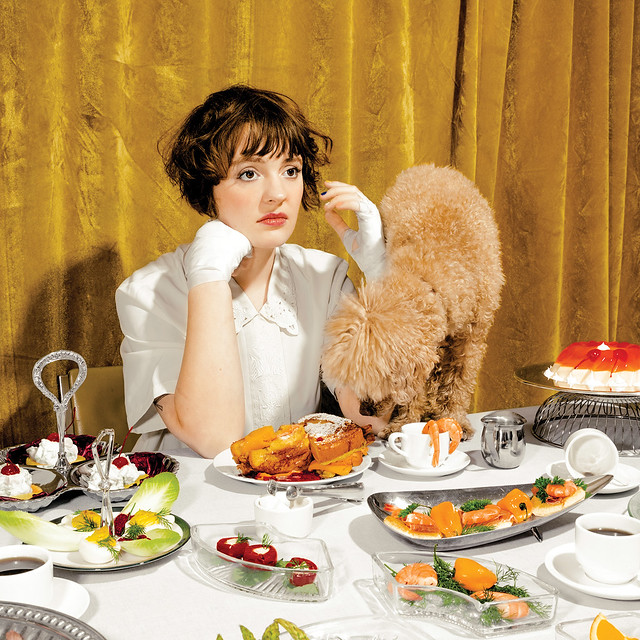 While Madeline’s debut album was produced by Toro Y Moi’s Chaz Bear and her second record by Wye Oak’s Jenn Wasner, Madeline has enlisted Wasner to produce this record yet again, but this time with Andy Stack (Wye Oak) collaborating as well.

The trio carefully co-produced and constructed the songs on Sucker’s Lunch in a few compact sessions in Durham, Oakland, and San Francisco, and the album finds Madeline bounding toward the unknown. Throughout the record, she expands on the idea of what a love song could be — a little more cautious than exuberant, more nuanced than blazing devotion. Sonically, Sucker’s Lunch expands upon Kenney’s earlier, guitar-driven sound — a definitive step forward from an artist adept at communicating universal sentiments in a voice unmistakably her own.

Watch the official music video for “Sucker” by Madeline Kenney on YouTube:

Of the video, Madeline said: “When I lived in Durham, I found myself sitting in the sun on the porch with a musical hero of mine, who was worried about losing their healthcare and not being able to afford to tour. It blew my mind and broke my heart that such a genius had to struggle with uncertainty in trying to make their art. I wrote ‘Sucker’ when I realized that all of us continue to make art, and fall in love, and attempt things that logically could fall apart at any moment, but we are fools for the game and keep producing, keep pursuing. I asked Kurt Wagner to sing on the track because I feel like he is consistently brave in his songwriting (and I’m a HUGE Lambchop fan). When he sent me the stems, I drank a martini and cried.”

She continued: “I’m a huge fan of con-movies; my favorite film is Paper Moon. I wanted to direct a video that put me as the con-man, whose existence relies on making suckers out of passers-by; but ended with me being the biggest loser of all. I lucked out when my favorite Oakland diner, Lois the Pie Queen, let us film on location.”

For more music by Madeline Kenney, visit her Bandcamp site.