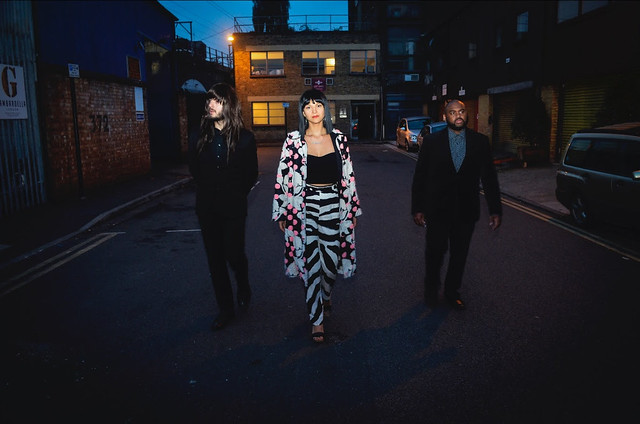 Khruangbin recently released a new single, “So We Won’t Forget,” a track from their forthcoming album, Mordechai, out June 26 on Dead Oceans, in association with Night Time Stories.

Following lead single/video “Time (You and I),” “one of the most immediately likable things that the band has put out” (Stereogum), the lilting “So We Won’t Forget” finds Laura filling her apartment with memories she’s scrawled on Post-Its to prevent them slipping away. Over soothing, guitar and light-stepping percussion, the band’s honeyed voices urge in unison: “call me what you want // call me what you need // words don’t have to say // keep it to myself.”

“Memory is a powerful thing,” Laura said. “Now more than ever it’s important to tell the people you love that you love them, so that they don’t forget.”

Watch the official music video for “So We Won’t Forget” by Khruangbin on YouTube:

In conjunction with “So We Won’t Forget,” Khruangbin are pleased to announce the relaunch of AirKhruang, their popular flight playlist generator tool that gives fans a platform to enjoy their music curation when travel is not possible. “Shelter in Space” sends listeners on a musical voyage from the safety of their homes by utilizing Spotify’s music attributes to generate custom playlists set for a user-chosen activity and duration.

Book a playlist curated by Khruangbin via AirKhruang