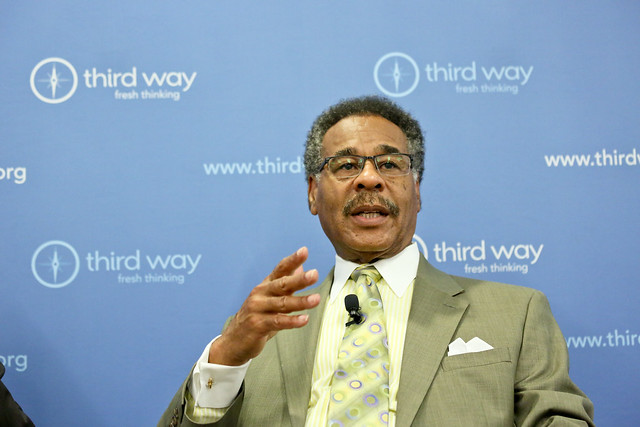 “Live music serves as a cultural hub for communities across our nation, especially right here in Austin, Texas. As businesses have had to close down due to government mandates, it has become clear that independent venues will be some of the last to reopen and return to normal operations. The venues play a crucial role in our societal identity while generating billions of dollars into our economy and supporting local 25th District businesses — it is of the utmost importance we provide relief for these pillars in our communities,” said Williams.

“Live entertainment venues were among the first to close as the coronavirus seeped into our society, and, sadly, they will be among the last to fully reopen to the public as we seek to stem the spread of this deadly virus,” said Cleaver. “Kansas City is well-known for its jazz bars and live music venues, which are a critical driver of our local economy, as they support musicians, event workers, and small businesses in surrounding areas. One study estimated that for every $1 spent on a ticket, a total of $12 in economic activity was generated, showing just how important these venues are to local economies across the nation. I’m proud to join Congressman Williams in a bipartisan effort to support these venues in their time of need and hope we can bring them some relief in the next stimulus package.”

The letter reads: “These venues support the economies of communities across the country, are a crucial component of the music industry’s ecosystem, and serve as incubators and launch pads for the most popular talent in the world. We can provide a vital lifeline for the industry that will help to sustain the iconic venues that are central to the social, cultural, and economic fabric of so many of our communities. This industry is not going to make it without our help.”

Read the full text of the letter on Rep. Williams’ website.

Visit NIVA online for more information on the association and how you can help.

“Live music venues like Mohawk were the first to close and will be the last to reopen. In addition to serving as cultural hubs, independent venues are vehicles of economic vitality – employing hundreds of thousands of Texans, attracting businesses to our cities, and adding hundreds of millions of dollars to the tax base. We must preserve independent venues or risk losing our cultural and economic identity as a state,” said Austen Bailey of Mohawk Austin.

“While our nation as a whole has been severely harmed by Coronavirus the live-music industry in particular has been decimated. I have owned and operated Nutty Brown Amphitheatre for 18 years and for the first time in that 18 years I genuinely don’t know how we can possibly survive given the current circumstances. We are in desperate need of some relief as we are unable to ply our trade in any way shape or form. Ours is a thin-margin pursuit even in the best of times of economic expansion and full-capacity show opportunities. If and when we are allowed to once again host events it is a virtual certainty that neither of those “best of times” attributes will be in place for us. Accordingly we strongly support Congressman Williams’ efforts and actions to help our industry.”

“Although the Carousel is not a large corporate owned machine, we are proud to have contributed to the local “Keep Austin Weird’ vibe for 57 years. We also contribute to the city’s economy as well as providing opportunities for local musicians to showcase their music.”

“Independent venues such as Barracuda are a key ingredient in the portrait of any city. When you visit a new place, you research those spaces to understand their culture and digest what it’s like to be a local in that nook of the world. We provide stages for personal expression, employ folks from all economic backgrounds and create an atmosphere in absolute congruence with tourism and building a home for locals that’s rich with creativity. Our independent venues must be protected or else we botch the whole recipe of our economy.”

“At the very core fabric of American History we have always been resilient. Always thriving at new challenges and this is no different than any other time but, the thing that helps resiliency is a sliver of hope. A concept that it’s going to be ok, and we look to inspiration for this. A rally cry that can bring us all together. The nights when droves of people are brought together to sing in harmony. We at Brass Hall realize we are vitally important to the recovery of the cultural and economic identity of our community and THIS is why it’s important that Live Music Venues across the country be preserved,” said Norman Lucas, CEO of Elevated Minds Music Group.

“The negative impact COVID19 has had on our live music venue has been enormous and there is no end in sight. Our venue, Hudson’s On Mercer Street in Dripping Springs, Texas, was having the best year yet until mid-March. We fear that even when bars and live music venues are allowed to open, there will be a restriction on capacity which will affect ticket sales and bar sales making it difficult for our venue and bands to make a living. Even when there is no capacity limit, music goers might still be wary of crowds. Our business has lost enough revenue for us to question our future and many musicians are negatively affected by our closure as well.”

“The COVID-19 pandemic has hit the entertainment industry like a Mack truck, it literally has been flattened. It has devastated the venues, artist, and employment of staff. I saw the decline in my business weeks before the “demanded shut down.” Just because we can re-open does not guarantee the business will sustain, this is the fear of all venue owners. Poodies Roadhouse is one of the very last few standing true honky-tonks left in Texas. It is a staple for live Texas music and culture in Spicewood Texas and has been a Mecca for bringing this community together for more than 25 years. I am in fear of being able to sustain after reopening. Poodies provides employment for thousands of artists as well as my staff. The current funding does not address these people. Music and creativity is imperative now more than ever. I urge Congress to support specific funding for venues like mine and the artists that provide the entertainment for millions of people. Thank you, Congressman Roger Williams, for your support on this!”

“Floore’s Country Store was instrumental in Willie Nelson’s early career, there is still a sign in front of the building that reads ‘Willie Nelson Every Saturday Night.’ Floore’s was also one of the last few places Merle Haggard ever played. Texas and American music legends have graced our stage continuously since 1942, until now. We need Congressional support to ensure that the venue is here on the other side of this crisis, contributing to our collective cultural fabric. Without this support our future is uncertain, at best.”

“The Tobin Center opened in September 2014 with a 6-week run of ‘opening nights.’ The run of shows concluded with Sir Paul McCartney performing a full show, with pyro, in the 1738 capacity theater. At the time this was the smallest venue he performed at on the entire tour. Watching Live and Let Die with full on fireworks display was, still to this day, the highlight of my career. Sad to think nights like that may never happen again.”

“Without funding, venues will fail. Especially the small clubs and venues that build up and develop new artists. These are the venues that usually take the biggest risk, because they give unproven artists their first chance. It will sever the most tangible connection between artists and audience: independent venues are essential in connecting communities to aspiring artists, both locally and nationally.”

“I want to thank Congressman Williams for his support and thoughtful letter to the members of the House. As an Independent Venue operator, we desperately need our Government’s assistance to get through these tough times. We were the first to close and will be the last to open. Even when we open, we will face many challenges that most businesses will not. Our industry employs hundreds of thousands across the States and Territories. With your help, we can save our Venues. Independent Venues are a vital part of the economy and a very important part of our culture and heritage. We are asking Congress to help us while we are in need.,” said Curtis Monroe, General Manager of Warehouse Live.

“The Granada Theater brings anywhere from two to six thousand music fans a week to Dallas’ Greenville Ave entertainment district and neighborhood to enjoy a concert. Keeping a historic 75-year-old Art Deco Theater as a landmark alive, giving so many people a musical vacation and supporting 1,000’s of artists yearly is what we do. With national tours being pushed to 2021 we know we cannot survive on small local shows and reduced capacities, even if we are allowed to open this year. We need funding to help us be here in the future, to contribute to our local economy, and to be a vibrant part of where so many find their peace in humanity.”

“Since 1941, The Kessler Theater in Dallas has served as a community gathering place. It delivered news from the front during World War II and was once owned by film and recording icon Gene Autry. It survived a three-alarm fire, a direct hit by a tornado and three decades of neglect as the neighborhood transitioned. Over 10 years ago, in the middle of the Great Recession my wife and I bought and restored The Kessler Theater, and the neighborhood comeback began. Within the first year, five new small businesses opened in close proximity to the theater, a trend that would not stop until March of this year. From concerts to dance recitals and weddings to charity events, The Kessler Theater had returned to a community gathering place. By consistently delivering four to five hundred patrons to the neighborhood over two hundred nights per year our theater has helped to lift other businesses, as well. As we enter our third month of mandated closures and see our neighborhood businesses announcing that they will not reopen, we call upon Congress for help. By providing support to those companies that were successfully operating before March and that have the ability to carry others along with them, we can get on the road to a faster recovery,” said Edwin Cabaniss, Owner and Operator of Kessler Theater.

“Margin Walker Presents produces over 400 events in the DFW market alone not to mention the rest of the state that we handle live concert events in like Austin, Houston and San Antonio. We bring concerts to all three points of the golden triangle (Dallas, FT Worth, and Denton). Our concerts populate more than 20 venues around the DFW area ranging for intimate 200 person concerts to massive events with more than 4000 people in attendance. Our audiences bring to life neighborhoods like Deep Ellum, Greenville Ave, Oak Cliff, South Main in Ft Worth, and the East Side of Denton. They congregate and bring business to many restaurants and bars before and after the concerts that bring them to each of these colorful and vital social areas. The economic impact of COVID 19 has been devastating to not only the concert industry and their fans, but also to these neighborhoods which a lot of them rely on the audiences that the concerts bring in.”