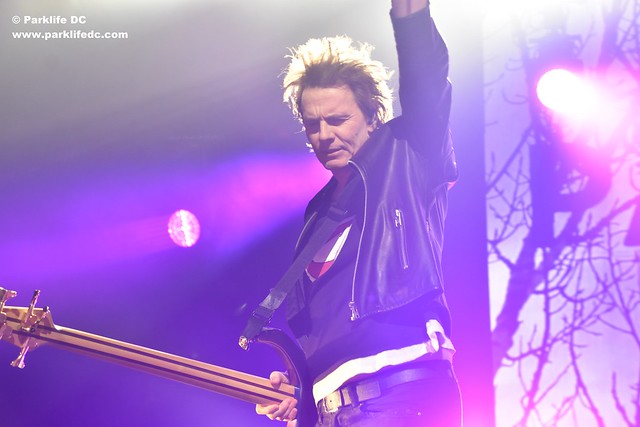 The great Nile Rodgers famously remixed “The Reflex” by Duran Duran — a song that sent the boys from Birmingham UK to No. 1 on the US Billboard Hot 100 in 1984.

Nile went on to work quite a bit with Duran Duran over the past several decades, of course, and bassist John Taylor is likely to explore that relationship in a chat for his Stone Love Bass Odyssey via Duran Duran’s Instagram on Wednesday, May 27.

This will be the fourth installment in Stone Love Bass Odyssey, an online lockdown-inspired series John developed for Instagram. In the series, the affable and gregarious showman first demonstrates the elements, with a focus on the bassline, of a famous Duran Duran song. Then, he interviews a friend of Duran Duran.

Read Parklife DC’s analysis of the relationship between Duran Duran and Nile Rodgers in our recap of their performance together on the Paper Gods Tour.

On May 27, John features “The Reflex” in his bass breakdown, and then he interviews Nile in the chat segment. The series is an incredibly absorbing and wildly uplifting experience. But don’t take my word alone for it! See for yourself in the song presentations by John to date.

Watch John Taylor break down “Girls on Film” by Duran Duran on YouTube:

John’s presentation on “The Reflex” likely lasts 7-8 minutes, and his interview with Nile likely will go for about 45 minutes.