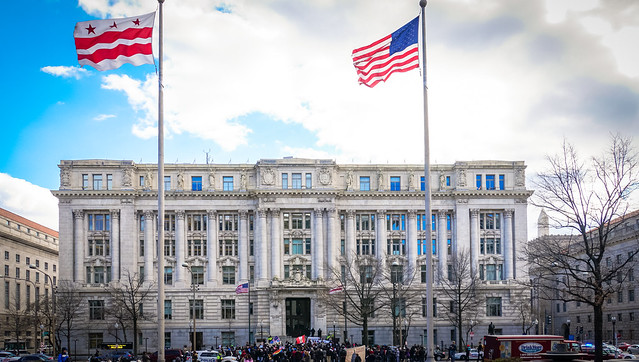 A number of candidates running for DC Council have now responded to a new music platform checklist, making public their opinions on issues including noise restriction, live music zoning, and tax support for gigging musicians. The checklist and policy platform, drafted by a coalition of DC music community representatives, was released on May 19 as an effort to better understand which of the candidates support a thriving and talented DC music economy.

DC holds a primary election on June 2, including elections for DC Council candidates. Download a Voter Guide on the June 2 primary.

“The music economy has had success over the past couple of years advocating for some substantial reform, data collection and important pieces of legislation,” said Chris Naoum of Listen Local First DC. “There are thousands of creatives and people working in the music ecosystem who live and vote in the District and we wanted to find out where the candidates stand on the issues that matter the most to this community.”

The coalition of signatories consisting of organizations, venues, nonprofits and artists, crafted the set of statements, policies, initiatives, and proposals that are essential to supporting DC’s music ecosystem. The checklist urges the candidates to support a safe, sustainable, and vibrant music community that has been hit hard by COVID-19. Amy K Bormet, jazz musician and founder of the Washington Women in Jazz Festival, noted, “As we move into reopening DC, these policies are our guiding paths for renewing and strengthening our unique scene.”

Candidates were asked to sign their name and put a checkmark next to the statements they support. A majority of the candidates who returned the checklist supported all 12 of the statements sent by members of the music community. Dutta and Kennedy from Ward 2 did not agree with the statement “Allowing Settlement Agreements that Ban Live Music and Dancing Should be Phased Out”. Candidate Yilin Zhang’s campaign wrote to us stating that she did not check off the Settlement Agreement and Agent of Change statements because she would like to learn more about them.

At-Large Candidate from the Republican Primary Marya Pickering wrote to let us know, “I have not checked two of the questions for the following reasons: I do not have sufficient information about the ‘agent of change’ principle to provide an answer at this time. Likewise, I have not yet studied Mayor Bowser’s proposed budget which she presented to the DC Council last week, and do not have sufficient information to know whether ‘More Funding and Resources are Needed to grow the local industry infrastructure’.”

While a lack of reply to the checklist does not constitute a rejection of its policy objectives, candidates’ silence on these issues speaks to their priorities regarding local arts. Listen Local First and its coalition partners in this effort hope that DC voters bear these policies in mind when evaluating their choices on June 2, understanding that the health of DC’s music ecosystem is vital to the city’s continued cultural life.