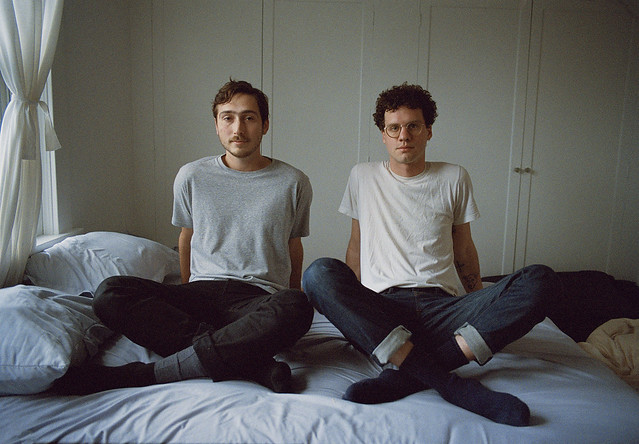 Indie rockers Whitney released Forever Turned Around, the band’s sophomore album last year, prompting Playboy to declare it “finds the pair once again at ease with and in complete control of their sound.”

The gents are now taking the time to support the National Independent Venue Association (NIVA) with a livestream show via Noon Chorus on Thursday, June 4, presented by 9:30 Club.

As Julien Ehrlich and Max Kakacek realized over the past three years, life can change drastically. Priorities shift, relationships evolve, home can become far away, and even when luck momentarily works out, there’s still that underlying search for something better.

While the success of their 2016 debut Light Upon The Lake uprooted them away from Chicago to seemingly endless tours across the world, Julien and Max’s partnership only strengthened. “Our friendship has kept us going even though so much has happened in the years since we started the band,” Julien said.

Their bond has been the one constant as they’ve weathered the transitional period of their mid-twenties, supporting each other through bouts of heartache, loss, and uncertainty. But lately, as they’ve found home through themselves, their romantic relationships, and their friends, there’s an uneasiness that comes from stability. When Julien sings on “Valleys (My Love),” “There’s fire burning in the trees / Maybe life is the way it seems” it’s a mission statement of the existential questions raised throughout.

Watch the official music video for “Valleys (My Love)” by Whitney on YouTube:

Tickets on sale now via Noonchorus.com. As mentioned, a portion of the proceeds go to support NIVA and its mission to rally support for independent music venues facing financial losses during the COVID-19 pandemic.