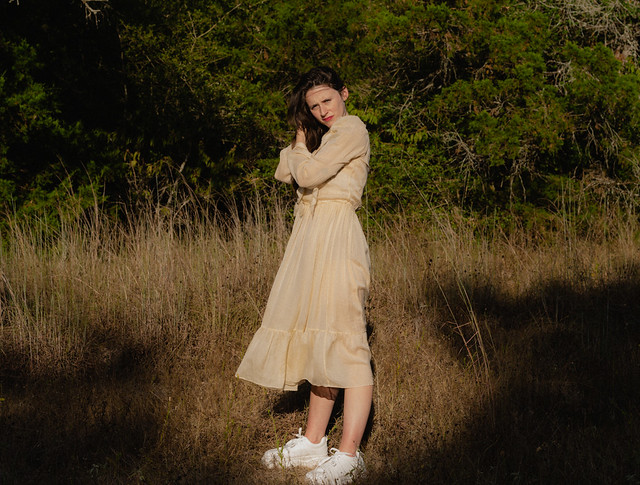 With her spring tour in support of the album canceled due to the coronavirus pandemic, Katie has a series of five livestream shows dedicated to her five albums, starting on Monday, June 8, via Noon Chorus.

While her last two records featured the kind of big guitars, well-honed noise, and battering sounds that characterized her Philadelphia scene and strongly influenced a burgeoning new class of singer-songwriters, Saint Cloud strips back those layers to create space for Katie’s voice and lyrics. The result is a classic Americana sound with modern touches befitting an artist who has emerged as one of the signature storytellers of her time.

From the origins of her band name — the beloved creek behind her childhood home — to scene-setting classics like “Noccalula” and “Sparks Fly,” listening to Waxahatchee has always felt like being invited along on a journey with a steely-eyed navigator. On Saint Cloud, Katie adds a new sense of perspective to her travels. Reflecting on this, she says, “I think all of my records are turbulent and emotional, but this one feels like it has a little dose of enlightenment. It feels a little more calm and less reckless.”

“She sounds untethered to the past, newly centered, like she’s got enough time to wander and enjoy the scenery along the way,” Pitchfork said of the new record.

Beginning June 8, Waxahatchee performs a series of five livestream shows ia Noon Chorus, each show dedicated to one of her five albums. She focuses on debut album American Weekend on June 8, and Saint Cloud takes the spotlight on Monday, July 6.