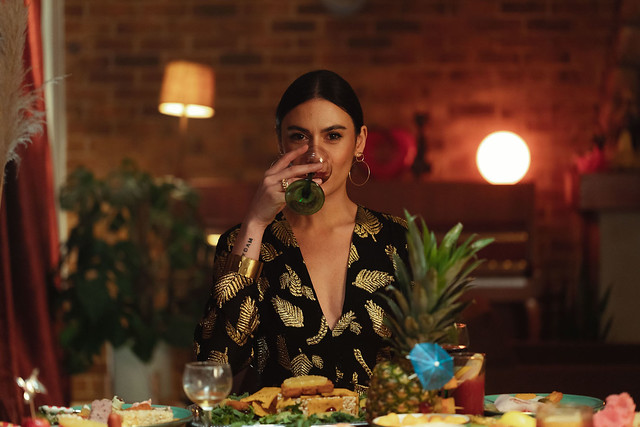 Kitchen Sink is the follow up to Shah’s Hyundai Mercury Prize nominated 2017 album Holiday Destination — a triumphant unification of a political message with an infectiously driving groove which received critical acclaim including AIM Awards ‘Independent Album of the Year’, a No. 7 Album of the Year from BBC 6Music and No. 5 from The Quietus.

Kitchen Sink was produced by long-time collaborator and producer Ben Hillier (Elbow, Blur, Doves, Depeche Mode) who also co-wrote and played most of the instruments on the album.

“Like her sonic contemporaries PJ Harvey, Cate Le Bon, and Fiona Apple, Shah presents as a mystery wrapped in an enigma, when in reality she’s just innately talented and resolute in her convictions. Unsurprisingly, the mesmerizing Kitchen Sink distills those two predilections into something that’s both compelling and otherworldly,” All Music said.