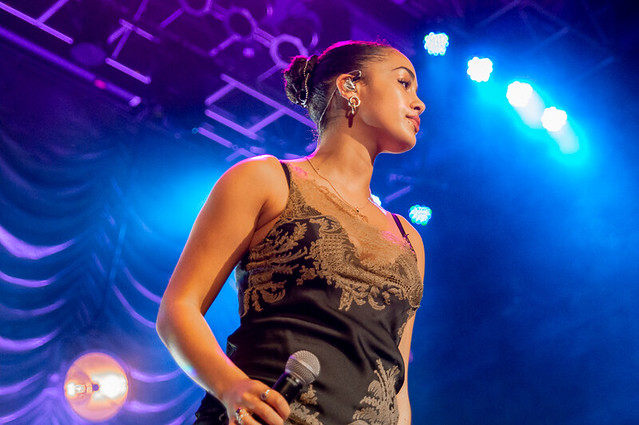 Directed by Samona Olanipekun, the video weaves together footage from the recent Black Lives Matters protests across the globe, creating a powerful backdrop to the song’s insistent repeated lyric: “I want you to get together, put your hands together one time.”

Said Jorja, “We have to continue the conversation around injustices that are and have been inflicted upon black people all over the world. This video is a tribute to all the people who have paved the way for black empowerment and freedom. We are not going to stay quiet — black lives matter — they always have. Samona, who directed the video, captured the togetherness and power of the movement and I hope when you watch, you feel with us.”

Samona added, “With so much currently happening and even more yet to happen, I felt it was important to take stock. The film was an opportunity to highlight the immense effort being made including the strength and the spirit display. It’s so easy to get disheartened and lose sight of what we’re fighting for. Jorja’s ‘Rose Rouge’ is a beautiful track that has the power to unite and inspire. It was only right that we aimed to match that energy with the visuals. It was also important to draw a link to the freedom fighters that came before us. We’re part of a fight that began long before most of us were born and it’s highly likely it will continue after we are gone; all we can do is carry the baton and continue to demand change.”

Watch the official music video for “Rose Rouge” by Jorja Smith on YouTube:

Visit Jorja Smith’s website for more of her music!