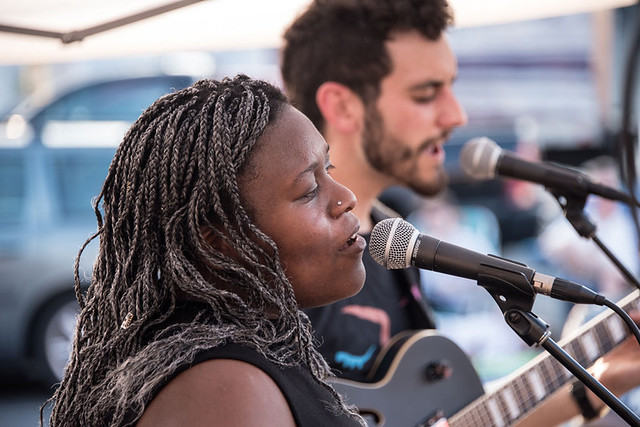 More than once it’s been said that, despite our differences, music’s greatest gift is its ability to break down barriers, bring people together, and unite us in common cause. In this age of pandemic lockdowns, economic uncertainty, and just plain fear of the future, that those in need, particularly struggling local musicians, would work to support causes larger than themselves, is a beautiful testament to the power of song.

Oh He Dead recently performed for a packed, but socially distanced, crowd as part of Jammin’ Java’s “A Song & A Slice: A Socially Distanced Outdoor Concert Series.”

Though the late afternoon temperature on July 3 was pushing 95 degrees, the multi-cultural crowd spilled across the parking lot with folks sitting at picnic tables, on camp chairs, and in the backs of cars. Some even managed to get up and dance.

With pizza and beers flying out of Jammin’ Java’s kitchen (courtesy of the phenomenal service staff), Oh He Dead started at exactly 7pm with the slow and funky burner, “Lonely Sometimes,” a song that embodies the band’s sound. Starting off with that head-bopping groove and Alex’s delicately ascending guitar before the syncopated verse opens up into a soulful, easy to sing-along chorus.

Performing most of their eponymous 2019 debut album, their songs all have a distinctive sound that draws from blues, R&B, jazz, folk, rock and, of course, funk. Songs like “Stay,” “Show Me Love,” and “Did You Ever Wonder?” recalled the danceability of Earth Wind and Fire, the pop genius of Prince, and the seductive, soulful groove of Sade. Some new originals made an appearance, as well as some terrific covers, notably The Zutons’ (via Amy Winehouse), “Valerie,” Eric Clapton’s “Old Love,” and an anachronistic but strong performance of Seals and Crofts’ “Summer Breeze,” which spoke to Oh He Dead’s ability to turn a nearly 50-year-old adult contemporary hit into soulful light jazz.

On “Old Love,” I’m unsure if it was the original’s mournfulness or Oh He Dead’s ability to imbue a rock/blues song with soul that made their performance so compelling. Either way, it was another highlight in an evening full of highlights.

Oh He Dead started as a duo in 2014 with Andy Valenti and C.J. Johnson. The band now consists of five players: C.J. on vocals and Andy on rhythm guitar with Alex Salser (lead guitar), John Daise (bass), and Adam Ashforth (drums). The combination of C.J.’s vocals, smooth as Sade and husky as Bonnie Tyler, Alex’s tasty lead guitar work, John and Adam’s solid rhythm section with Andy’s driving guitar and engaging onstage banter make Oh He Dead one of DC’s most versatile and entertaining bands.

Midway through the set, the band paused so Andy could wander through the audience collecting donations for Black Lives Matter DMV. Although he never got overtly political, one could feel the determination in his voice as Andy implored us to work for justice in our country, “I don’t mean to get too political, but this is something about which I feel very strongly.” To which someone in the audience replied, “And you’ve got a microphone!”

For more music and videos, please visit Oh He Dead on the web.

All Jammin’ Java’s Summerfest shows are free, though donations are suggested and appreciated. Each show will benefit a different cause chosen by the artist and a dollar from each beer sold will also go to those causes.

Please wear a mask and respect the distance of the people around you! Doors open at 6pm; shows start at 7pm.

Here are some pictures of Oh He Dead performing at Jammin’ Java on July 3, 2020. All photos copyright and courtesy of Mark Caicedo. 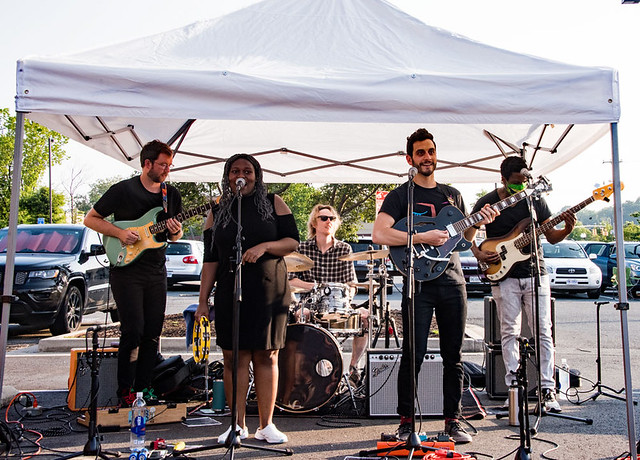 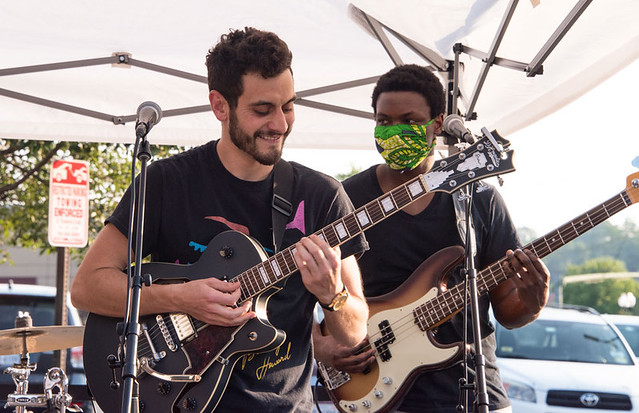 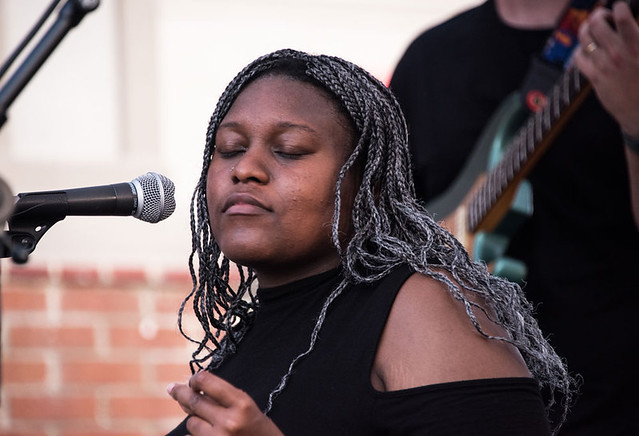 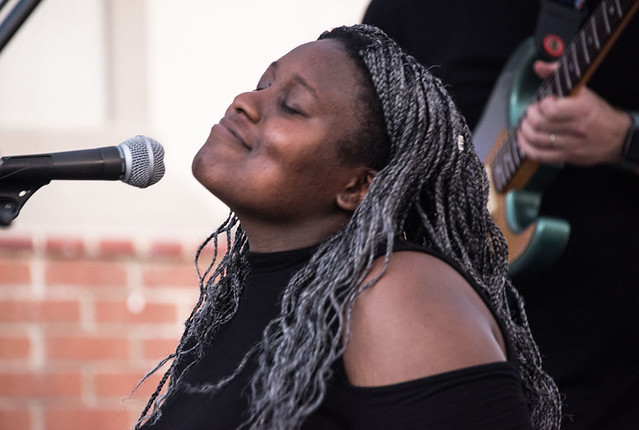 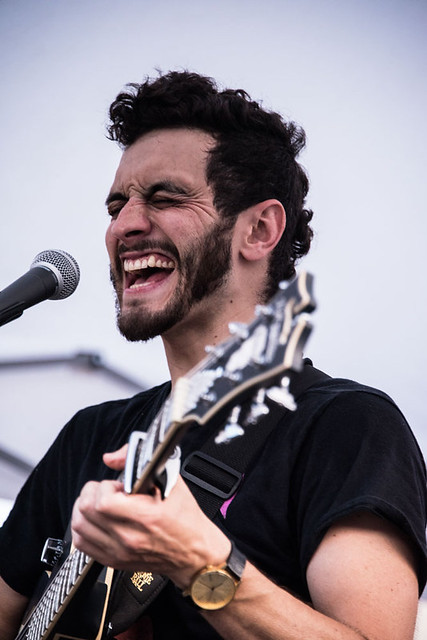 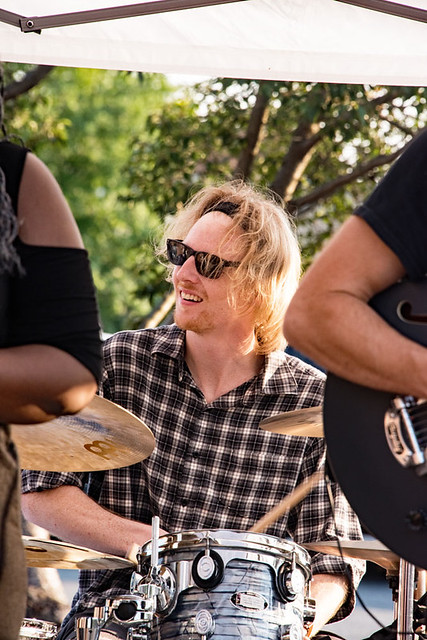 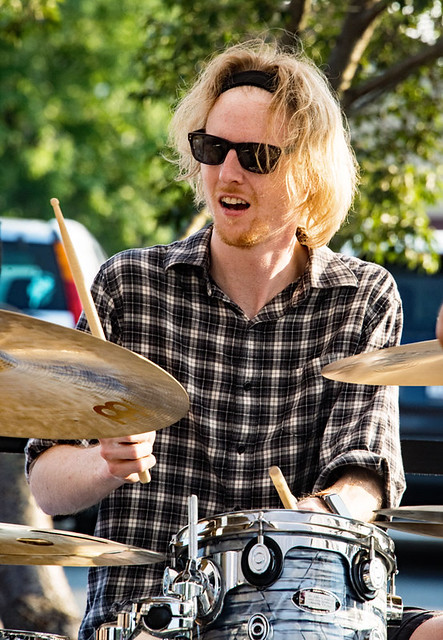 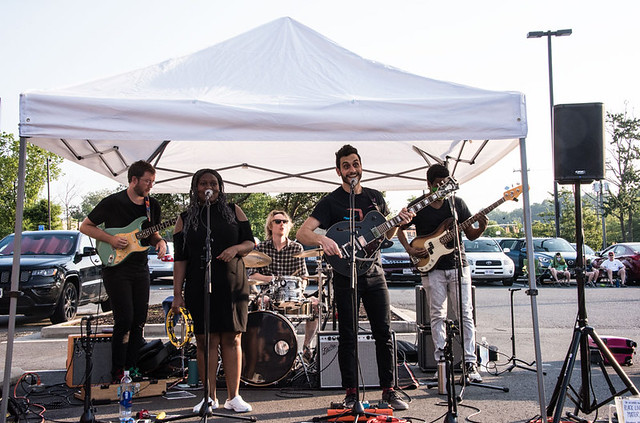 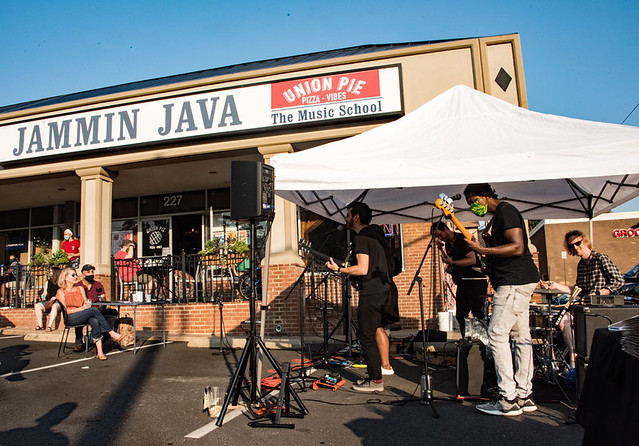 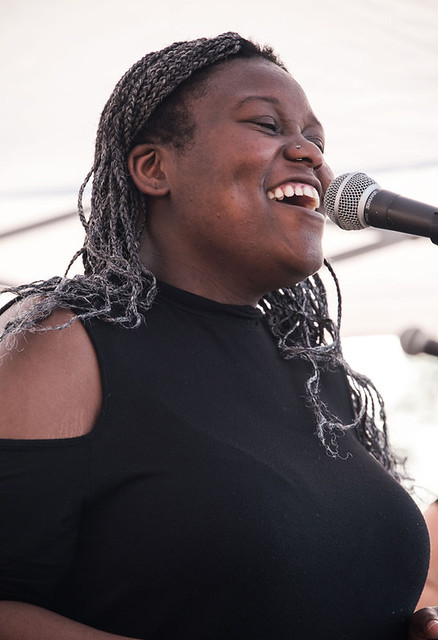 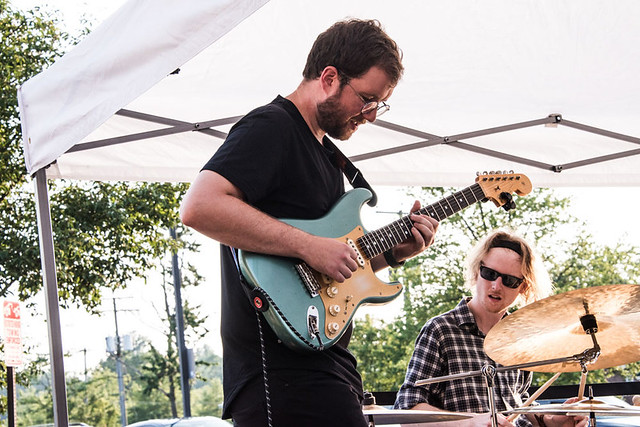 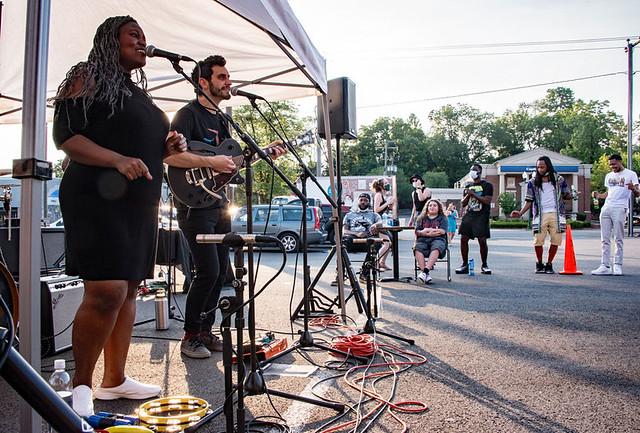 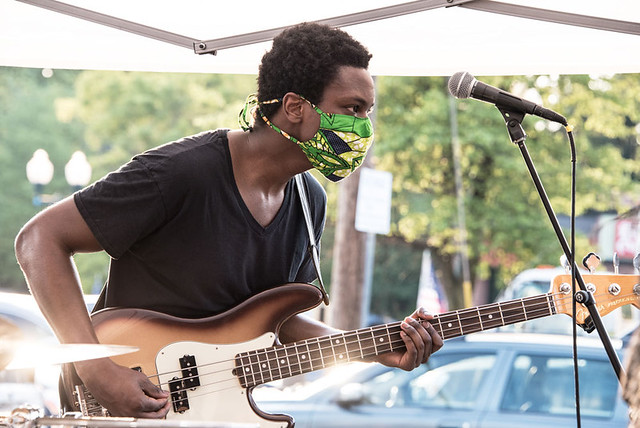 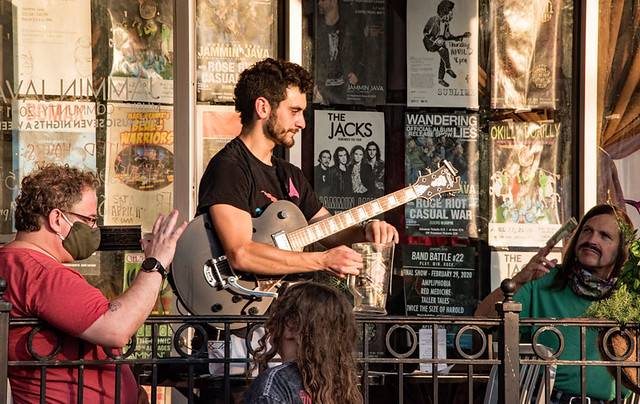 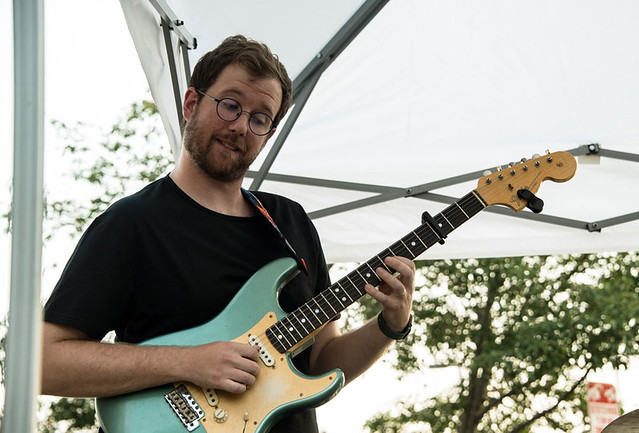 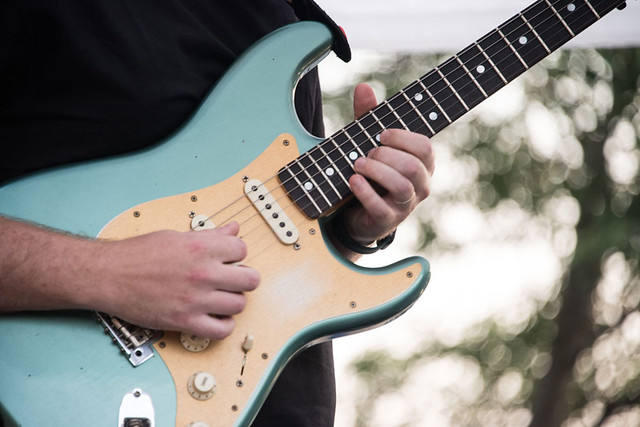 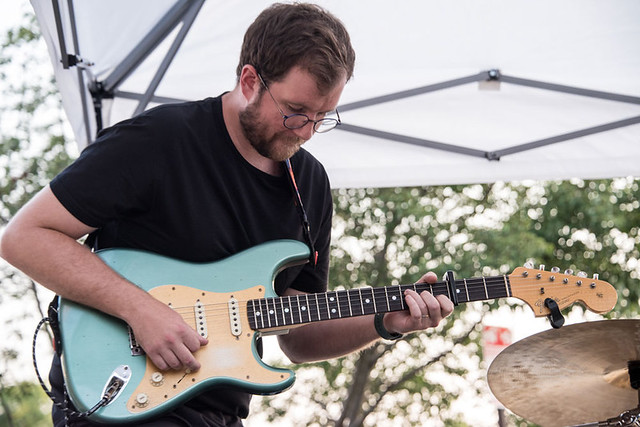 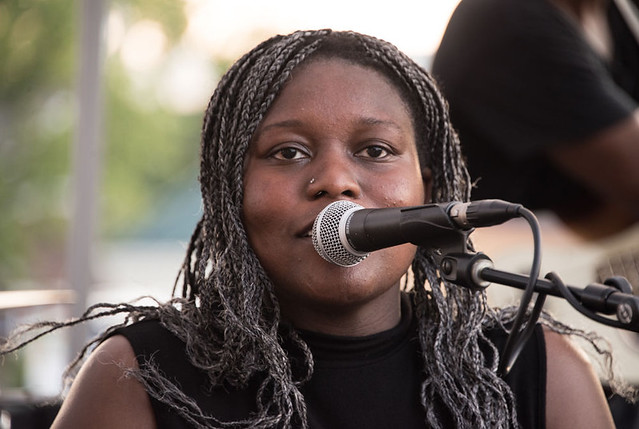 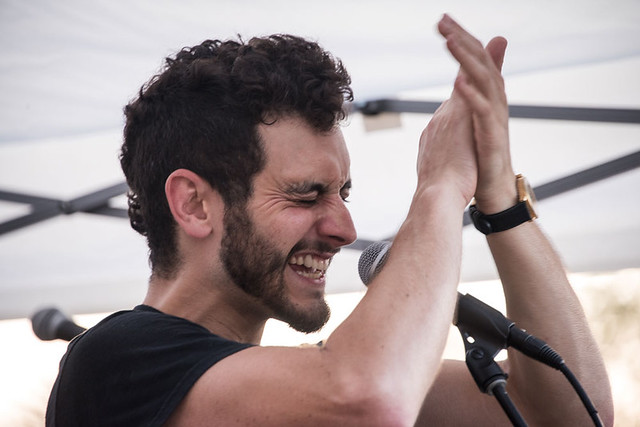 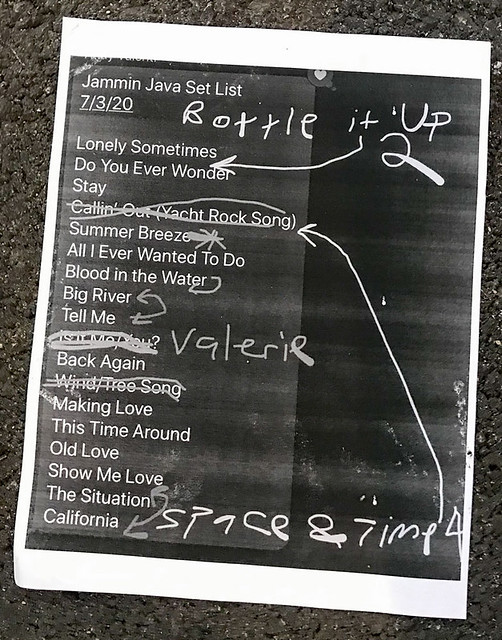 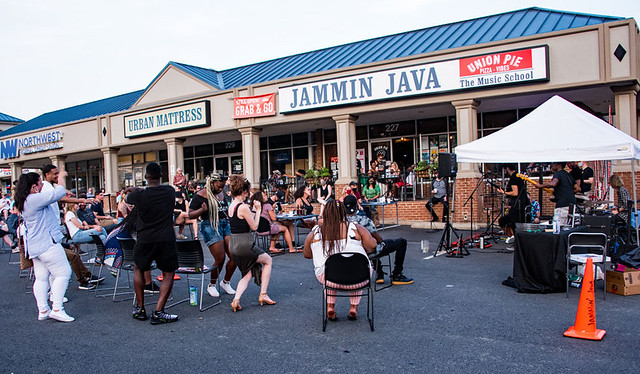