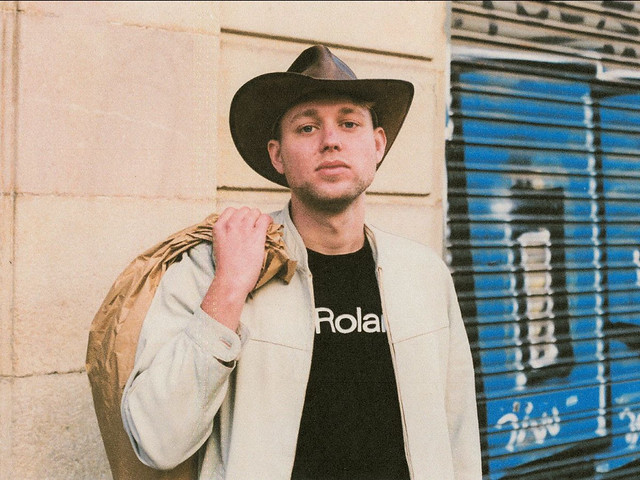 Of the track, EJ said, “This one was also based on an old acoustic song that I had written a long time ago. I decided to change the fingerpicking guitar pattern for a club synthesiser sound. It really went through many phases. Ekhi had discarded it earlier on but then we heard it by accident on a big sound system, it was a completely different story. I was inspired by a Portishead song in which they combine acoustic guitars and synthesisers with a really weird but cool result.

“It contains a verse in Spanish: ‘Your country no está yendo bien.’ The black and white tiles in the chorus are a reference to the early days of Club Marabú, a club night that some friends put on once a month in Barcelona.”

Last month, Marais announced the release of the LP after the release of double singles from the LP, “Better,” and “Love.MP3” which was featured On Rosalia’s Spotify Playlist). His third single, “Glamour Professional” premiered exclusively with Variance.

On the process of creating the record Marais explains, “The album came out of a series of sessions I started in early 2018 together with Ekhi Lopetegi, at the time we weren’t planning to record an album, but an EP. Since then, the album has met many stages and has been the result of perseverance, I think of it as a mix of many stages and resources. It wasn’t recorded in the same place, or mixed and engineered by one person, some musicians have played small parts on it, hence the chaotic credits.”

He added. “The general idea was to make a contemporary album that included elements from RnB, pop, or Urban while maintaining a melancholic, singer-songwriter essencence. I felt a necessity to bring real instruments into these songs because I was seeking a human, personal touch. When I put the album together I thought that it would be too eclectic but then I thought of it as a collage between digital samples and real instruments and felt comfortable with that. It was also a process of learning and experimentation, I really liked the possibilities of digital manipulation, discovering autotune and all that…”