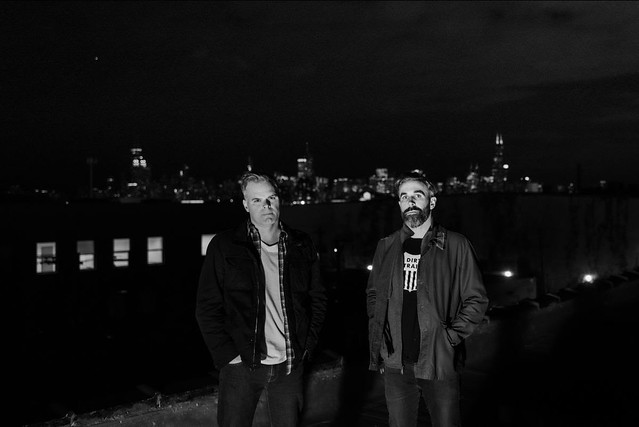 Alt-rock pillars Local H share their latest single, “8:46,” following its performance and video debut at their two-night sold out drive-in concerts in Illinois last month. The intense instrumental piece is a wordless tribute to George Floyd and the Black Lives Matter movement.

Most recently, Local H released Lifers, the band’s ninth studio album. Lifers Features contributions by an array of respected friends and guests — including Juliana Hatfield, John McCauley of Deer Tick, and legendary rock engineer Steve Albini — LIFERS is the first album from Local H in five years, and the release coincides with the group’s 30 year anniversary (and our collective doom).

Said Local H frontman Scott Lucas: “It feels kind of weird to have a record coming out while all of this is happening. The only thing that I’ve ever seen that’s been anything close to this is 9/11. Our fourth record was supposed to come out that month in 2001, but after THAT day it got pushed back to the following year. Tour dates got cancelled. A bunch of shit got shut down. At the time, those delays and setbacks felt like everything. Like it was the worst thing that could happen to us. It was childish and more than a little selfish — and I’m ashamed to admit that I even felt that way.

“And now, even MORE shit has been shut down. More people are going to be directly affected. And what’s worse, we can’t gather together and try to make sense of it — not in the way we used to be able to. We can’t go out and see our friends. Most of us can’t even visit our families. On top of that, people are losing their jobs. People are losing their LIVES. So once again, I’m a little ashamed. I’m ashamed to ask anybody to pretend that our little fucking record means anything in this time of great and collective tragedy,” he added.

Watch the official music visual for “8:46” by Local H on YouTube:

Unlike so many of their peers from the 90s, Local H have refused to slow down. Since the band’s formation in 1990, they have released 8 studio albums, countless EPs and live records, a well-received series of “Mix Tapes” featuring a surprising mix of cover songs, and a steady stream of memorable singles that include “Eddie Vedder,” “Hands on the Bible,” “California Songs,” and the rock radio staple “Bound for the Floor.” In addition to all of that, guitarist/vocalist Scott Lucas and drummer Ryan Harding have maintained a near constant international touring schedule — forging a blistering live show that has amassed a loyal and enthusiastic fan base.

Visit Local H’s website for more music and info on the drive-in concerts.