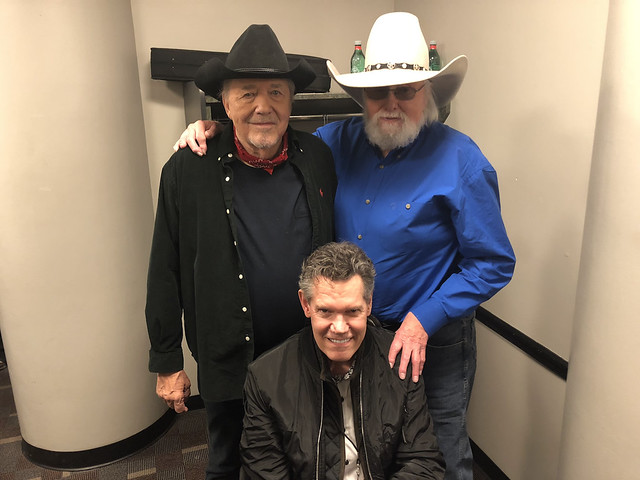 Charlie Daniels’s biggest hit was “The Devil Went Down To Georgia,” but it’s not his best song. In my opinion, his best song was “Then, Now, and Until the End,” a celebration of the roots of American.

The song ends with the lines:

I’m the roots of American music
And I’m always there, just below the service
And when the chaff of trend and bad is swept aside
I’m exposed again
Strong, pulsating and very much alive
The winds of change may blow the tree away
But the roots remain, then, now and until the end.

Charlie Daniels and I didn’t agree on a lot of things. He was an outspoken conservative, and I am an unapologetic liberal. But we share a deep, sincere appreciation for the roots of American music.

A few years ago, I was talking to someone after seeing the “LSD Tour” (as in Lucinda Williams, Steve Earle, and Dwight Yoakam, billed as “it’s worth the trip”) at MGM National Harbor. My fellow concert-goer wisely explained that while he had major differences with Steve (who is quite outspoken) on politics, he appreciated the songcraft and talent.

As a player, Charlie Daniels was phenomenally gifted. He started out as a session musician, and he backed Bob Dylan on Nashville Skyline.  Late in his career, he dedicated an album to the Nobel Laureate, Off The Grid: Doin’ It Dylan.

Chuck Prophet, an Americana singer-songwriter, poked at conservatives on Twitter recently, commenting how poor their choice of music was: Kid Rock, Ted Nugent, and Charlie Daniels. Grouping Charlie with Kid Rock and Ted Nugent is unfair; he may share a political orientation with them, but he’s an entirely different class of musician. Charlie had a gift that, even if you disagreed with the man, you couldn’t deny.

We’ve lost two giants of American roots music in 2020. Unlike John Prine, Charlie Daniels death was unrelated to the current pandemic. He passed away in Nashville on July 6 after a hemorrhagic stroke, at the age of 83.

Thanks for the music, Charlie — then, now, and until the end.