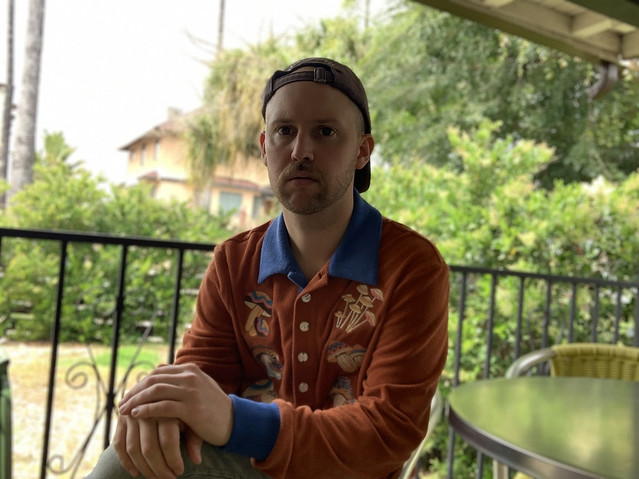 About the song DA Stern says:

The video for “Tall Girlfriend” is pretty much a literal interpretation of a joke. The song follows, more or less, a set-up/punchline structure so we wanted the video to emphasize the humor behind it. It was obvious that we needed two people who were exceptionally mismatched in height so casting was everything. Thaddeus Ruzicka, who directed the video, took it up a notch by introducing a story about a tall businesswomen’s convention, which always reminded me of Romy and Michele in the best way. There is no real reason for why I’m dressed in a cheap rococo costume, other than it was lying around and seemed to underline the surreal inanity of the whole thing.