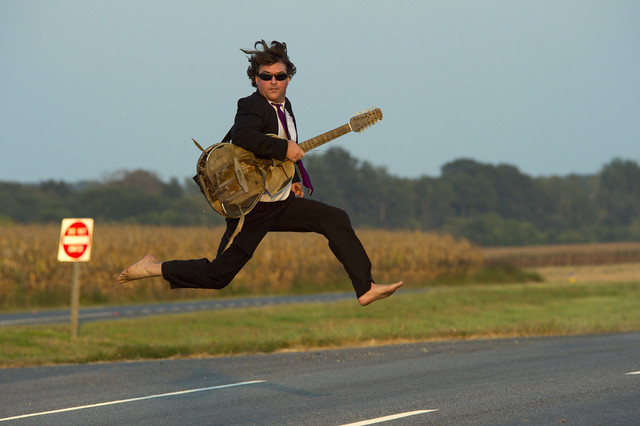 Since then, Keller has embraced live-streaming in our pandemic times, and he has a show on Wednesday, Aug. 19 via StageIt that’s sure to touch on his collaborations with The Keels and more!

Keller’s dynamic and unpredictable live performances, along with his ability to seamlessly transition between genres, has earned him a loyal cult following as well as praise from press, including Billboard, Entertainment Weekly, Relix, Acoustic Guitar, and more. Keller upholds his reputation as an artistic force, building a prolific career which spans 25 albums and multiple creative endeavors.

After the release of his instrumental album SANS in 2018 and its follow-up ADD in 2019, SPEED once again showcased Keller’s masterful penchant for collaboration and innovation and proves he’s not planning to slow down any time soon.

Watch Keller and The Keels perform “Medulla Oblongata” from their latest album on YouTube:

For most of Keller’s career, he has performed solo. His stage shows are rooted around Keller singing his compositions and choice cover songs, while accompanying himself on acoustic guitar. With the use of today’s technology, Keller creates samples on the fly in front of the audience, a technique called live phrase sampling or looping, with nothing pre-recorded. The end result often leans toward a hybrid of alternative folk and groovy electronica, a genre Keller jokingly calls “acoustic dance music” or “ADM.”