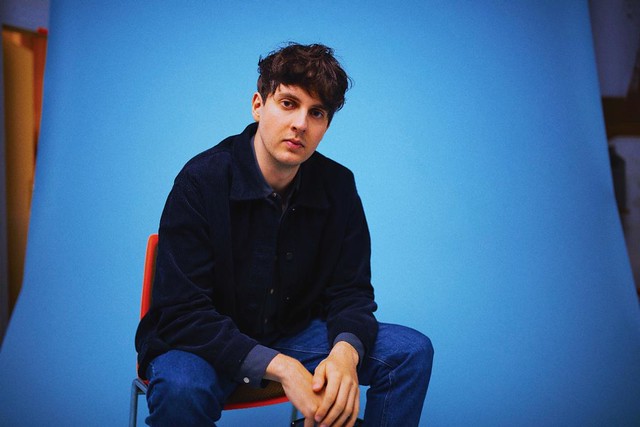 After causing a stir in June with “Sign,” his first new studio recording since 2018 which Stereogum called “a thumping house-pop jam with an emotional ballad at its gooey center,” acclaimed artist and producer Marius Lauber AKA Roosevelt today shares the follow-up single “Echoes.”

This late summer special showcases a totally different side of Roosevelt – a space disco opus with layers of vocals revealing a wide narrative arc that simultaneously taps into euphoria and nostalgia.

Said Roosevelt, “I often see the recording process as an experiment as to how much of a band sound I can create on my own. It still really excites me to produce something that sounds larger than my little recording studio, so even when I could hire musicians to come in and play parts, to me there’s something magic about doing it all by myself with my sometimes mediocre skills on some of the instruments I record. ‘Echoes’ is a good example, as I wanted to create a really rich and lush production, a ‘disco orchestra’ kind of sound, with lots of layers of sound.

“Something I did on Echoes, which I haven’t done for quite a long time, was to have a musical and lyrical resolution as a second part of the track, that works as a reply to the beginning. While the first half is about being worried about never being able to forget a person that was important to you, the second half is about coming to terms with the fact that you’ve made these memories, knowing you can always slip into your memory to dive back into those feelings you once had. It builds into a very nostalgic and euphoric moment and turns dealing with the past into something positive and ecstatic.”

Roosevelt is and always was a dedicated music lover, with a rich knowledge of several decades of music, from yacht rock to Balearic textures, house euphoria to sub-zero techno, he’s drawn to all forms of dance music. Guided by the emotional and physical connection to music, he uses his outstanding skills in electronics to create music that pushes and pulls between the body and the mind. It’s the warm emotional touch that drives his music and made people fall in love with his tunes since his very early singles, his outstanding debut album ‘Roosevelt’ (2016) and the bold, addictive follow up ‘Young Romance’ (2018). And it is Roosevelt’s warm emotional touch that also drives ‘Sign’ forward again.

When not locked in his studio cranking out the hits, Roosevelt is also an in-demand producer, collaborating with Classixx and Washed Out or remixing artists like Rhye, Chvrches and Charlotte Gainsbourg. Alongside his successful live career, relentlessly touring with his band all over the world, he has also DJ’d at landmark clubs like Berlin’s Panorama Bar and London’s Fabric, rocked festivals such as Primavera Sound, Glastonbury, while also appearing on Boiler Room.