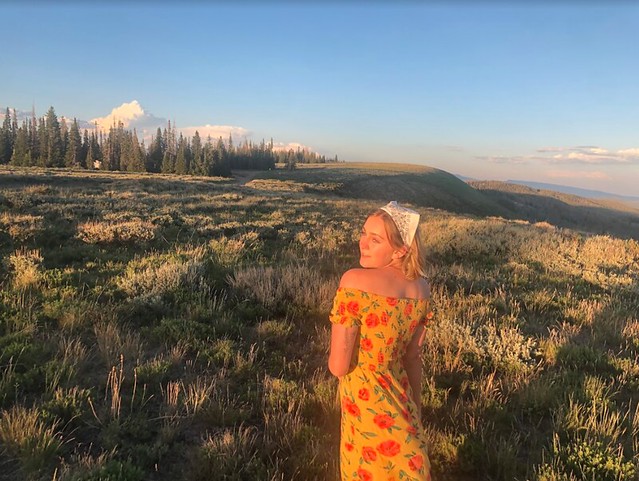 Written by Jenna, Cole, and Timothy, “Blocks” provides a temporary escape: a chance to observe inward. Combining production elements of ’90s experimental pop with dreamy, cinematic vocals, “Blocks” encourages introspection in a hypnotic sort of way. The lyrics provide a new take on the old cliché, “The grass is always greener.” Insinuating that sometimes, the grass just “won’t grow,” and we need to learn to be happy with what we’ve already got. We’re left with an understanding that we may never feel completely satisfied, and becoming ok with that.

The track title enters the lyrics in the second verse with, “Falling backward only adds to the plot, a step ahead is only breaking a block, runny nose drippin’ out of your thoughts, I always wished I could be someone I’m not yet,” using a runny nose as a metaphor for breaking down mental blocks and reaching a state of acceptance.

While the lyrics explore poetic depth, the song as a whole is easy to digest with catchy melodies and familiar production. 808s combine with dreamy guitars and synths to create a pop-driven cinematic atmosphere. You’ll find yourself immersed in a dream-like state, with a catchy hook that keeps you coming back.

Cloud Baby met at Altru Creative, a Nashville content creation based artist development company, where they all work. They spent their downtime collaborating in Altru’s studios. What started as a just-for-fun side project, quickly transformed into something bigger. As the four began creating together, the sound developed, taking influences from Jenna’s pop/singer-songwriter background, Cole’s ear for unique samples and experimental songwriting, Timothy’s background in cinematic dark pop, and Greg’s love for upbeat/dance tunes. The result is a refreshingly new sound, which maintains a pop-based familiarity that keeps the tracks easy to digest.

Cloud Baby has several more singles planned for the remainder of the year before an eventual full-length.