The voice of country music in the DMV is a big, bright voice that belongs to Virginia native Karen Jonas. A regular sight on DC concert stages, Karen releases her fifth album, The Southwest Sky and Other Dreams, on Friday, Aug. 28 via Yellow Brick Records.

On past tours, Karen has visited Texas, New Mexico, California, and their neighbors, scribbling notes while on the road. She drew upon those memories to animate the characters of The Southwest Sky and Other Dreams. The results are a little bit peppy and a little bit sad but always full of life.

Prior to the new album’s release, Parklife DC’s Mickey McCarter chatted with Karen about the record, her band, and her desire to get back on the road. And Karen plays a free outdoor album release show with her full band at Jammin’ Java on Thursday, Sept. 10.

Mickey McCarter: I was just listening to the album before calling you. And what a lovely piece of work. It sounds very uplifting — and also sorrowful in spots.

Karen Jonas: Thank you. I’m glad that it plays as uplifting. When I’m talking to people about the record, I try to explain. It has all these stories where if I just told you what the songs were about, they might sound like downers. So, they’re sad songs or sad stories. But we really have to interpret how the characters feel about their own story. And then at the end, they’re not simply sad stories. These are people that are living very real lives, even if they’re characters that I have imagined. In some ways, we’re celebrating that about them, even if they may not have ended up where they wanted to be.

MM: There’s a spirit in those songs: “Well, I’m going to get up and try again.”

KJ: That’s right. And I feel like that’s probably the most important part of the message. We all have to try again.

Watch the official music video for “The Last Cowboy (at the Bowling Alley)” by Karen Jonas on YouTube:

MM: I love how the album talks to a state of mind but also relates that to a physical place — to the Southwest. What was the inspiration behind that?

KJ: I write a lot. I’m always looking toward the next album. And I love albums as thematic pieces themselves. I love that each has its own story, but I also love to stack them into a bigger story, as a record. So, as I was looking toward this record, and I started to see these themes emerge through the Southwest. I’ve been out there a couple of times.

I really started to see it through questions of reality and perception. What is the difference? And how much does reality matter, compared to our perception? That’s sort of esoteric and difficult to be really excited about. But I was able to tie that, like you said, to a place — to the Southwest. It became a destination that we’ll never reach. In the case of the characters on the album, they are having these strange dream worlds out there themselves.

MM: When you were traveling in the past, were you thinking to yourself, “Oh, I’m going to write some songs about being here in the Southwest.” Or did you reach back to that time for inspiration in the album?

KJ: I found a couple of notes that I had made in a notebook or on my phone from the times when my guitarist Tim and I were driving around through West Texas. We’ve done a few tours from Austin, and we drive through and up to Santa Fe. And it’s a beautiful drive. You sit in the car for a long time, and you have a lot of time to think about things. At some point, I made notes about things that went into the songs “The Last Cowboy (at the Bowling Alley)” and “Pink Leather Boots.” I felt compelled to revisit my memories around those experiences and find the stories within them.

MM: Since you mentioned Tim Bray, some of our folks at Parklife have had an opportunity to cover a few of your shows for the blog, whether it was at Pearl Street Warehouse or The Hamilton, or wherever else you might’ve played. One of the things that they always tell me is that Tim is such a wonderful sideman, and the two of you have such great chemistry. I’ve exchanged emails with him, and he’s a true gent! What is the key to your musical relationship?

KJ: We’ve been playing together for seven years now, which is longer than I’ve done most things in my adult life. I am so grateful to have him in the band. And his dedication to what I have been doing is beyond flattering. He could be doing whatever he wants, and he’s been so engaged in both the music and the business.

Tim is always prepared for everything that I’m not prepared for. If we’re going to gig, he has already packed the car with gear. I sort of stumble out the door and jump in, and ask where we’re going. But he’s just organized. He’s a really smart and really great partner to have in this strange business.

He’s such an amazing guitar player. We have a lot of fun too. So, there’s that.

MM: You’re an amazing guitar player yourself. How did you get into it? How do you and Tim complement each other?

KJ: I’m pretty much self taught. My dad played guitar when I was a kid. I was used to hearing him play around. He played a Joni Mitchell record for me when I was 16 years old. I heard it and I had an a-ha moment: “I’m going to do that.”

KJ: I picked up his guitar one day, and he maybe taught me a couple of James Taylor songs. And from there, I learned a lot. I could find some chats online, but not as much as you can now, and I picked up more from the internet. I learned a lot from just trying to play songs that I liked, and I learned a lot just from writing.

So, I’m self-taught, and Tim is a teacher. He’s been teaching around here for going on 25 years now. And he’s been teaching in the Fredericksburg area. That’s one of the funny things about our partnership I don’t think he’s ever tried to tell me anything about how to play guitar. But I suspect I could learn some things. I’m grateful for the respect that he has for the way that I play, which is pretty different from the way most people play, it seems. My hand style is unusual. I have an unusual strumming style perhaps! If Tim had that style himself, he may have tried to fix it. With me, he sort of embraced it as part of what we do.

MM: In the times we find ourselves in, a lot of us are staying home because of COVID-19. We can’t go to shows. There are some exceptions, and we’re going to talk about that in a minute! What have you been doing with your pandemic lockdown time? And do you think your album might speak to that a little bit to these times we are in, even though it wasn’t planned that way?

KJ: I have four kids here at home. I have spent my COVID downtime with a house full of people. Everything was canceled for them, too. Schools are coming back in a virtual way right now. So, I’ve been pretty busy, but definitely missing the amount of live shows that we used to play. It’s coming back a little with some outdoor shows. It has just been a relief to go play songs again.

It’s challenging to find space at home to really focus as much as I’d like sometimes. We’ve been doing some outdoor shows and I’ll continue to, hopefully, as long as the weather permits.

This record is about that idea of dreaming of things but not necessarily being able to go do them. I do wonder if that might speak to some people during this strange time,

MM: When I was listening to the album, I thought, “I know she recorded this way before the pandemic, but darned if there isn’t something in it that really speaks to the moment.”

KJ: I hope so. I hope people find it that way. And I hope it’s somewhat of a relief or an understanding for people. 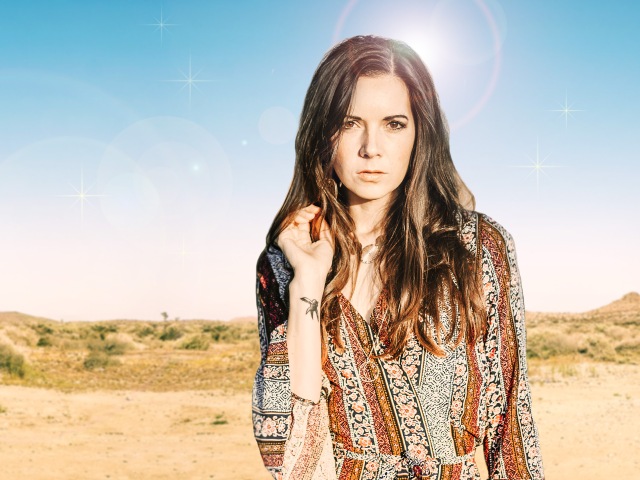 MM: And speaking of outdoor shows, you have a show coming up on Sept. 10. Will we hear all the new songs?

KJ: Yes. We’re excited about that show. We’ll have the full band there. We’ll definitely be playing the record. And I hope that people will be excited to hear that! Then, we’ll play some of our favorites too.

MM: The new album is such a dream — the songs sound so crisp and alive.

KJ: We should give a shout out to EP Jackson, who produced the record with me, here at our home studio. He did a ton of work helping us get our full band’s sound into this record. I’m really grateful to him and his skill and knowhow.