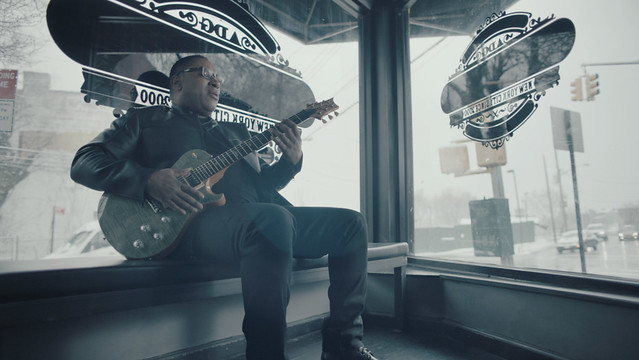 In the wake of social unrest and long-overdue increased awareness of institutionalized racism surrounding the murders of George Floyd, Breonna Taylor, Ahmaud Arbery, and countless others, DC songwriter and recording artist Alan Scott’s viral 2016 single and video “You Only See Me When I’m Gone” — written originally to address issues of race and police brutality following the tragic death of Eric Garner — was recently re-released.

The song, with a new mix by producer Mark Williams (Jonasay, OAR, Vertical Horizon), is also accompanied by an updated video directed by Lenny Bass (De La Soul, Fantasia, Jill Scott) featuring new, exclusive interview footage with Garner’s mother Gwen Carr as well as footage from the landmark 2020 protests around the globe and images of Floyd, Taylor, Arbery and Garner. The song and video are being reissued in conjunction with a petition from Carr to establish a national day of remembrance for community-led vigils and celebrations as well as calling on NYC councilmember Deborah Rose to make Garner’s birthday, Sept. 15, Eric Garner Day in his hometown of Staten Island.

“With the passing of Eric Garner Day, it is our hope that this country will collectively take a moment to remember what Eric’s death meant to the nation and how it shifted the conversation on harmful police practices,” said Gwen Carr. “Schools should recognize the day as an avenue to have important conversations about racial profiling and police brutality. The conversation should continue and be recognized yearly to remind us that we have no choice but to move forward and never go back.”

Watch the official music video for “You Only See Me When I’m Gone” by Alan Scott on YouTube:

Of the song, which was written and recorded in the wake of incidents in Ferguson, MO, and Baltimore, MD, as well as the church shooting in Charleston, SC in 2015, Alan Scott said, “My heart goes out to George Floyd, Breonna Taylor, Ahmaud Arbery, their families and friends. Their murders were completely avoidable. They should all be alive today. This is what is so terrifying about the times we live in. ‘You Only See Me When I’m Gone’ is my way of acknowledging the tragic loss of Eric Garner and too many others. It is also my way of asking, ‘Who is next?’ Eric Garner would have turned 50 this year. Please join me in support for the Garner Family as they remember Eric and the new anti-chokehold law in his name. Make September 15 Eric Garner Day.”