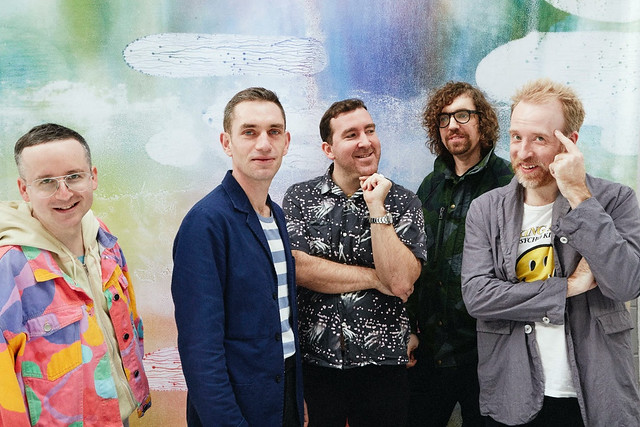 Today, in conjunction with the announcement, Hot Chip present their ethereal cover of The Velvet Underground’s “Candy Says,” through which they add an element of displacement and detachment.

A unique, personal collection that is both euphoric and melancholic, Hot Chip provide the perfect antidote to these strange and uncertain times. Along with featuring new music from the band, they have selected music from some of the most engaging artists of the 21st century, taking in pulsating electronic rhythms, hypnotic grooves and leftfield ambience.

Stream “Candy Says” by the Velvet Underground covered by Hot Chip on YouTube:

Spearheaded by founders Alexis Taylor and Joe Goddard, Hot Chip are one of the UK’s most interesting and much-loved acts. Since releasing their debut album Coming On Strong in 2004, they have received a Grammy Award nomination (Ready for the Floor) and Mercury Prize nomination (The Warning) and their seventh studio album, last year’s acclaimed A Bath Full of Ecstasy.

“I think we all had slightly different understandings of what a Late Night Tales compilation might consist of; varying interpretations of the brief,” Alexis said. “For some the mix might be what you’d want to listen to as your late night continues, after a night out. For others maybe it suggested a selection of music for listening to as you drift off to sleep; then again it could just be music evocative of night time, or concerned with its traditionally ‘darker’ moods.”