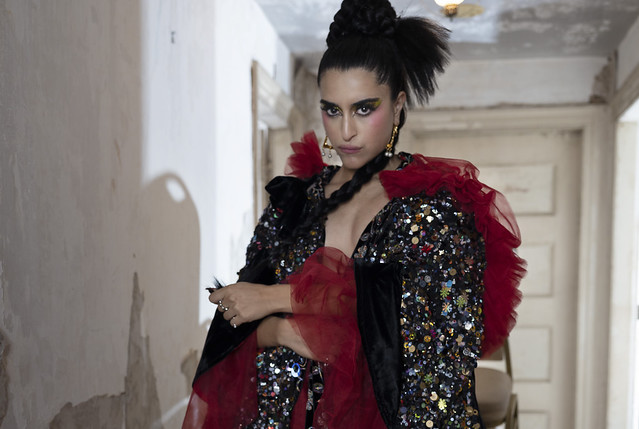 Gia Woods continues to tease the release of her debut EP, Cut Season, sharing a new single “Chaos” recently. Over skittering percussion and sustained synth harmonies, Woods laments a toxic relationship as she croons through a ghostly filter, “baby that’s the thing about us, we only find love in chaos.”

“‘Chaos’ is my most subdued track,” Gia said about the song. “The beat is still experimental, but because this song is a little floaty, it sounds like a melodramatic daydream.”

Gia further elaborated on the meaning behind “Chaos”:

“Relationships are great because you get comfortable with each other, flaws and all, but when things aren’t working, it becomes more of a codependency. One thing I realized though is not to confuse this sort of rollercoaster relationship with love. When you’re young and immature, you think that’s the only thing that matters. And while it can be fun, a relationship needs to be more than that.”

Gia Woods was recently tapped to be an ambassador for Savage X Fenty and was also featured in Calvin Klein’s Pride collection campaign alongside Brazilian drag star Pabllo Vittar and 13 Reasons Why actor Tommy Dorfman. #PROUDINMYCALVINS celebrates self-expression and the full spectrum of LGTBQ+ identities. Shot by Ryan McGinley, the series of stills and videos stars nine total talents from around the world.